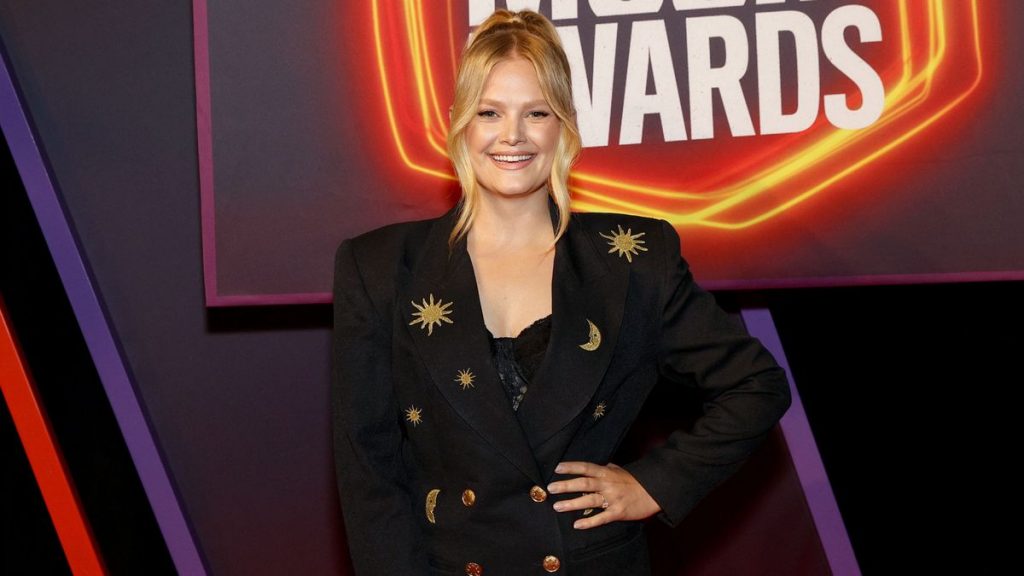 Hailey Whitters Kept Herself Sane in Quarantine by Songwriting

2019 CMT Next Women of Country class member Hailey Whitters was a part of 2021’s CMT Music Awards via the Ram Trucks Side Stage, alongside Blanco Brown, Dylan Scott, Lainey Wilson, Niko Moon and Tenille Arts. While on the red carpet, the singer-songwriter who’s worked with Lori McKenna, Little Big Town, Alan Jackson, and more offered to CMT a few notes about how successfully maintaining her songwriting abilities during quarantine proved beneficial.

“Songwriting helped me keep my sanity during quarantine. Without being able to play live, I became creative again,” Whitters noted. Regarding the idea of writing virtually instead of in person, she added, “Zoom songwriting was difficult initially, with the awkward silences because of poor internet connections. But eventually, I got into the groove and rhythm. Now, it’s really great. Overall, it’s a constructive addition to how I create.”

As far as how Whitters occupied her time when not sitting on Zoom and crafting potential hit singles, she — like all of us — took up a quarantine hobby. In her case, she again took up learning how to speak Spanish fluently and attempted to teach herself how to play the banjo.

“My banjo skills are coming along. I’m by no means a banjo wiz, but I think I know enough to be able to bring it out on stage for a few songs — like my track ’Heartland’ — on tour,” noting her 2019-released single about her Iowa roots. As far as Spanish, her developing skills with the language could potentially offer something unusual.

“I took five years of Spanish in school, and I decided I’d love to be fluent in the language. And yeah, it might be fun to write some songs in Spanish, too. It’d be a cool challenge.”