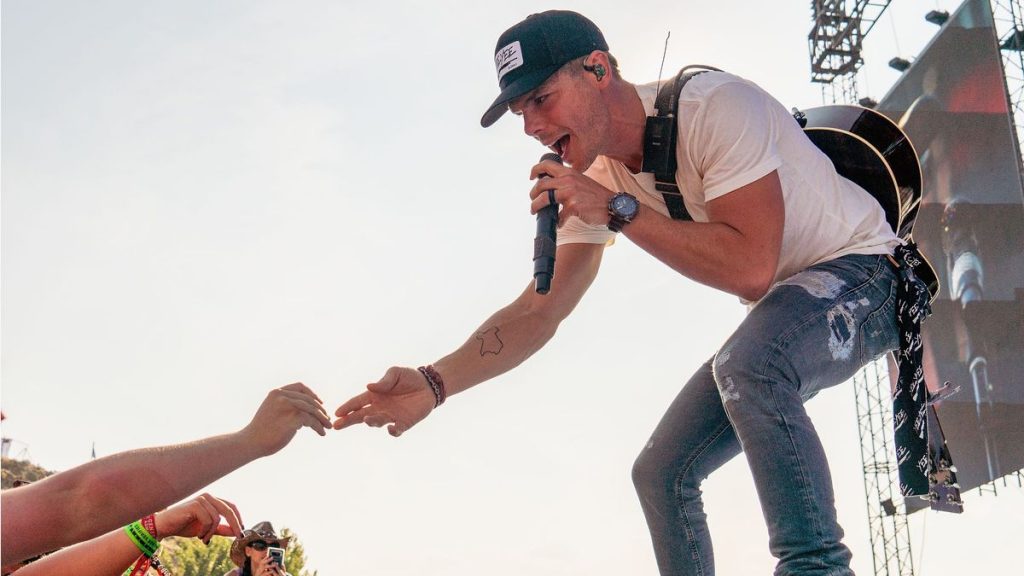 Because it’s so good, and it’s so him. But also because it’s the first new one he’s shared since his youngest son, River Kelly Smith, died at the age of three in a drowning at the Smith’s home in Texas last summer. Smith’s last single was “You’re in It,” which was released in 2018.

And in a press release, Smith talked about how this isn’t just another dirt roads song. He penned the tune with Chris DeStefano, Bradley Rempel and Jon Nite.

“It’s interesting to take a song title like ‘That’s Why I Love Dirt Roads’ and spin it against the grain from the typical country song. Instead of covering beer, girls, and tailgates, what if that song turned the setting into an introspective anthem for living life in the present moment; almost a country meditation,” Smith said of the song that recommends dirt roads as a place for talking to God, getting lost, finding your way, getting stuck and falling in love.

“What if dirt roads were the place to escape, get lost in thought, and be closest to God? We tried to write this song where dirt roads became the sanctuary, a place where we feel most at peace.”

We hope the Smiths find that sanctuary and not stay dark forever, as they explained in the half-hour video they made shortly after River’s death.

“We’ve been on quite the journey these past few weeks. I’ve been dark on social media, but I still have a full understanding of the responsibility placed upon me as a public figure. I can choose to snuff that influence, or instead use my platform (in relevancy big or small) towards what I believe is right. I believe I’m obligated on certain levels to include you guys in my current journey, as I’ve been involved either personally or musically in yours,” they shared.

“The finality and mortality brought on by death makes life feel fragile. It can weaken, terrify and separate those close to it. But it can also awaken us. It can remind us never to take a moment with those we love for granted. In my house, we have united stronger and closer than we’ve ever been. We’ve cried. We’ve smiled. I’ve held my family tight. I’ve found strength from God and used that in the face of adversity so that my wife and children can rely on me. I’ve guarded my heart and my mind during weak moments and graciously accepted all of the encouragement and empathy from so many. I have realized that I will not slave over a search for answers, but instead for meaning. I will focus and then cultivate the light from a dark place, the good from the bad, God’s will from my own plans. I can rest assured knowing that River’s assignment on earth was always intended for 1116 days and not only did he live it to the fullest, but he lived it loved by so many, including a mother, father, sister and brother who held nothing back and have no regrets on how much he felt that love.

“We should all be so blessed to be able to live like Riv.”