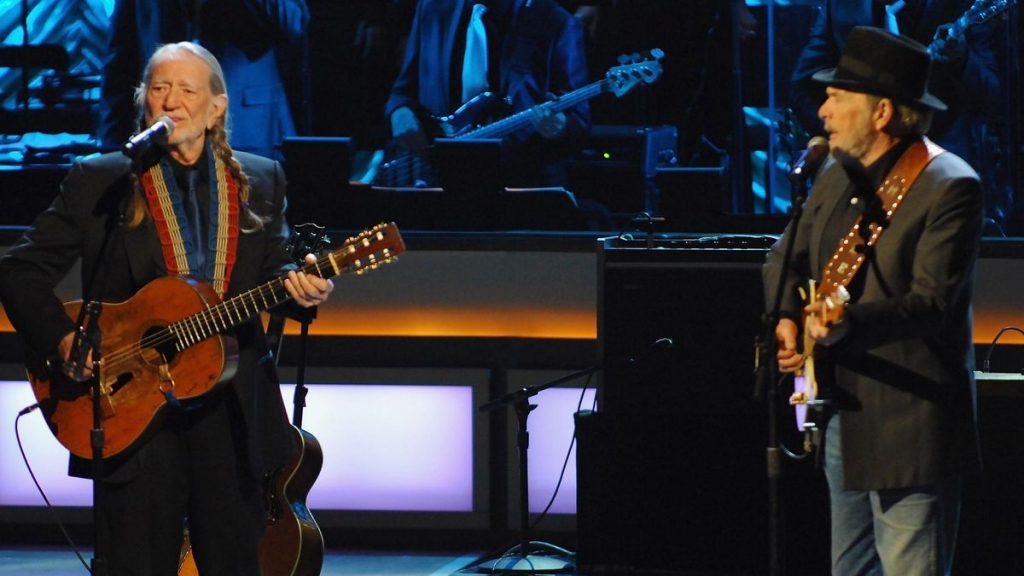 One of the most beloved country duets of the 1980s, Willie Nelson and Merle Haggard’s “Pancho and Lefty” is among the 2020 inductees to the Grammy Hall of Fame. This No. 1 hit, recorded in 1982 and released in 1983, was written by Townes Van Zandt, who appears several times throughout the video. (That’s him at the one-minute mark.)

Nelson and Haggard had never heard the song until Nelson’s daughter, Lana, suggested it. At a time when music videos were brand new, with CMT and TNN both debuting in 1983, this cinematic clip helped propel the captivating story song to success. Haggard and Nelson also titled their collaborative album Pancho and Lefty.

Nelson’s prior recordings inducted into the Grammy Hall of Fame include the albums Red Headed Stranger (1975), Wanted! The Outlaws (1976), and Stardust (1978), as well as the singles “On the Road Again” (1980) and “Always on My Mind” (1982). Haggard’s recordings in the Grammy Hall of Fame are “Mama Tried” (1968) and the album Okie From Muskogee (1969). Both men are recipients of the Grammy Lifetime Achievement Award.

The Grammy Hall Of Fame was established by the Recording Academy’s National Trustees in 1973 to honor recordings of lasting qualitative or historical significance that are at least 25 years old. Inductees are selected annually by a special member committee of eminent and knowledgeable professionals from all branches of the recording arts.

The Grammy Awards will air live on Sunday, January 26, on CBS.