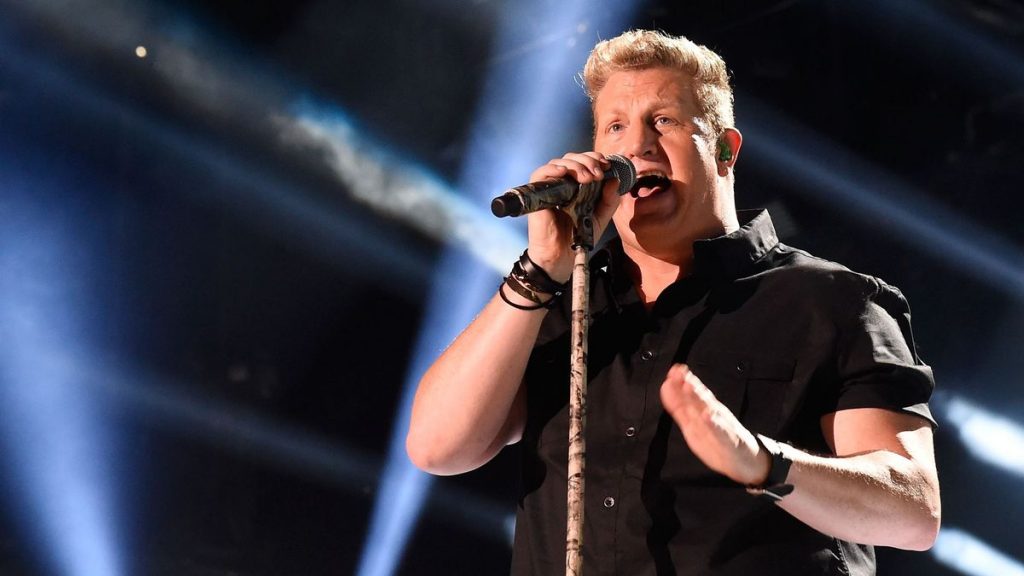 Gary LeVox is letting his faith lead the way on his uplifting debut Christian single, “The Distance,” which releases today via Big Machine Records. After two decades of hits like “Bless the Broken Road,” and “Life is a Highway” with his Rascal Flatts bandmates Jay DeMarcus and Joe Don Rooney, LeVox stepping out on his own with an upcoming Christian music EP, followed by a solo country project.

LeVox penned “The Distance” alongside Josh Hoge and Matt McVaney in early 2020, just before the coronavirus lockdowns began.

“It was the first song I wrote for the record, and you had the election stuff going on, then the pandemic hit and we kind of tightened up and it was a passion project,” LeVox told CMT. “I’ve always wanted to do a Christian record, and then the pandemic hit and that’s when everybody was freaking out over the toilet paper and hand sanitizer. I was like, ‘Look, we’re going to have to put our hope into something else than some toilet paper.’

“People were dying from this disease and everybody was sacred. We wrote this to say, ‘You can go the distance, whatever kind of hurdle is in front of you. Sometimes it’s just too big for us and the only thing we can do is stand in our faith. We can’t lose hope during this time, no matter what comes and what the future holds, we can get through it. And I do all things through Christ who gives me strength.”

LeVox says while he was with Rascal Flatts, the conversation often turned to crafting a gospel album, though touring and recording demands kept the project from happening. For his upcoming solo work, LeVox wanted his music to be “different than what we did with Flatts,” and to that end, he began co-producing the track with writer/producer McVaney.

“He’s such a great producer and they’ve had success with Kane Brown and some Chris Young stuff. He’s so good at capturing my voice in a different way, so that’s why he ended up doing the whole rest of the project,” LeVox said.

In a way, “The Distance” is a full-circle moment for LeVox, whose very first Nashville gig came—literally— the moment he arrived in Music City from Ohio, when he was called on to sing on Michael English’s album Gospel in the late ‘90s.

“I had the directions written down, drove straight from Ohio to a studio in Nashville. I called Jay, and I remember the studio was on Demonbreun and I didn’t even know how to pronounce the street name correctly, but I did all the background vocals on the Gospel record.”

LeVox is in the final stages of creating his upcoming Christian EP, which he says includes a collaboration with “My Truck” hitmaker Breland, on a song the two wrote together called “All I See.”

“He can sing his face off,” LeVox told CMT. “He comes from the church. My daughter Brittany turned me on to him before he even had a record deal. I was like, ‘Holy crap, who is this dude?’ She told me to DM him and I was like, ‘He’s not going to know who I am,’ but she said, ‘Daddy, he’ll freak out if you DM him.’ So I did and he hit me right back. We just hit it off and then he comes out with ‘My Truck’ and it just takes off.

“We kept texting back and forth, and when he moved to Nashville, that’s when we got together to write. He wanted me to sing a song on his project, so I did a duet with him, and we were sitting there and I was like, ‘Okay, let’s repay the favor,’ and literally we wrote ‘All I See’ in like 20 minutes and recorded the vocals right then.”

The upcoming project seems to be brimming with collaborations. LeVox sings with his daughter Brittany on a Tauren Wells-penned song, “While I Wait.” Rascal Flatts previously collaborated with Wells on the song “Until Grace,” from Wells’ album Citizen of Heaven.

“And then one of my dear friends, who is one of the most phenomenal singers ever, I did a duet with Jonathan McReynolds on there and there’s a duet on there with me and MercyMe,” LeVox added.

The upcoming EP is just the latest a string of country-Christian/gospel crossover projects that have been released in recent years. Florida Georgia Line and Chris Tomlin collaborated on a duets project last year alongside Lady A, Russell Dickerson, RaeLynn and more. Tomlin also appears on Thomas Rhett’s ACM-nominated song “Be A Light” with Keith Urban, Reba and Lady A’s Hillary Scott. In 2016, Scott collaborated with her family for the Grammy-winning gospel project Love Remains, and a year later, Reba McEntire released her first gospel album, Sing It Now: Songs of Faith and Hope.

More recently, Dolly Parton has earned a pair of Grammys for her collaborations with King & Country and Zach Williams, while Carly Pearce recently teamed with CCM artist Matthew West for a new rendition of his No. 1 CCM hit “Truth Be Told.” Carrie Underwood collaborates with gospel legend CeCe Winans and NEEDTOBREATHE’s Bear Rinehart on her upcoming gospel album My Savior, and sang background vocals on one of West’s recent albums. Jay DeMarcus even launched his own Christian music label, Red Street Records, in 2018.

“It’s always been so close with Christian and country music, but I really think this pandemic has put people into the mindset of what’s truly important in life,” LeVox said of the recent uptick in gospel projects from country artists. “What we do here is incredible, but it certainly makes you start thinking about eternity. It’s been awesome, Thomas Rhett, everybody’s doing something. And all the best singers are in gospel music. They can bring the glory.”