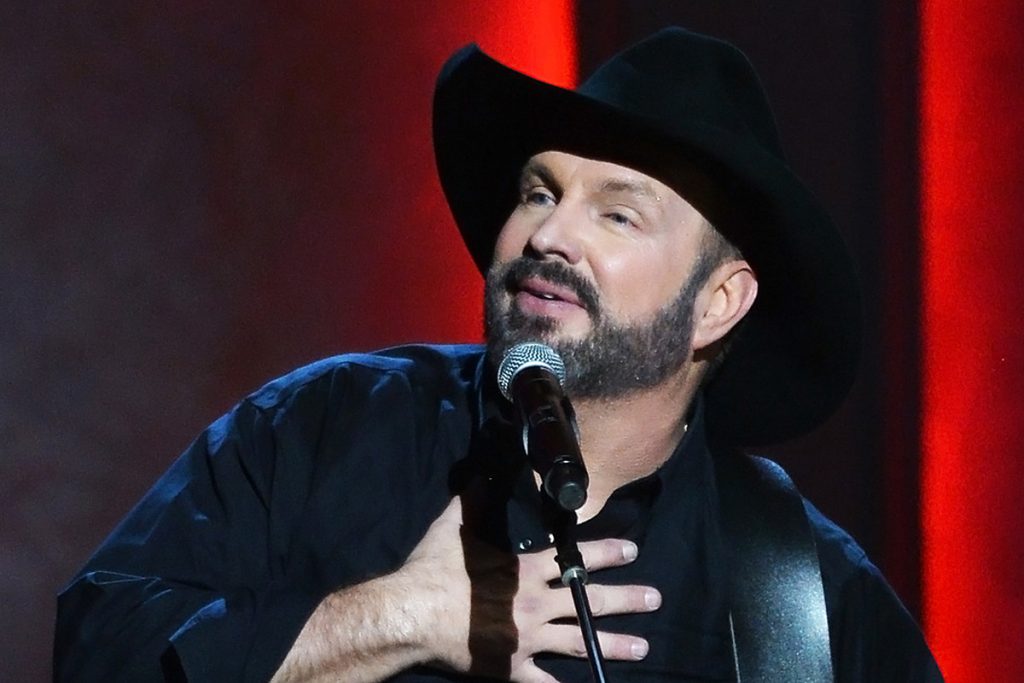 
Back in 2015, Garth Brooks said that The Lamb — the movie that his project as fictional rocker Chris Gaines was to accompany, will likely never be released — but that doesn’t mean we won’t ever hear from Gaines again.

In late 2020, Brooks hinted that something new from within the fictional Gaines universe was in the works, and during during his Monday night (March 15) Inside Studio G Facebook livestream, the country superstar offered a bit more information.

“I can’t tell you anything except: You’re going to have it in every format you can possibly imagine. It’s coming, even on vinyl,” Brooks says in response to a fan who asked if Garth Brooks in … the Life of Chris Gaines (aka, a Gaines album called Greatest Hits) would ever be made available in a format besides CD. Making the hard-to-find project more widely available isn’t all Brooks is planning, though.

“You’re going to have Chris Gaines stuff nobody’s ever heard before, either,” he reveals. “It’s all coming … I love that project, so I’m excited.”

Although The Life of Chris Gaines has sold upwards of 2 million copies, it’s considered something of a commercial misstep in Brooks’ career. At the time (1999), he was one of the biggest artists in the world, used to earning Diamond album certifications (for 10 million albums sold) and instantly selling out concerts. The singer has often said he remains proud of how the project stretched him creatively.

“I love the music, and that’s what it’s all about,” Brooks told The Boot in 2015. “Would I love to do a second one? Sure. Would I ever drop that much weight again? I don’t think I could.”

Adds the megastar, “There is a ton of Garth in Chris, once you start to get familiar with Chris’ music. But one of the things that still will never settle easy with a lot of people … is how this kind of face, that looks like this and has for a decade, sings a song that goes [sings in falsetto] ‘There’s no more waiting.’ It’s very strange to see that coming out of this face.”

WATCH: What Ever Happened to That Chris Gaines Movie Anyway?