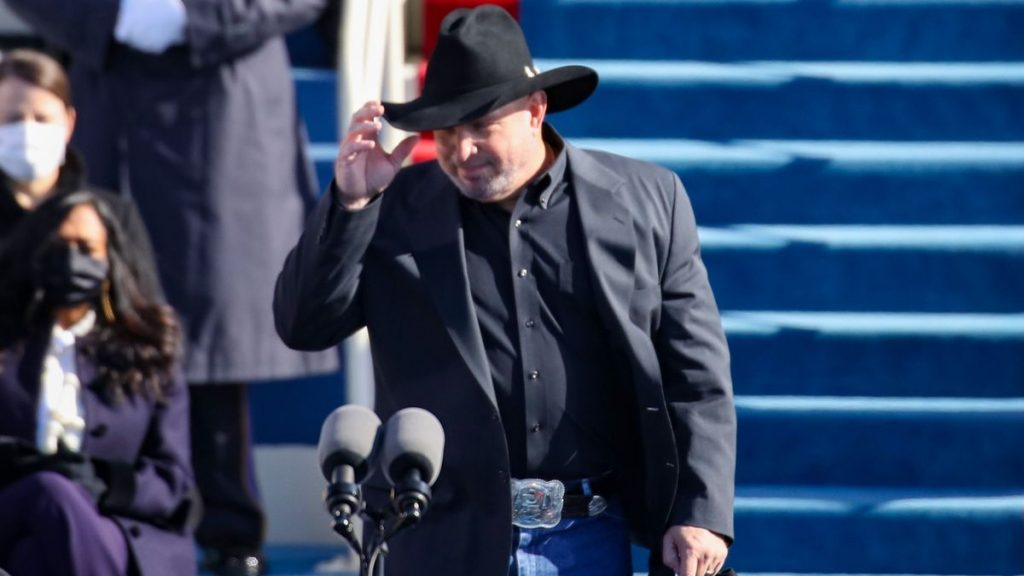 Right after U.S. President Joe Biden was sworn in at the inauguration ceremony on Wednesday (Jan. 20), he officially started his term as the POTUS with an inspired speech with a theme of unity. And then Garth Brooks walked out to the steps of the U.S. Capitol to do the same thing in song.

Brooks removed his mask and his cowboy hat to sing “Amazing Grace,” backed only by the U.S. Marine Band.

And they did. Even with masks on, it was easy to see people singing the lyrics everyone knows by heart. Even Lady Gaga, who was also there to perform at the swearing-in ceremony.

On his way out after the song was over, Brooks shook hands with President Biden, Vice President Kamala Harris, former Vice President Mike Pence, and then he gave Bill and Hillary Clinton a quick hug before leaving the west front of the U.S. Capitol.