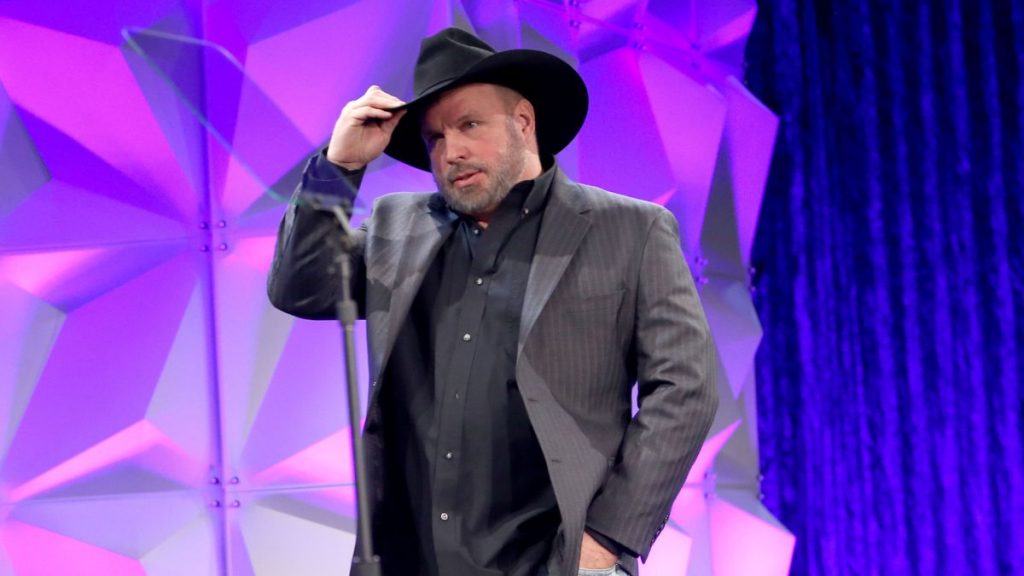 It’s not that hard to perfectly rhyme “roots” and “boots.” Or “know” and “show.” But what about “surprise” and “his eyes”? Or “champagne” and “complain”? Or “social graces” and “the oasis”?

That was the point Garth Brooks was trying to make at his show on Thursday night (Feb. 20) at the Bob Kingsley’s Acoustic Alley show, a tradition at the annual Country Radio Seminar in Nashville.

He was sharing the oft-told story of the night — in a bar — that songwriters Earl Bud Lee and Dewayne Blackwell wrote what would become Brooks’ 1990 hit “Friends in Low Places.”

“Dewayne Blackwell was at the bar, and says, ’Hand me a damn napkin,’ and he writes, ’Blame it all on my roots, I showed up in boots and ruined your black tie affair.’ He slid it over to Earl Bud Lee for ’The last one to know, the last one to show, I was the last one you thought you’d see there,’” Brooks recalled.

And with that, he urged the country music industry to urge songwriters to dig deeper.

“Here’s the thing about songwriters. They’ve got a million different ways to song write. What these guys taught me — and what I’ve never lived up to but what I strive to — is what they called pure rhymes,” he explained.

“We’re not talking about getting close. It’s not about ’tequila’ and ’tractor’ rhyming. These guys would not let ’dime’ and ’line’ rhyme, because one was an m sound and one was an n sound.”

Finely crafted songs like that, Brooks said, are the reason he was inspired to move to Nashville. And what he was there to celebrate at this intimate show.

“Songwriting. That’s what we’re here to celebrate. This is it. If you’re a sports fan, songwriters are the O linemen of music. These are the guys that strip it all down,” he said. “I came to town with one song that I wanted George Strait to cut. George Strait didn’t cut it.”

Later on, though, in the epitome of a full-circle moment, Strait did sing it for Brooks.

“I was lucky enough to get to go into the Hall of Fame, and your wife chooses who plays at that show.” When that move-to-Nashville story came up at the Hall of Fame show, Brooks said, the MC said, “And here tonight to perform ’Much to Young,’ please make welcome Mr. George Strait.’”

Then he shared the story of the mark that a kid named Randy Travis was starting to make. “In the early 80s, you were kind of scared to death of where country music was heading,” he said. “But man, Randy Travis came and nailed country music to the wall.”

Before his time was through, he again asked the men and women in the business side of the country music business to remember why they were all there. “Remember why we all thank God that we all make a living in music. It’s because of the people who create it. So force us as songwriters to better our craft. Be hard on songwriters. Be hard on the songs. That will only push the songwriters to write better and greater music.

“Songs write themselves,” he said, “you just hold the pen.”