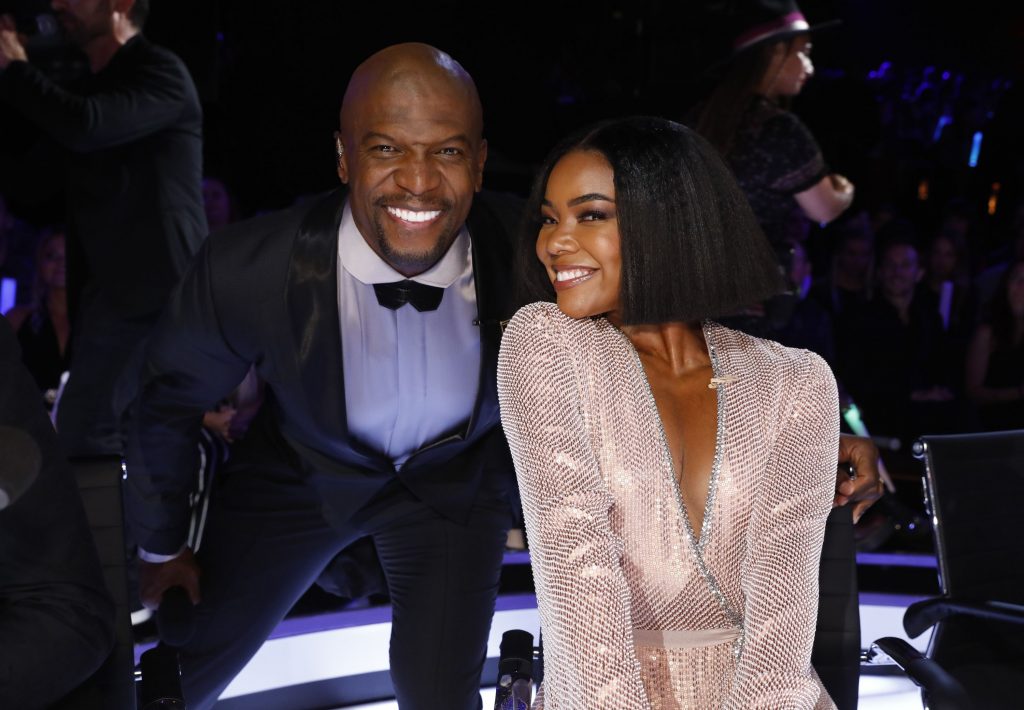 The former America’s Got Talent judge wasn’t asked back for the upcoming season after being vocal about a toxic culture, with allegations of racism and sexism, on the set — which NBC is currently investigating. On Thursday, Crews, who is AGT’s host, appeared on another NBC show, Today, and spoke glowingly of his experience on the series, declaring, “I have never been in a more diverse place in 20 years of entertainment,” and proclaiming, “It was the best experience I ever had in my entire life.” He went on to diminish the allegations, because he claimed they’re all “coming from an unnamed source,” which is disputed.

On Friday, Union posted several tweets that didn’t seem veiled regarding who and what she was responding to. In one, she said that “MULTIPLE witnesses” came forward to back her story, which she says “really exposes those who enthusiastically will throw you under the bus.” She ended by saying the person who did her dirty had forgotten “who stepped up 4 THEIR truth,” which is thought to be a reference to Union standing by Crews when he said he was groped by a male movie exec.

Thank u! Cuz girlllllll ? Truth telling, wanting change & having MULTIPLE witnesses who bravely came forward to let EVERYONE know I didn’t lie or exaggerate, really exposes those who enthusiastically will throw you under the bus, forgetting quickly who stepped up 4 THEIR truth. https://t.co/X1uooWTpmK

Another tweet asked why anyone would “gleefully get up on TV and tell lies that NO ONE disputed,” presumably referring to the Today show hosts not pressing him on his response.

And her final tweet mentioned NBC’s investigation and said that they had agreed not to discuss it publicly until there was a resolution. “But if we’re doing this,” she wrote, “Ohhhh baby let’s gooooooooooo!”

Maaaaaan… We all agreed to let the investigation be completed before speaking but if we doing this… ohhhhh baby let’s gooooooooooo!

Crews was definitely a company man while supporting NBC on NBC.

“First of all, I can’t speak for sexism because I’m not a woman, but I can speak on behalf of any racism comments,” he said when asked about the controversy and if there is indeed a toxic atmosphere on set. “That was never my experience on America’s Got Talent. In fact, it was the most diverse place I have ever been in my 20 years of entertainment. The Top 10 acts were Asian, women, older, younger, black, white, it was everything in the gamut.”

He went on to say, “Now I have to say this, too. When you look at what the allegations were about, it was given by an unnamed source. It’s funny, because I believe you should listen to women, you should always believe women, so I asked my wife what I should do. “She was like, ‘First of all, if it’s coming from an unnamed source…’ because Gabrielle Union has not made any statement to this day about any of these allegations publicly.”

While Union hasn’t given a sit-down about the controversy, she has referenced it in tweets, including revealing that she had a five-hour meeting with NBC in which she was able to share her unfiltered truth and thanking fans for support. She also alluded to it on a panel in December, saying, “Don’t be the happy negro that does the bidding of the status quo because you’re afraid,” without mentioning the show by name. Her husband, Dwyane Wade, has as well — more bluntly — called out the show for her firing.

So when i got the news that my wife was being fired—my first question was obviously why!? Iam still waiting on a good answer to that question. But if anyone knows @itsgabrielleu or have heard of her you know she’s an advocate for our community and culture.

As proud as i were of her being selected as a judge on #AGT— Iam even more proud of her standing up for what she stands for and that’s US.

It was announced in November that Union and fellow judge Julianne Hough were both out of the show — and a few days later there were reports about the toxic culture. It was reported that Union had differences with fellow judge and show creator Simon Cowell. Union reportedly got notes about her hair styles being “too black,” criticism for asking a contestant what their preferred pronouns were and blowback after she urged staffers to report an alleged racist joke made by Jay Leno to HR. There were a variety of other claims, including that Cowell smoked indoors, which is a labor code violation.

Union has seen a lot of support amid the controversy, including from Hough, who applauded her for speaking out. However, like Crews, Heidi Klum, who returned as a judge following Union’s departure, said she has “never seen anything that was weird or hurtful” on the show.” She later clarified her comments, but didn’t change her statement.