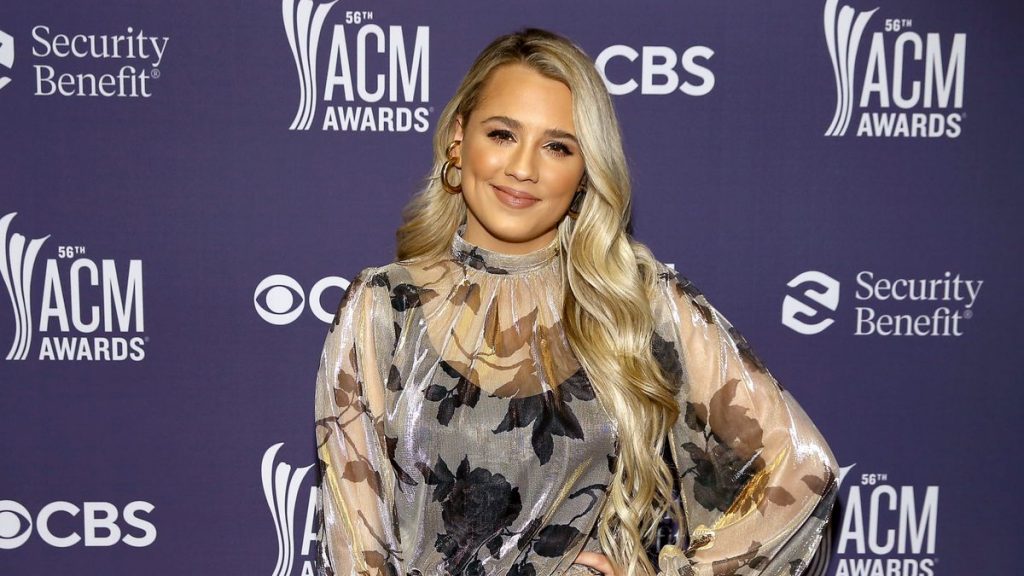 Gabby Barrett’s life seems to be going full-throttle, personally and professionally. She recently earned her second chart-topping song with “The Good Ones,” which spent three weeks atop Billboard’s Country Airplay chart, making Barrett the first female artist to achieve that feat in more than a decade.

The video for that song is nominated for Female Video of the Year at the upcoming fan-voted CMT Music Awards on June 9.

In January, Barrett and husband Cade Foehner also welcomed their first child, daughter Baylah May. In an interview with ETonline.com, Barrett reflected on how her life has changed over the past few years.

Later this year, Barrett will return to touring when she joins Thomas Rhett’s 2021 The Center Point Road Tour. She says she’s excited to bring her daughter Baylah on the road with her.

“What it’ll kind of look like, we’ll have a tour bus. We’ll have our own home on wheels, which will be nice and exciting,” she said. “She will definitely be with us. I’m really excited for her to kind of be able to watch us on the side of the stage, and as she grows, become more aware of what we do and songs and things like that. And then eventually we can write songs about her and it will just be so sweet.”

“I’m definitely looking forward to getting to now experience live shows and performances, and all of those things, with her with us,” she added. “She’s a very lullaby baby right now. So she loves music and falls asleep to little music.”

On social media, Barrett has also been transparent about the fact that life as a country singer isn’t all glamour–being a working mother, there are plenty of mundane moments, such as doing laundry or washing dishes.

“I like to show people on social media [my real life]. Social media can portray just a lot of the positive things and the upsides…but not the nitty gritty of life…It’s fun to see how people are actually living behind being a performer.”