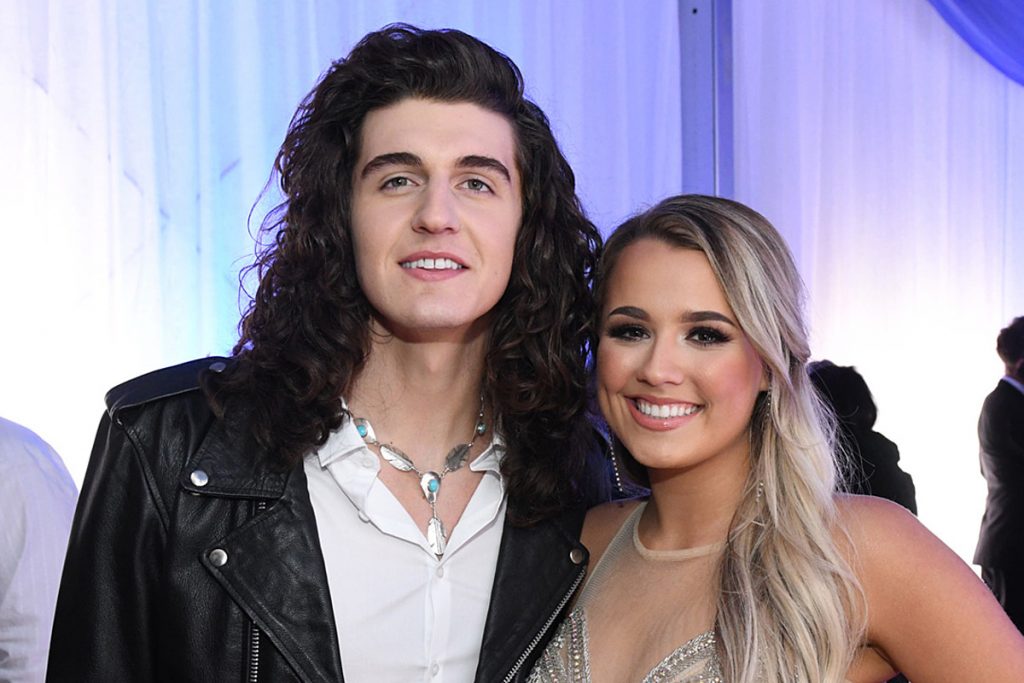 
This August, Gabby Barrett will hit the road with Thomas Rhett, Cole Swindell and a special guest: Her baby daughter, Baylah.

Barrett — a nine-time Billboard Music Awards nominee — opened up to Entertainment Tonight about what she imagines motherhood will look like once the Center Point Road Tour ticks off.

“What it’ll kind of look like, we’ll have a tour bus. We’ll have our own home on wheels, which will be nice and exciting,” she says. Barrett and her husband, fellow American Idol alum Cade Foehner, became first-time parents in January, when Baylah May Foehner was born.

“She will definitely be with us,” the new mom says of bringing baby along for the ride. “I’m really excited for her to kind of be able to watch us on the side of the stage, and as she grows, become more aware of what we do and songs and things like that. And then eventually we can write songs about her and it will just be so sweet.”

For Barrett, an artist who made her splash on country music during a global pandemic-induced touring hiatus, these experiences are sure to be extra special.

“I’m definitely looking forward to getting to now experience live shows and performances, and all of those things, with her with us,” she says of Baylah, who will be six months old when the tour starts. “She’s a very lullaby baby right now. So she loves music and falls asleep to little music.”

Hitting the road will bring Barrett’s successful year full circle. “It’s overwhelming but in the best way,” she says. “This is one of those things where it’s hard to put into words because it doesn’t really feel real.”

The 21-year-old country singer got her start on American Idol in 2018. For the past three years, the former Idol star has been living in Nashville, writing songs and hustling for a record deal. Her 2020 album, Goldmine, has brought her more than one hit on country radio, “I Hope” and “The Good Ones.”

The Center Point Road Tour kicks off Aug. 13 in Orange Beach, Ala.