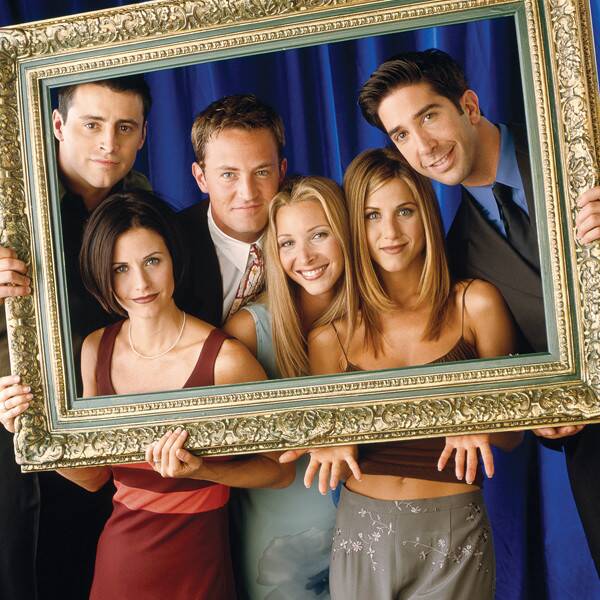 Friends Co-Creator Marta Kauffman Never Gets Sick of the Fans

It’s been almost 16 years since the series finale of Friends, but its co-creator Marta Kauffman still hasn’t gotten tired of fans talking to her about the beloved comedy.

“Oh no, I never get sick of it!” Kauffman told E! News at the Producer’s Guild Awards on Saturday. “It’s exactly like talking about one of your kids! I am so proud of it! It’s great.”

After the fervor around the 25th anniversary the show celebrated in the fall, the question Kauffman is likely being asked the most about now is that rumored reunion on HBO Max, an unscripted special that would reunite the entire cast with Kauffman and her co-creator, David Crane.

Unfortunately, something seems to be holding it back.

“I honestly don’t know,” Kauffman said when we asked if the special was still on. “I know it is something that people are interested in, whether it happens or not, it still remains to be seen.”

The special would simply be a cast reunion, not an actual scripted revisiting of the Friends characters. Kauffman had previously given her own reasons for why there would never be new episodes in an interview with Rolling Stone.

“There are several reasons. One, the show is about a time in your life when your friends are your family. It’s not that time anymore. All we’d be doing is putting those six actors back together, but the heart of the show would be gone. Two, I don’t know what good it does us. The show is doing just fine, people love it. [A reunion] could only disappoint. ‘The One Where Everyone’s Disappointed,”https://www.eonline.com/” she said.

News of the special was initially reported by The Hollywood Reporter in November, and while it was just a rumor then, it has now been upgraded to a “maybe.”

“There’s interest all the way around, and yet we can’t seem to quite get that interest all aligned to push the button on it, so today unfortunately it’s still a maybe,” Warner Media chief content officer Kevin Reilly said last week when asked about the unscripted special at TCA.

In December, Jennifer Aniston also confirmed that attempts were being made to make it happen.

“I can say nothing. Honestly, I know nothing. And I will just continue with…we’re trying. It’s a never-ending question, isn’t it? What else could make a group of six actors feel more proud? It’s bringing people joy on a daily basis,” she said in an interview with People.

If it happens, the special will likely include Aniston, Courteney Cox, Lisa Kudrow, Matt LeBlanc, Matthew Perry, and David Schwimmer with Kauffman and Crane at the very least. In our dreams, it also includes appearances from Paul Rudd, Reese Witherspoon, Christina Applegate, Tom Selleck, Aisha Tyler, and heck, maybe even Brad Pitt.

Friends will begin streaming on HBO Max when it launches later this year.