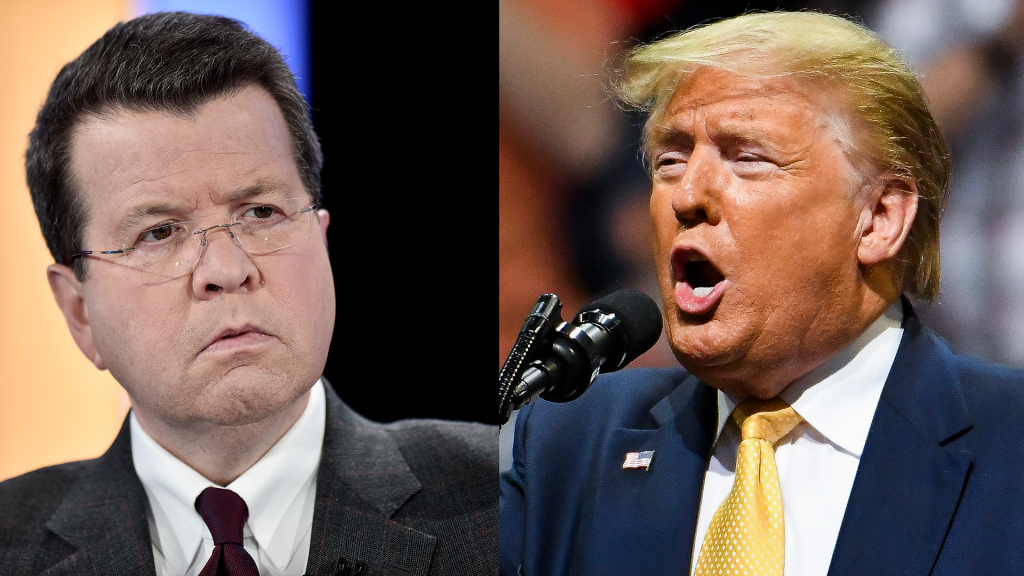 Fox News’s Neil Cavuto and a contributor to his show found themselves the subjects of a lengthy tirade by President Trump at his rally in Colorado Thursday night. For roughly ten minutes, Trump went on about his performances in the 2016 debates, holding up papers with polls showing how well he did in the debates, and taking the occasional shot at Cavuto and the contributor, A.B. Stoddard of RealClearPolitics.

“I think that Donald Trump had disastrous debate performances,” Stoddard said. “Many answers were so cringeworthy you just couldn’t even believe he was still standing on the stage, and he’s president.”

Could somebody at @foxnews please explain to Trump hater A.B. Stoddard (zero talent!) and @TeamCavuto, that I won every one of my debates, from beginning to end. Check the polls taken immediately after the debates. The debates got me elected. Must be Fox Board Member Paul Ryan!

A short time later, Trump posted a tweet calling Stoddard a Trump-hater, and claiming to have won every debate in 2016 from beginning to end. Cavuto earned his spot in Trump’s diatribe by correcting the president at the end of his show.

“[Cavuto] is someone who started this network, Fox Business, and someone who is the utmost journalist and always fair. I can tell you that about Neil. He is a fair person, a fair guy and a good man,” Regan said. “So I’m disappointed that the president said those things because Neil Cavuto, because is one guy who just doesn’t deserve it.”

Your World With Neil Cavuto airs weekdays at 4 p.m. on Fox News Channel.

Watch Elizabeth Warren call for Mike Bloomberg to drop out of the race after the brutal debate: