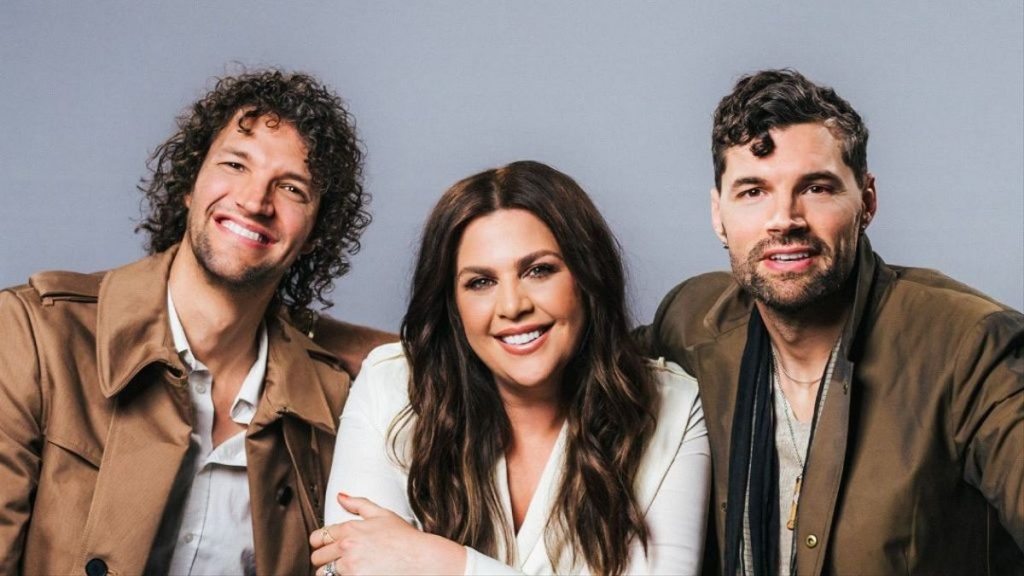 Country music fans first met FOR KING + COUNTRY when they dueted with Dolly Parton on their chart-topping “God Only Knows.” They performed the song on the CMA Awards and then wowed audiences again on CMA Country Christmas with their percussion-driven, high-energy version of “Little Drummer Boy.”

Now the Grammy-winning crossover brother duo is dipping its toes back in the genre with Lady A’s Hillary Scott. Scott joined FOR KING + COUNTRY on a new recording of their already chart-topping hit “For God Is With Us.” Out now, the latest version showcases Scott’s distinct, powerful vocals in the verses and chorus in such a thoughtful, deliberate way that her inclusion elevates the No. 1 hit to a chilling new level.

“We’ve dubbed this FOR KING + LADY,” quips FOR KING + COUNTRY’s Joel Smallbone from a tour stop in Fargo, North Dakota. “She’s great in Lady A, but I think because of the dynamic and the way they approach her vocal, there was something about the grit and the intensity, and maybe it was, maybe it was the gospel component to it that she was just so excited. I’m so proud of her, and I’m so proud of it. I say this politely to our own version, but it’s the superior version to me. It takes the song to another place it wasn’t at before.”

“For God Is With Us” is from the duo’s new album “WHAT ARE WE WAITING FOR?” which debuted in the Top 10 on the all-genre Billboard 200.

Smallbone and Scott attend church together, so working together was comfortable and organic.

“I’m truly humbled that FOR KING + COUNTRY asked to add my vocal on such a powerful song,” Scott said in a statement. “Personally, it was a treat for me to collaborate with them, and now I’m excited to share it.”

The idea came together while meetings were still confined to Zoom during the pandemic. Smallbone sent the song to Scott and her team, hoping she would feel the way she did when she heard it.

“She saw herself in it,” Smallbone said. “She saw the heart of it and felt that her voice had a place in it. That’s the test, right? It’s like setting aside all the marketing layers and the opportunistic side of it; if someone finds their voice through it, that just feels like it has to happen.”

The journey to a superstar collaboration and a chart-topping position is a long trek for a song that almost wasn’t on the album. Joel and Luke Smallbone, Jordan Reynolds and Josh Kerr originally wrote “For God Is With Us” for the duo’s Christmas album. However, Smallbone believed the idea was too big to confine the song to a holiday album. They made a few lyrical adjustments to ensure it was relevant year-round and landed on today’s chart-topping version.

And it’s not the only collaboration the men have in the works. The Smallbones have been developing an autobiographical feature-length film that tells the story of their parents’ “epic migration from Australia to America.” The film will go into production this fall.