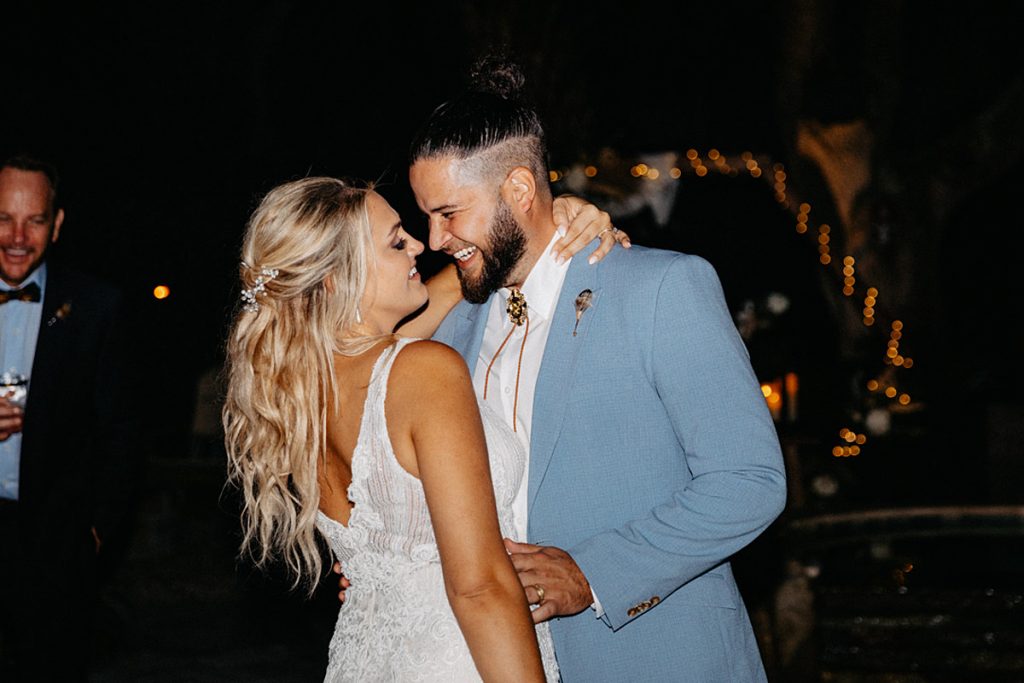 The wedding included several personal touches for the “Slower” singer — whose full name is Tyler Filmore — and his bride, a cardiac sonographer in Nashville. People shared details and pictures of the wedding and talked to the couple about the ceremony and reception. The location in Isle of Palms, S.C., was along the same beach where her parents got engaged more than 30 years ago. The reception took place at their nearby home.

The couple’s dogs were also invited, and attendees were offered hand-rolled cigars bearing the couple’s new shared last name of Filmore. Personal vows, a wedding party made up of friends and family — as well as part of Filmore’s touring entourage — and jewelry borrowed from the bride’s mother and the groom’s grandmother made the day even more special.

“The coordinates of where we (got) married are the same coordinates that are stamped on Tyler’s ring,” the couple tell People.

The barefoot, beachside wedding came soon after their engagement so they could take advantage of fall weather on the beach. They’ll honeymoon in the Rocky Mountains before returning to work and life in Nashville. Korte moved to Music City to be with Filmore (a Missouri native) after they met at a Tin Roof restaurant in Columbia, S.C., in 2017.

Musically, Filmore released his State I’m in album in 2020. He started the year touring with Lauren Alaina.