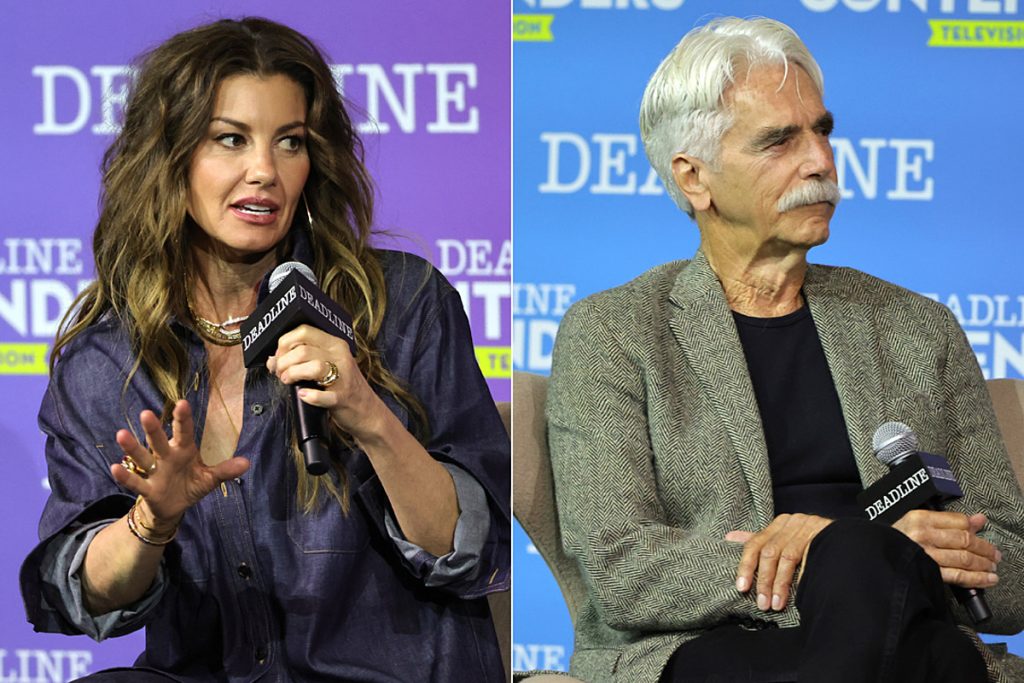 Faith Hill Stands Up for Sam Elliott After ‘1883’ Star Apologizes


Sam Elliott offered an emotional apology for his comments about the movie The Power of the Dog, and afterward, his 1883 co-star Faith Hill stood up to support him. Both appeared at the Deadline Contenders TV event on Sunday (April 10).

“That movie struck a chord with me and in trying to tell the guy — the WTF guy — about the film I wasn’t very articulate about it,” Elliott says.

“And I said some things that hurt people and I feel terrible about that. The gay community has been incredible to me my entire career, and I mean my entire career, before I got started in this town,” he continues. “Friends on every level in every job description … I’m sorry that I hurt any of of those friends and someone that I loved and anyone else by the words that I used.”

At the end of the interview with Maron, Elliott was asked about The Power of the Dog and he called it a “piece of s–t.” His remarks about homosexuality were particularly divisive. He compared the cowboys in the movie to Chippendales dancers.

Director Jane Campion responded to Elliott’s comments with a harsh rebuke. “I think it’s really unfortunate and sad for him because he’s really hit the trifecta of misogyny and xenophobia and homophobia,” Campion told Deadline last month. “I don’t like that. I think he was being a little bit of a b-i-t-c-h. Plus he’s not a cowboy, he’s an actor.”

At the end of his apology, he specifically apologized to Campion, the cast and Benedict Cumberbatch. “I can only say that I’m sorry. And I am,” he said in the slow and measured way he often adopts while making a point in interviews.

Hill jumped in when Elliott was done to defend his “amazing character.” The rest of the panel (Isabel May, LaMonica Garrett and Tim McGraw) nodded in agreement as she said, “Sam, on set, anytime if he’s said something to anyone that may have been taken offensively … he would always — didn’t matter who it was — go over and himself and sit down and apologize.”

Elliott’s comments about The Power of the Dog weren’t his only controversial remarks — he also blasted 1883 creator Taylor Sheridan’s origin story show, Yellowstone. “I’m not a Yellowstone fan. I don’t watch Yellowstone,” Elliott says. “I love Costner, there’s a lot of good people on the cast, a few of them I’ve worked with before — nothing against any of them — but it’s just too much like f—ing Dallas or something for me.”

Yellowstone: How Is James Dutton Related to John Dutton?

The relationship between John Dutton on Yellowstone and James Dutton on 1883 was mostly a bar argument until a very pivotal line of dialogue from Ep. 10 of the Tim McGraw show. Suddenly fans wanted to know who the seventh generation Dutton is. We’ve illustrated the relationships below and found the fact that is tripping people up in the quest to make sense of this family tree.