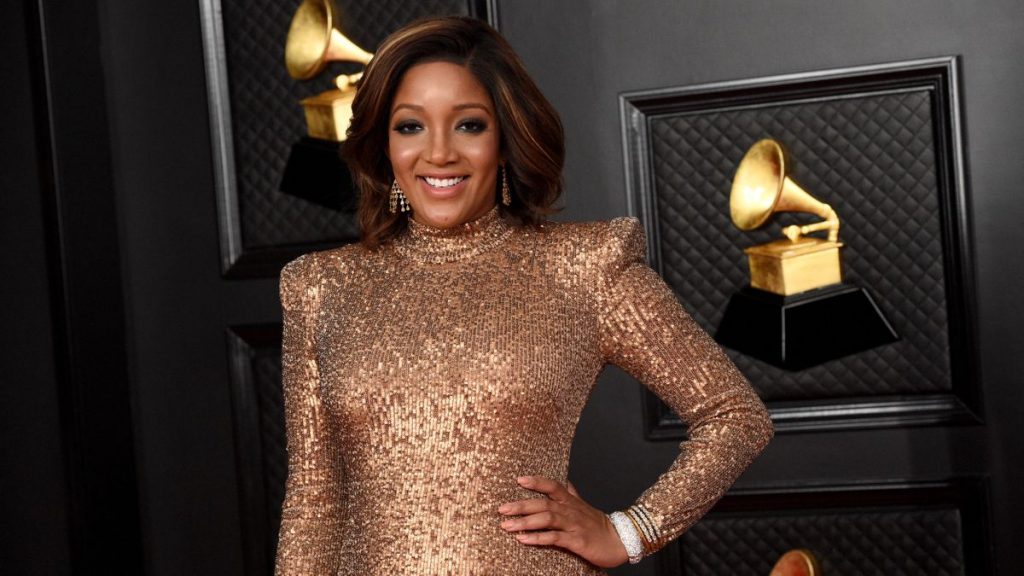 It’s safe to say that country music superstar Faith Hill loved Mickey Guyton’s recent performance at the Grammy Awards ceremony on Sunday (March 14)—Hill was so caught up in Guyton’s powerful rendition of “Black Like Me” that she forgot to hit the record button to capture the moment.

Hill shared a video clip on her Instagram, which shows the singer attempting to record Guyton’s performance, but only capturing the final few seconds as the song ends and the crowd begins to applaud.

“Aw, s**t, I missed it!” Hill is heard saying in the video clip, while Hill’s husband and fellow music icon Tim McGraw responds, “Did you?”

Hill captioned the Instagram video, saying, “Forgive me for the curse word. I wanted to record Mickey’s entire performance but I was so taken BY her performance I forgot to press record…First performance on the Grammys!!!! Killed it!!!!”

Hill also said “Black Like Me” is “the song that hit me so hard this time,” and adding, “I’ll be the first to admit that I have a lot of work to do in most areas of my life. Let’s get real. Three chords and the truth…..right? That’s how country music is described by country music artists and those that love and listen to country music. Well, this is about as true as it gets.”

With no formal promotion behind it, Guyton used social media to share “Black Like Me,” which is included on her 2020 EP Bridges, just as protests against the death of George Floyd surged across the nation. The song is a vulnerable meditation on not only her small-town roots and the work ethic of her parents, but also the injustices Guyton has experienced due to the color of her skin. Spotify representatives reached out to request that the track be added to their playlists. Audiences and music industry members rallied behind the song and Guyton.

“Black Like Me” earned Guyton her first Grammy nomination this year, for Best Country Solo Performance. In doing so, Guyton became the first Black woman to be nominated in the category, and post-Grammys, “Black Like Me” saw an 850% increase in streams on Spotify.

On April 18, Guyton will co-host the Academy of Country Music Awards alongside Keith Urban; she is also nominated for Best New Female Artist of the Year. The ACM Awards will air on CBS.