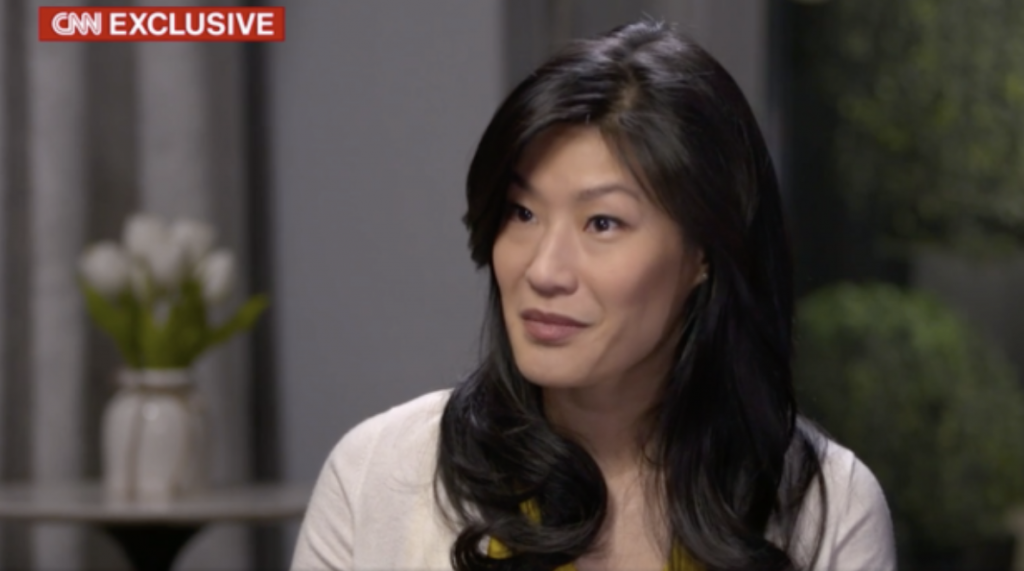 Evelyn Yang is ready to tell her story.

The wife of Democratic presidential candidate Andrew Yang revealed Thursday to CNN that, while pregnant with her first child in 2012, she was sexually assaulted by her obstetrician-gynecologist at Columbia University.

She realizes now that it began when her physician, Dr. Robert Hadden, asked her inappropriate questions during visits.

“There was absolutely no premise for that line of questioning, and it seemed like he just wanted to hear about me talking about sex,” she said. “What I kept sticking to was this: ‘OK, so my doctor is pervy. I have a pervy doctor, but I’m going to focus on having a healthy baby,’ and the idea of changing doctors was overwhelming for me.”

“The examinations became longer, more frequent, and I learned that they were unnecessary most of the time,” Yang said.

Evelyn Yang, wife of presidential candidate Andrew Yang, says she’s a survivor of sexual assault by a doctor who has been accused of abusing dozens of his patients, most of whom were pregnant at the time.https://t.co/5BXCqjAiz7

When Yang was seven months pregnant, her doctor did something even more extreme.

“I was in the exam room, and I was dressed and ready to go. Then, at the last minute, he kind of made up an excuse,” she said. “He said something about, ‘I think you might need a C-section,’ and he proceeded to grab me over to him and undress me and examine me internally, ungloved.”

Yang said she knew it was “wrong” as it happened: “I knew I was being assaulted.”

But Yang didn’t run or fight, like she had always thought she would.

“I just kind of froze like a deer in headlights, just frozen. I knew it was happening. I could feel it,” she explained. “I remember trying to fix my eyes on a spot on the wall and just trying to avoid seeing his face as he was assaulting me, just waiting for it to be over.”

She remained silent about the traumatizing incident, not even telling her husband for months afterward. Instead, she found a new doctor.

Hadden’s attorney has denied Yang’s accusations in legal filings, according to CNN.

Yang said she didn’t stop blaming herself for what happened until she received a letter saying Hadden had left his practice. She began searching online and discovered another accusation of sexual assault against him.

That’s when she told her husband — he cried — and decided to find a lawyer. It turned out that the Manhattan district attorney’s office was looking into the stories of 17 other women with similar experiences. Yang eventually testified in front of a grand jury, and Hadden was indicted. He ended up agreeing to a plea bargain and entered guilty pleas to one count of forcible touching and one count of third-degree sexual abuse. While he did lose his license, Hadden escaped prison time.

Yang was disappointed, to say the least.

She felt betrayed by the district attorney’s office and by the university, the latter of which had allowed Hadden to return to work after being arrested, when another women accused him of licking her vagina during an examination. The arrest happened six weeks before Yang was assaulted.

Yang and 31 other women are now suing the university and its affiliates, for enabling Hadden, as well as Hadden himself.

Yang decided to tell her story now, she said, because she’s felt a strong connection with the many people she’s met during her husband’s campaign.

“Something about being on the trail and meeting people and seeing the difference that we’ve been making already has moved me to share my own story about it, about sexual assault,” she said.

Candidate Yang supported his wife on social media after she shared her story.

I love my wife very very much.

Both Andrew and Evelyn Yang talked about his presidential campaign this month on The View.