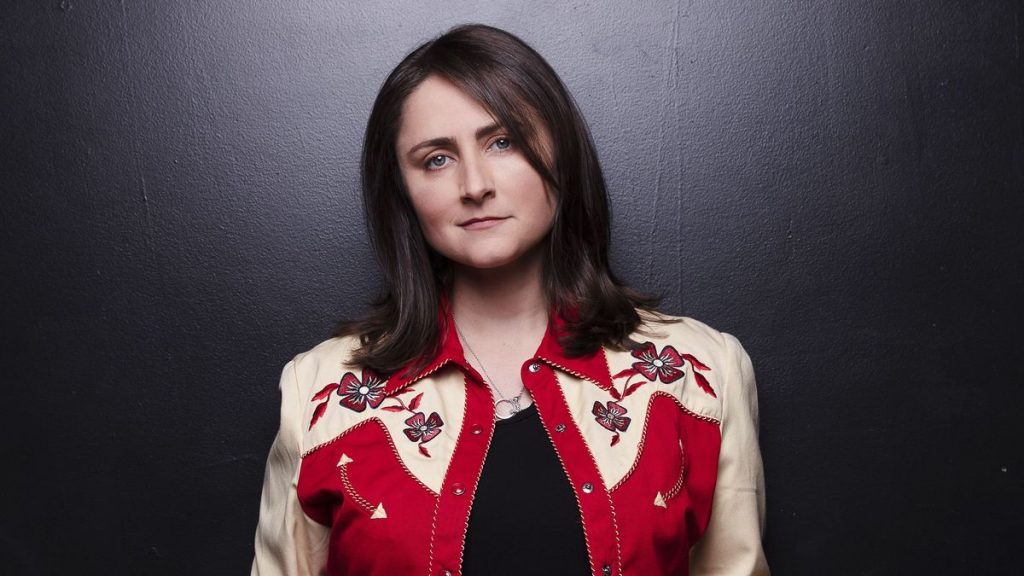 Although she’s proud to be named one of CMT’s Next Women of Country, Erin Enderlin has been part of Nashville’s music community for two decades now. A talented songwriter, she’s landed cuts with artists such as Luke Bryan, Alan Jackson, Reba McEntire and Lee Ann Womack. Meanwhile she’s built her own audiences through compelling music videos and albums such as Faulkner County, which she released through Blaster Records in late 2019.

Enderlin will soon share her music on two Texas stops on the CMT Next Women of Country Tour, headlined by Tanya Tucker. These dates are March 26 in Dallas at the Kessler Theater and March 29 in Houston at the Heights Theater. Enjoy our exclusive CMT Q&A with Erin Enderlin.

CMT: Your new album, Faulkner County, is named for your Arkansas roots. Why did that seem like the right title for this project?

Enderlin: This last year marked the year that I had lived longer in Nashville longer than I had lived in Arkansas. While I absolutely love Nashville, and it’s such an amazing part of my story, it just made me think about how after all this time, Arkansas is still “home.” I’m very proud of where I come from, and in so many ways it’s shaped who I am as an artist and a writer. I wanted to pay homage to that with the title Faulkner County — and I also like that it’s a little nod to one of my favorite authors, William Faulkner.

You had some vinyl pressed for the record too. What is it about the vinyl listening experience that you enjoy?

Growing up my first music was on records, and I even had a little Fisher price turntable! I’ve always loved vinyl. I remember listening with my parents, and especially with my Papaw, H.D. Clinton. I loved looking through the records with him, and I loved the whole process of having to carefully take the record out and place it on the player.

I also remember getting into trouble for scratching my dad’s Elton John record, Goodbye Yellow Brick Road — I was dancing too much and scratched it, ha ha! I still love the whole process and the sound a record has. It’s so cool to finally have one of my own.

“Tonight I Don’t Give a Damn” will be familiar to CMT viewers. What was on your mind when you wrote that?

I wrote that song with Jim “Moose” Brown and Jessie Jo Dillon — both incredible writers. I was picturing this woman, the way she was feeling and headed out to a bar, and I thought what song would I want to play in that situation? I mean the jukebox selection is most important. I pictured her selecting Gene Watson’s “Farewell Party.” I think a lot of people can relate to being in that emotional state when everything is just too much and for a little while you just don’t give a damn.

What kind of vibe or cinematic effect were you hoping to capture when you filmed the video for it?

The director Ryan Nolan did an amazing job. We actually got to do a three-part story video collection. With this video we wanted to make the viewer a little unnerved. To really highlight the hopelessness and emptiness that the main character is feeling.

“I Can Be Your Whiskey” is a strong start to this record, almost a signal that you’re about to hear a distinctly country record. When did you forge a connection with traditional country music?

Growing up I fell in love with country music. I especially love the storytelling and instrumentation like fiddle and steel guitar. Artists like Willie Nelson, Reba McEntire, the Statler Brothers, and Johnny Cash were some of the first I was heavily influenced by, while also being influenced by artists that sometimes played more on the pop country side of things like Kenny Rogers, Conway Twitty, and Barbara Mandrell.

I watched a lot of TNN as well. I loved the biographies and live performance TV shows such as the Statler Brothers’ show, Barbara Mandrell’s show, and Ralph Emery’s Nashville Now. If I could just have a fiddle and steel follow me around all day and be my personal soundtrack I’d be in Heaven.

As a songwriter, what would you say is the biggest reward for you? For example, getting a song cut? Meeting your heroes? Performing your own work?

Man, do I have to pick? I love being able to get up and play my songs for folks. There’s something about a live performance that is just really something special. It’s been an amazing honor to have heroes of mine connect with songs I’ve written and record them, and to get to see them sing them live has moved me in ways I can’t describe.

And I’ve met heroes of mine I never thought I’d meet, much less work with. My very first album ever was Waylon & Willie. A few years ago I got to tour with Willie and one day I asked someone if they could see if he would sign my show poster. He ended up inviting me up on the bus and talking to me about some of my songs. Moments like that are just incredible.

But I still think the biggest impact for me is when someone reaches out and tells me their story, tells me how one of my songs got them through a tough time. Music has always been there for me and knowing that I get to be a part of the music that’s there for someone else, it’s just the best feeling.

You’ll be touring with Tanya Tucker in March for a few Texas shows. What are you looking forward to the most about those dates?

Watching Tanya’s show! Ha! I mean I really am looking forward to getting to see more Tanya shows and learning from her. She is such an amazing performer and artist. I’m just so excited to be a part of this tour. I love going out and performing and I know these are gonna be some really special dates. I’ve wanted to play the Kessler for a long time, so that one will be extra special for me.

Have you noticed that Texas crowds are different than other places you’ve played?

I think so. They LOVE music there, and they really love original music there. I also love that they love to dance at shows. I’ve had some incredible moments there and I know this run will add to those memories.

What does it mean for you personally to be included in CMT’s Next Women of Country?

It’s meant so much to me to be a part of CMT’s Next Women of Country. I’ve been in Nashville chasing this dream for almost 20 years. Several years ago when I found out I was included in the class of 2018, I had just put out my first full record and was really putting it all out there. I had gone through a lot of ups and downs and some really tough years wondering if I could really do this. To have the support of CMT and Leslie Fram in particular meant more than I can say. I’m honored to be a part of such a great group of talented artists.

So much about Nashville and country music has changed since you moved here 20 years ago. But what would you say has stayed the same?

Well for one thing Bill Anderson is still killing it — he’s one of my heroes. And I think the power of music has stayed the same. It’s so amazing how music connects us all. No matter our language or background, music brings us together. Country music is alive and well and I don’t think it’s going anywhere anytime soon.