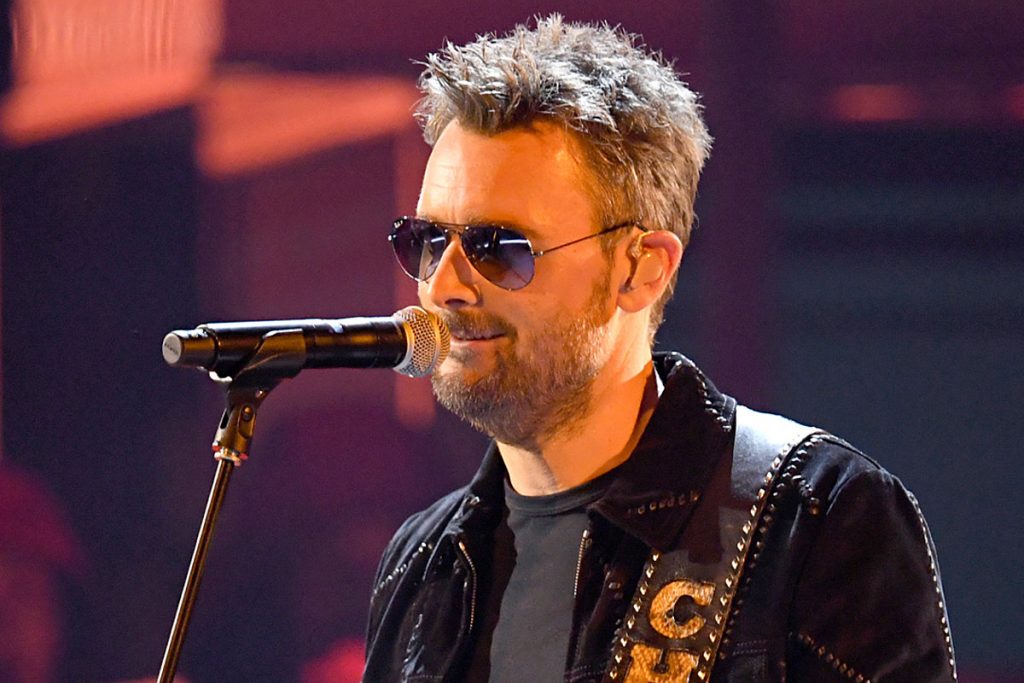 
Eric Church‘s “Hell of a View” is a love song for rebels. The couple in its lyrics high-tail it out of their hometown together and, taking a few risks, make it work against the odds.

“This ain’t for everybody / Toes hangin’ off the ledge like we got nothin’ to lose / Ain’t always Heaven, baby / This livin’ on the edge,” Church sings in the chorus, backed up by Joanna Cotten’s recognizable harmonies. However, he adds, “You holdin’ me holdin’ you / It’s a hell of a view.”

“Hell of a View” is one of 28 songs Church and his band recorded over 28 days during a marathon session at an old restaurant in the mountains of North Carolina that they turned into a studio for the occasion. The process kept the singer and his crew up late; in fact, Church admits, they had to take a couple days off at one point because he’d stayed up for four straight days, unable to unwind and sleep.

Previously, the superstar has teased that his four weeks of recording yielded enough material for a double album, at least. He and his team are “still working on” final plans, but, he says, fans will get to hear the entire session “in some form.”

Church’s next record will be his first since 2018’s Desperate Man. Its first single is “Stick That in Your Country Song,” but fans have also been able to hear “Bad Mother Trucker,” “Through My Ray Bans,” “Never Break Heart,” “Crazyland” and “Jenny.”