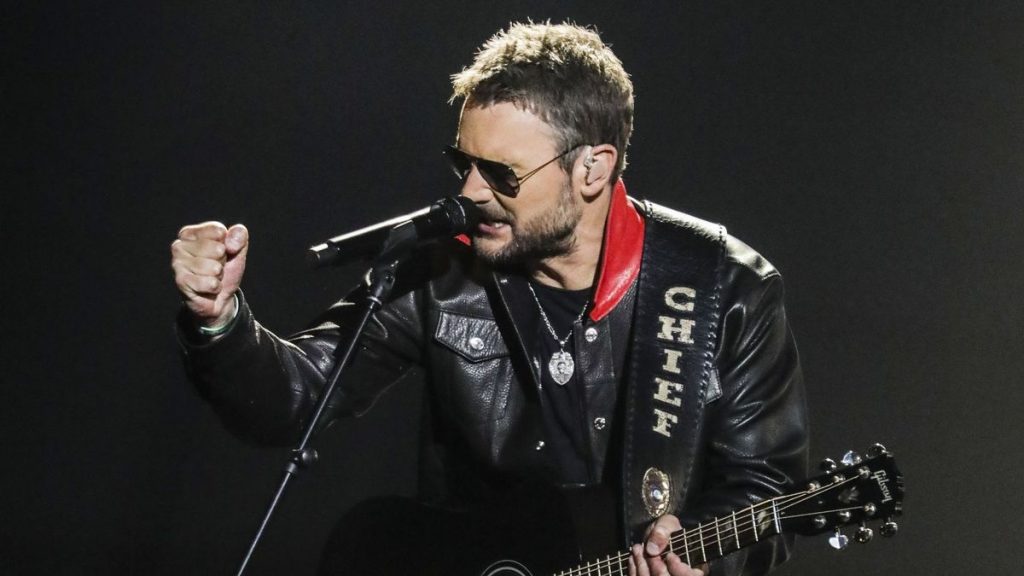 Eric Church is turning up the heat on his latest release, “Heart On Fire,” a jam band-fueled, John Mellencamp-esque track about carefree drives and scorching desire.

The churning song is from Church’s upcoming three-album series Heart & Soul. The 24-song project is the result of a 28-day marathon writing and recording session set in North Carolina last year.

“‘Heart On Fire’ is the first song on the Heart album, and normally if we had four songs about heart, with the way we used to do this we would cut three of them out and we’d do one,“ Church said. “It started to be cool that this time we could lean into that sameness and the themes where you can put the songs together and know we wrote these within this much time of each other.”

Heart will release April 16, followed by Soul on April 23. The middle album, &, will release April 20 via vinyl, exclusively to members of Church’s fan club, the Church Choir. “Heart On Fire” is the first track from the Heart album, which also includes previous releases “Crazyland,” “Never Break Heart” and “Stick That In Your Country Song.” & includes “Through My Ray-Bans” and “Doing Life With Me,” while Soul includes “Hell Of A View,” “Bad Mother Trucker,” and more.

Church reunites with producer Jay Joyce for the project, which also features his touring band, including background vocals from Joanna Cotten. In addition to touring with Church, Cotten has lent her fiery, soulful voice to several of Church’s awards show performances, including “Stick That In Your Country Song” from last year’s Academy of Country Music Awards.

The reigning CMA Entertainer of the Year will team with R&B singer Jazmine Sullivan to perform the National Anthem at Tampa Bay’s Raymond James Stadium on Sunday, Feb. 7, head of Super Bowl LV. The big game will be broadcast live on 5:30 pm CT on CBS.