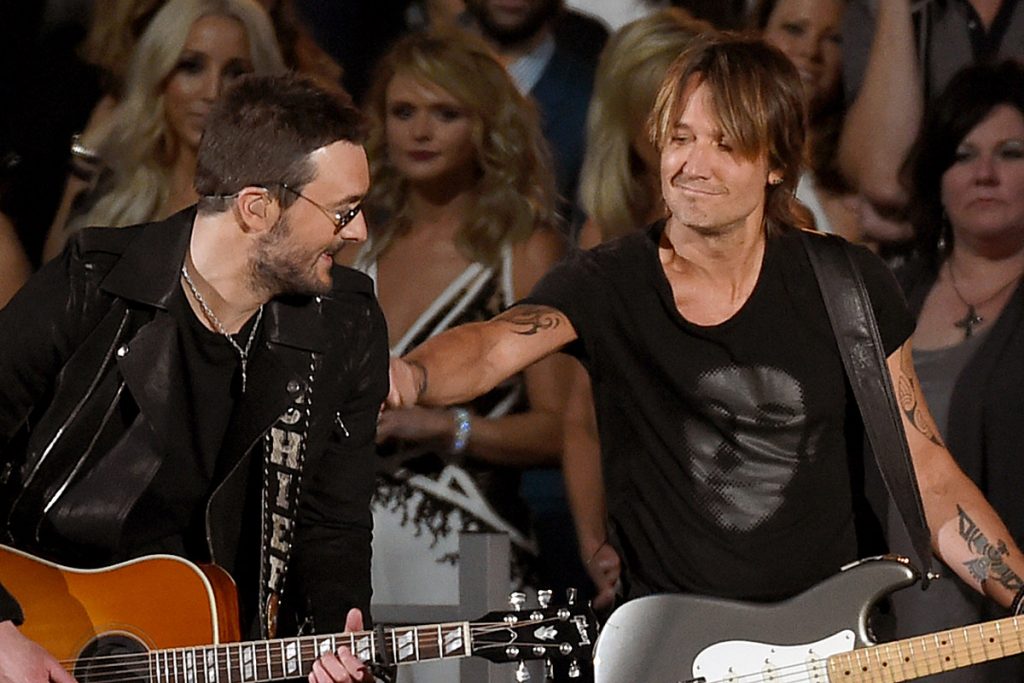 Eric Church Got an Unbelievable Christmas Gift From Keith Urban


Eric Church was blown away by a gift Keith Urban slipped under his Christmas tree to end 2020. The “Hell of a View” singer says it was also a thank you gift, but it may have been an over-gift.

Talking to Today’s Country Radio with Kelleigh Bannen host Kelleigh Bannen, Church lit up talking about a 1933 Martin guitar he now owns, thanks to his old friend.

“I came back and it was underneath the tree and I was blown away,” Church says on Apple Music Country. “He was thanking for the ‘We Were’ song that we had. Unbelievable.”

“We Were” was co-written by Church, who would later add vocals to a remake of the song, turning it into a duet and a Top 5 radio hit. It ended up being the first single on Urban’s The Speed of Now Part 1 album, although at the time that wasn’t announced.

Bannen and Church gush about the gift for a minute before continuing a deeper interview about his upcoming Heart & Soul album. He doesn’t know where Urban found what he calls a “pre-war” model, a term that applies to coveted instruments constructed before World War II, when Martin’s craftsmanship standards were at their highest.

“He says we got to talk about it at some point in time,” Church says.

Church recorded Heart & Soul last January in the mountains of North Carolina and has started this January working to tell people about the album. He’s done a handful of interviews since the news of the album and has plans to appear at the Super Bowl, singing the national anthem with Jazmine Sullivan.

“Once I heard her voice I said, ‘OK, I’m in,'” he shares after admitting he once said he would never sing the national anthem.

The first of the three Heart & Soul albums drops on April 16. The full conversation between Bannen and Church will air at 9AM ET on Friday (Jan. 29) on Apple Music Country.