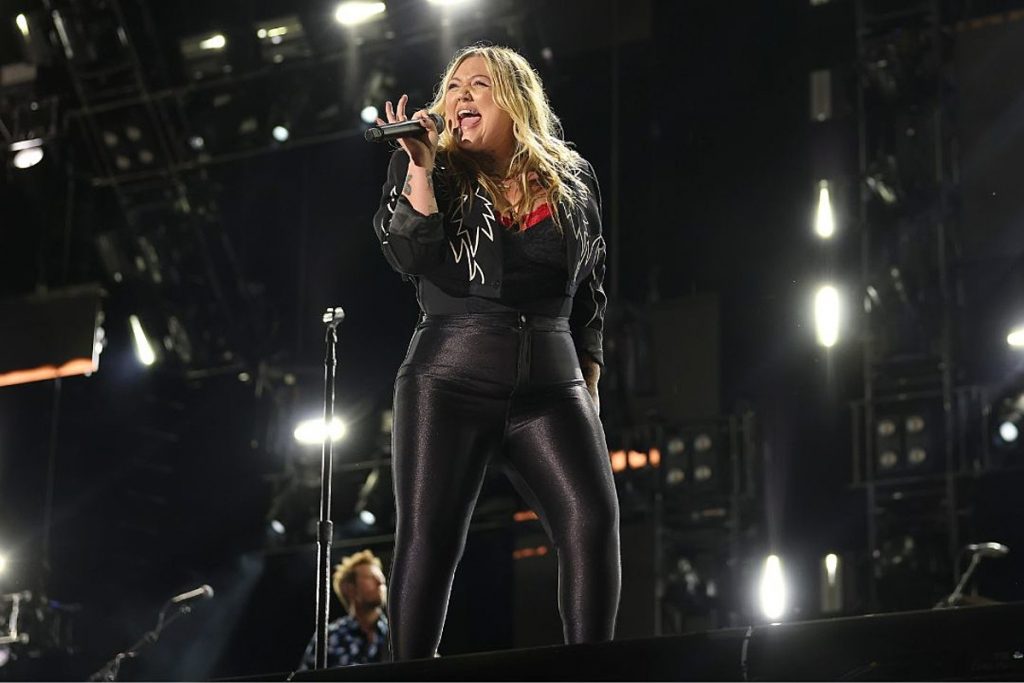 
Elle King is offering fans a taste of her upcoming full-length country album, Come Get Your Wife, with the release of a new song, “Try Jesus,” on Friday (Oct. 21).

In the tune — which King co-wrote with Geoffrey Warburton, Casey Cathleen Smith, Ashley Gorley and Ben Johnson — the singer decries a struggling love life full of less-than-worthy men. After listing some of the dead-end partners she has encountered, she concludes that it may be time to try a different route: one with a little more faith.

The song is full of amusing lyrics as King makes her decision to “Try Jesus” instead of the current dating scene, and the video, also released Friday, offers more of King’s signature humor.

Directed by Edi Patterson, the music video finds King entering a dollar store where the main characters of all her worst dating stories come to life, with King playing all the parts herself. After being handed a shopping cart by Jesus, himself, King comes face-to-face with her past. A supermarket dance party then breaks out, and King finds herself in an unfortunate predicament involving baked beans. Luckily, the store employee named Jesus is there to clean up her mess, and she finds happiness.

In a social media post she shared prior to the release, King says she pulled from her background in religion to write the tune.

“I grew up with a very religious grandmother,” she writes. “Pentecostal, speaking in tongues. I know a thing or two about the Bible. At least enough to know that I do lots of stuff my sweet Mawmaw is up there cringing in Heaven, I can hear her now ‘No no no no no!’ All she ever wanted for me, for anybody, was to have a little faith. I always say, I’ll try anything twice! And even though as a little kid I got poison ivy up my ass at church camp, I stay true to my word. So cheers to round two!”

King will release Come Get Your Wife, her first full country project, on Jan. 27, 2023.