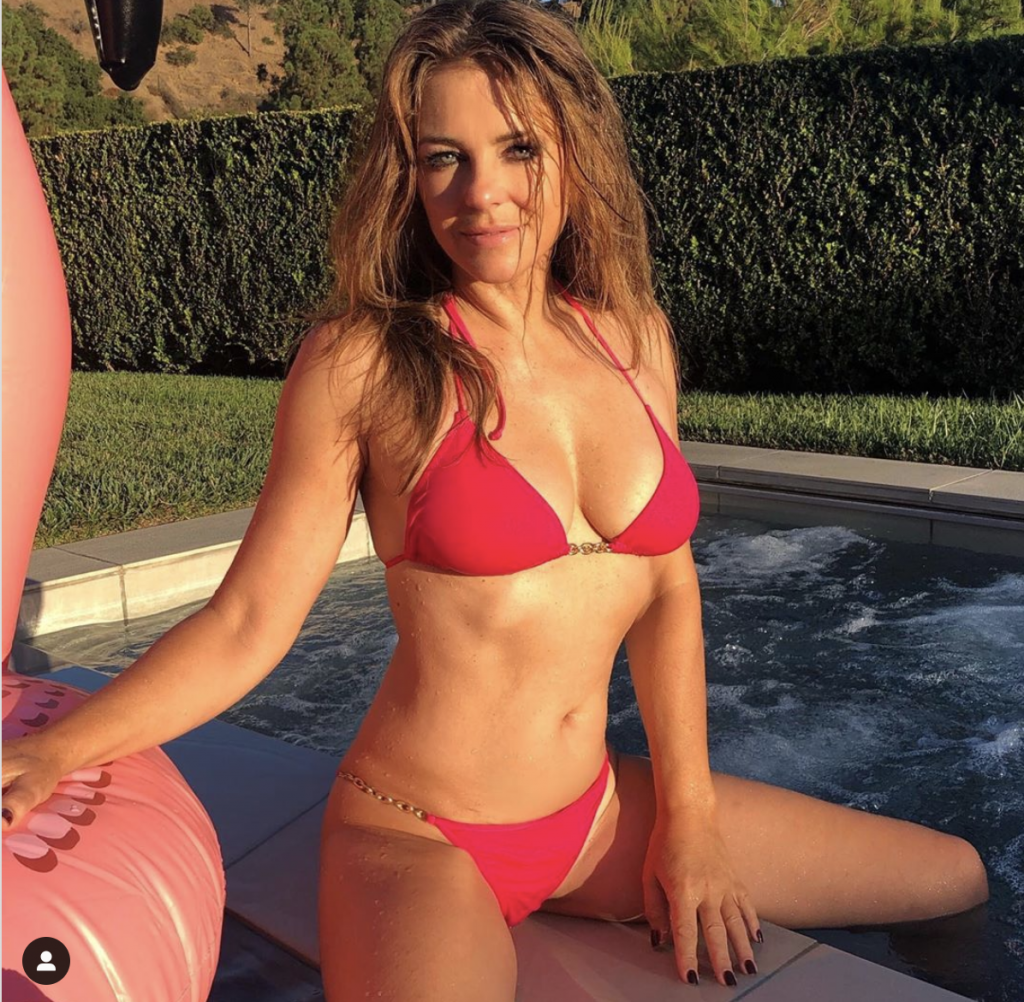 Elizabeth Hurley, 54, straddled the side of a hot tub wearing a skimpy pink bikini, in a sizzling new Instagram photo.

In the Friday shot, the British actress wore an $88 two-piece fuchsia design with gold chains from her namesake brand Elizabeth Hurley Beach, placing one hand on a pink floatation device and dipping her leg into the water. Although her Instagram caption was empty, save for a hashtag promoting the business and kissing emojis, followers piled praise on the mother-of-one.

“You literally don’t age!!!! How why what,” reacted one follower. “Making girls half your age look bad,” noted another.

“Ageless Beauty,” wrote one, followed by “Wow, like a fine wine” and “Hottest woman on the planet.”

Recently, the English actress added a new gig to her bikini-posting schedule. In December, Hurley appeared in the final season of Marvel’s Runaways on Hulu, about five teens who run away from their villainous parents. Hurley played Morgan Le Fey, “a powerful sorceress with phenomenal super powers who’s after one simple thing: world domination,” she wrote on Instagram.

“Each of the five teens have some kind of power, but when they meet my character… I have every power,” Hurley told Good Morning America in December. “So they don’t really stand a chance against me.”

Hurley, who famously attributed “yard work” to her youthful figure, also confirmed to GMA that she won’t be joining a gym anytime soon.

“I don’t really do any exercise per se, but I’m extremely active,” she said. “Because for me, I’ve always found when you look around the best bodies are manual laborers when they’re young — before they start drinking too much beer, or eating too much fast food.”

Hurley added, “They just have the best bodies, much better than the bodies that go to the gym, Because instead of people picking on certain muscles, they’re busy, they’re bending the stretching, they’re carrying they’re moving. Everything they’re doing is contributing to the body beautiful. So I try and do as much manual labor as I physically can. I use a chainsaw, I use a hedge trimmer…”