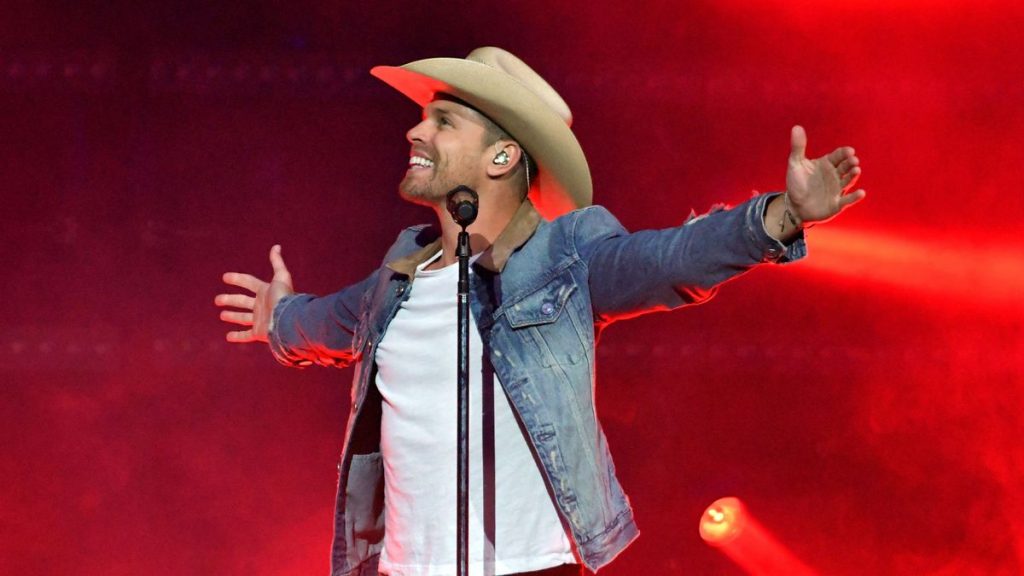 Dustin Lynch is sharing the stories of small town America in Tullahoma, named for his own Tennessee Hometown. Already he’s landed back-to-back No. 1 hits with its first two singles, “Good Girl” and “Ridin’ Roads.”

During a visit to CMT, he chatted about a few of its other tracks, his Cowboys and Angels Fund, and the best place to impress a girl in Nashville.

CMT: You’ve often described Tullahoma as a complete body of work. What kind of a theme would you say ties these songs together?

DL: That’s my hometown. That’s what ties it together and the reason I think we ended up where we did is because my producer Zach Crowell and I set out to make an album that was for the small town boys and the small town girls. We kind of have this mental picture of what guy that is and who that is, what that character is, and so from day one we set out to write every lyric for him and for her.

And as we were writing songs, as we were listening to songs, if it didn’t check all the boxes for those characters, then they wouldn’t make the pile that we’d look at to record. So I think that’s why we ended up where we did. It was just a natural thing. I didn’t set out to make an album about my hometown. It was for the small town boys and girls.

The reason I wanted it to go first is because it’s such a left hook out of nowhere — of a chorus and of a lyric, but I think it also signifies new chapter. It’s a song subject matter we hadn’t done yet.

I liked that lyric video, too.

Yeah, and I look forward to really completing that visual with a full-length video. Instead of just having a still photo to go along with that audio track for “Momma’s House,” we wanted to add a little bit of eye candy for the song and maybe a little bit of foreshadowing of what’s to come for that music video.

So, one of my guitars and one of my cowboy hats went up in flames and now it’s piece of charcoal, but the video was magic. We had two guitars, we had two hats, and one of the hats really took off right when the chorus hit. It was just luck. That’s how it happened. We were celebrating as soon as that happened, that we caught the perfect shot!

“Old Country Song” has that down home, back porch vibe, but fits the contemporary world, too. I thought that would be a good fit for you on the Opry.

It absolutely is. I’m glad you said that because the reason I fell in love with that song is it reminds me of my parents. And other than their anniversary, I don’t think they really do date night because they do every single Opry that I play, which is usually 10 to 15 a year. That allows them to do a lot of date nights because it gives them an excuse to get out of Tullahoma. Come make the trip to Nashville and then we always do a dinner together and get to go to the Opry.

If you’re looking to impress a girl, take her to the backstage at the Grand Ole Opry. I mean it’s such a special place. There’s an energy there you can’t get in any restaurant or any bar, I promise you, in Nashville, Tennessee. And so whenever I heard that song, for whatever reason it reminded me of the Grand Ole Opry and it reminded me of my parents. And that’s why I wanted it to be on the album.

What’s your relationship with your parents now? Are they proud that you’ve made it?

They’re really proud. I think they’ve become a lot more comfortable with who I am as a man and where I am in my life. You know, at first I’m scared to death. I don’t know what I’m doing, doing this job, and I know my parents are scared to death because it’s not a normal lifestyle to have. To be touring like we do and travel — and of course momma’s worried about how her boy’s doing and when he’s going to settle down and all that stuff. I think as years have gone by, they’ve seen that I can handle it. That it’s something that I’ve gotten better at handling as well.

And also finding time to be me, to have a personal life. I think they can see me settling into my routine and finding a balance in life. I feel like they’re enjoying the ride a lot more now than they were at first, because they were probably scared of who it was going to turn me into. [The music business] is a foreign world, but if you’re blessed enough to do it long enough and have your folks around, they see that not only is it a dream come true, but it’s a dream come true that allows you to bring a lot of good to the world.

Speaking of that I wanted to ask about the Cowboys and Angels Fund because that helps your fans bring good into the world, too. What was it about that concept that appealed to you?

I owe that concept to my team. It takes a village to do this and the Cowboys and Angels Fund is their brainchild, and a way we could take our platform of touring and to have a voice – in this interview and whatever interviews you do — and bring awareness to certain charities that I believe in and want to donate to. We’ll continue to find opportunities to make touring a part of contributing to whatever charities we deem to receive the donations, but it’s an easy way for us to tack on and have my partners, my endorsements, and everybody be a part of the better good.

It’s just now cranking up and we’re getting to build it. I can’t wait to see it flourish and become something that could make a difference in other people’s lives. I just finished my sixth annual charity event in Tullahoma and that’s the most rewarding night of my year, each year, to go back to my hometown and give back to kids that really need it and hopefully create a little bit better atmosphere for them to grow up in and to find a little bit of positivity in the world.

Do you mind being a role model for kids like that?

You know, it’s something I gotta remind myself of. I still think of myself as the awkward high school dude trying to learn how to play guitar. When I go back home and do a charity event like that, and I’m back in the chorus room that I grew up trying to sing in and learn guitar in, I’m surrounded by high school kids that are looking up to me.

It’s a good reminder to go, man, there’s eyeballs and ears that are paying attention to you, and are becoming inspired to chase their dreams, whether it’s music or something else. I’d like to think that I’m an example that whatever you set your mind to, you can do. If you work hard enough at it.

I read that “Small Town Boy” came in number 10 on the most-played songs of the decade. How did that change the trajectory of your career when that song reached that scale?

Oh, massively. Yeah, and you never know when that’s going to happen. I don’t think an artist can predict, “Hey, this song is going to be a top 10 of the decade.” That’s just crazy to even fathom. We knew it was a big hit. Whenever I saw that stat come out, I was like, “Holy cow!” … My radio friends tell me will be around forever and it’s cool to think my heroes have ten-plus of those. So we got one. Let’s keep on building that list, and I’m out to do it.

Do you have a signature song, do you think? Is it that one?

I would think so. I think “Small Town Boy” is kind of my signature. I think “Cowboys and Angels” was such an impactful song and my “welcome to the party” song. I can tell when we play it live every night, for a portion of the crowd it’s still the reason that they’re there.

Where does it fit into your own personal favorites?

It’s my favorite song to play every night. Yeah, it’s 100 percent inspired by my grandmom and granddad’s love story, which I’m still blessed to have in my life. So, I get emotional most nights when I sing that song, because I think of them and how amazing they are and what a rock they are in my life. I get to kind of take them around the world with me and watch crowds respond to their song and dance and sing and make out, whatever they’re doing through the song.

What do you hope your fans will take away from listening to Tullahoma?

I’m pretty confident they’re going to see a common thread. They’re gonna see that I’ve found what I’m confident in saying and doing and being, and I think they’ve kind of steered me to this point. I mean, as songwriters and artists, we could go a lot of different directions.

This was the first album we kind of set out with a goal in mind. I think people are gonna see that and feel that and I hope it makes them think about where they’re from and what they believe in. And I hope they’re as proud as I am of what that spot has made me.