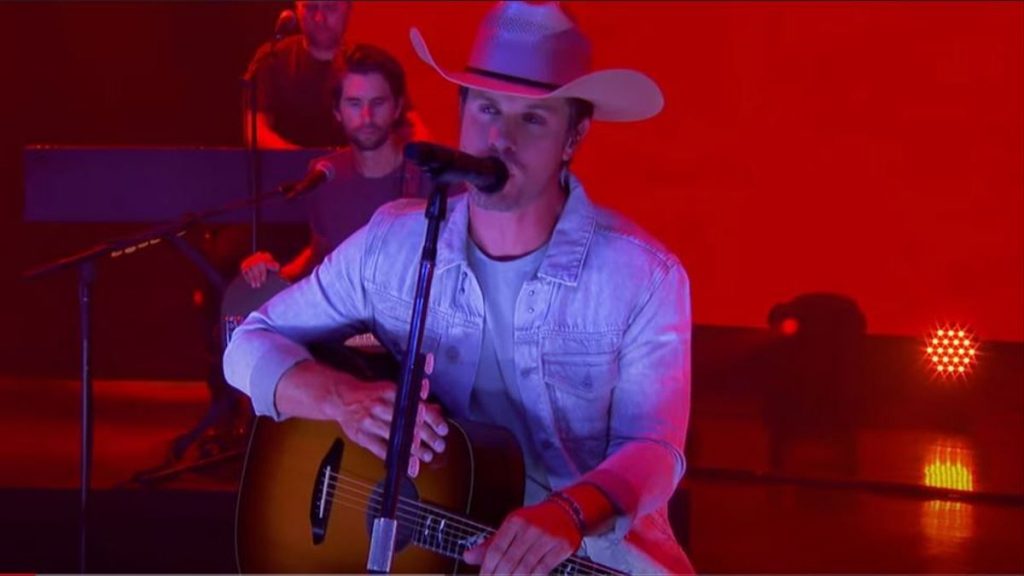 The heartache of splitting up is universal, but for Dustin Lynch, that pain is magnified when you’re inevitably going to run into your ex again (and again, and again) in day-to-day life.

“When you break up in a small town, nothing feels the same,” he tells CMT.com. “The places you went and memories you made surround you, and you don’t want to go to those spots again. That is what ‘Momma’s House’ is all about.”

As the lead track on his new album, Tullahoma, which is named for his Tennessee hometown, “Momma’s House” shows Lynch at the start of a healing song cycle, recovering from a relationship that’s fallen apart. But in contrast to the blazing studio version, Lynch and his band have now submitted a surprise acoustic video.

“We scaled down the production and replaced the electric guitars with acoustic — definitely wanted to add more of a focus on the vocals and strong emotion of the song,” he says. “Me and my band have just been itching to get back to playing together, so I’m really happy we were able to surprise fans with this video. The set was a cool vibe and really lets the song standout in the stripped-back atmosphere. And who knows, there may be more videos like it coming out soon! :)”

Lynch released Tullahoma in January, and “Momma’s House” is at No. 22 with a bullet on this week’s Billboard Country Airplay chart. The project’s first two singles, “Good Girl” and “Ridin’ Roads,” both reached No. 1 at radio, yet some listeners may hear a more personal perspective in the storyline of “Momma’s House.”

He explains, “Growing up, all the love stories around me were rooted in my small town. My grandparents, parents, and sister and brother-in-law were all high school sweethearts. You met your love in school, got married, and raised your family there. ‘Momma’s House’ takes me back to my teenage heartbreaks when everything around Tullahoma reminded me of that person, and just being crushed about it.”

As an aspiring country artist new to Nashville, Lynch moved into an apartment behind the Bluebird Cafe and would go to shows to learn how to become a better songwriter. That diligence has paid off, in particular when new songs are scaled back to their most basic form.

“The music video for ‘Momma’s House’ was intense!” he concludes, referring to the full-production video he issued in April. “It was crazy with the fire and burning down sets in real-life, and I’m super proud of it. This video doesn’t have all the bells and whistles of course, but it lets the lyrics speak for themselves and I’m glad they got the spotlight.”