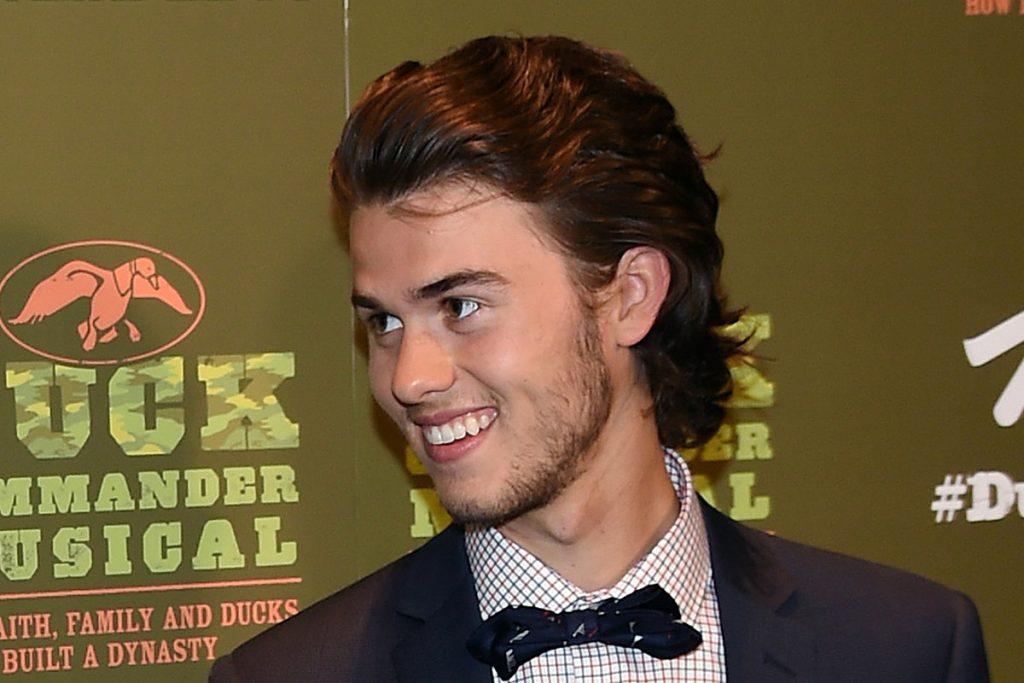 The couple shared the good news via Instagram on Saturday (Nov. 14), posting a picture showing them with their  1-year-old son, John Shepherd, whom they welcomed in October of 2019. Mary Kate is holding John Shepherd in the photo, while John Luke holds up a series of photos from an ultrasound.

“We are so incredibly excited to be welcoming another sweet baby into our family!!!” the couple write alongside their beaming photograph. “This new life is such a gift we are so thankful for! Sheps going to be the sweetest big brother.”

Duck Dynasty aired on A&E from 2012-2017, following the lives of the flamboyantly down-home Robertson clan, who have earned a fortune from their line of Duck Commander duck calls. Licensing deals followed for all manner of apparel and merchandise, and the family members have since become prominent in the evangelical Christian movement in the U.S., as well as conservative politics.

25-year-old John Luke is the son of Willie and Korie Robertson, and the brother of Sadie Robertson. He and 23-year-old Mary Kate wed in 2015.

The news of his second child comes not long after his younger sister, Sadie, announced that she and her husband, Christian Huff, are expecting their first child, so it looks like the Duck Dynasty family legacy will continue on for another generation.