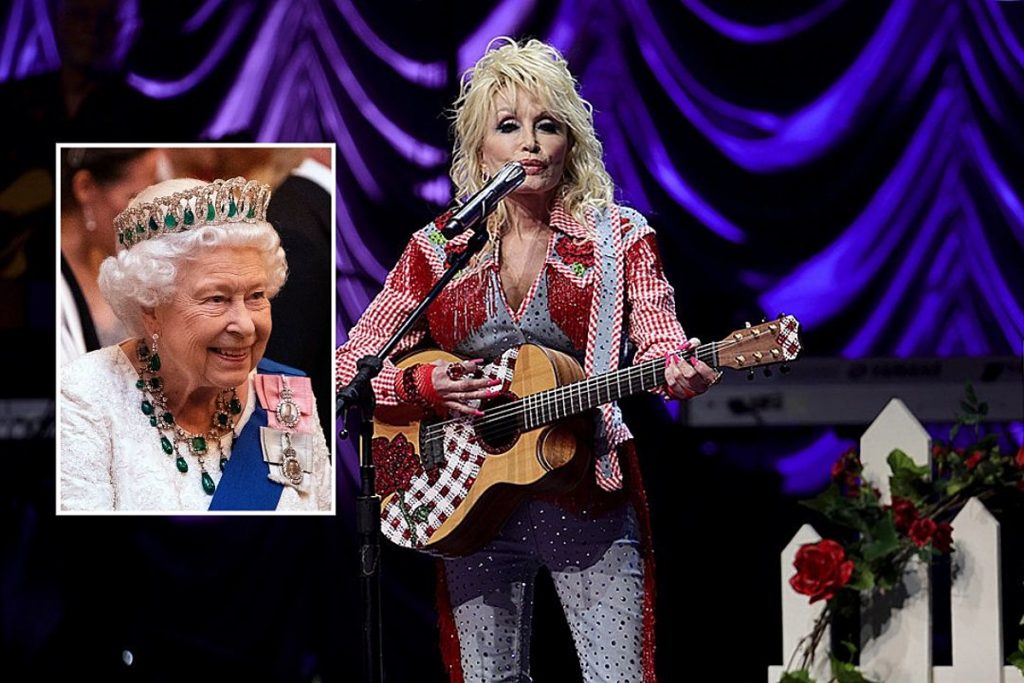 
Country legend Dolly Parton is paying tribute to Queen Elizabeth II and sending prayers to the British royal family in the midst monarch’s death on Sept. 8, 2022.

In a post, shared Friday (Sept. 9), Parton recalls meeting the Queen and performing for her on a trip to London in 1977. She also including a photo of momentous day, showing herself smiling brightly as she meets the Queen.

“I had the honor of meeting and performing for Queen Elizabeth II on my trip to London in 1977. She carried herself with grace and strength her entire life. May she rest in peace. My thoughts are prayers are with her family at this time.”

According to the Tennessean, the performance took place during the Queen’s 25th Jubilee celebrations.

Parton isn’t the only country artist who paid tribute to the long-serving British monarch after her passing. Maren Morris took to social media shortly after news broke of the Queen’s death, offering a version of Patty Griffin’s “Up to the Mountain” in honor of her.

“Up to the mountain, Queen,” she says:

Queen Elizabeth II died Thursday, Sept. 8, at Balmoral Castle in Aberdeenshire, United Kingdom. She was 96. Earlier that day, Buckingham Palace announced she was being placed under “medical supervision” and that doctors were “concerned” for her health.

Mourners gathered outside Buckingham Palace upon hearing of the Queen’s declining health and sang “God Save the Queen” after news of her death. King Charles III ascended the British throne immediately after her passing.

After Elizabeth II: Who is in the royal line of succession?

Stacker compiled a list of 20 members of the royal family and their respective positions in the line of succession, using information from the official website of the British royal family and various media sources.