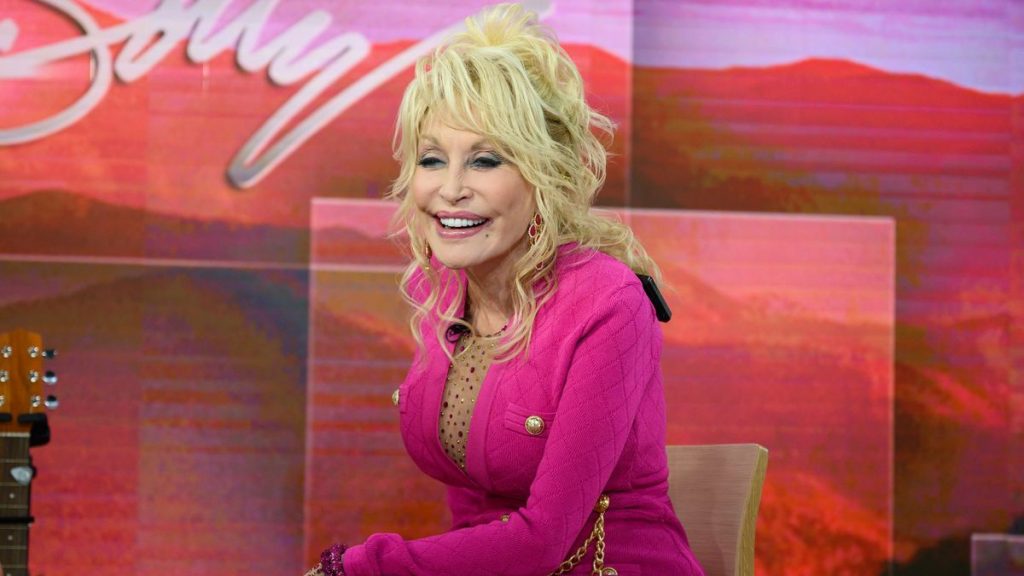 Claims that Dolly Parton is the nicest person to sing country music and save the world simultaneously could be overstated. However, via Apple’s December-released Fitness+ subscription-based app’s premium workout service’s just-debuted “Time to Walk” function, the 75-year old global icon and country music legend can inspire your creativity.

Apple asked guests to record themselves on a walk, telling stories and sharing three songs. The music is played through the app, and images are delivered to the miniature watch screen to build a semi-immersive experience during the walk.

For Parton’s episode, she discusses her upbringing in Sevier County, Tennessee. Concerning the time her hometown erected a statue of her, she recalls, “So I went home, and I said, ‘Daddy, did you know they’re putting a statue of me? Do you know about the statue down at the courthouse?’” Parton continues, “And Daddy said, ‘Well, yeah, I heard about that.’ He said, ‘Now, to your fans out there, you might be some sort of an idol. But to them pigeons, you ain’t nothing but another outhouse.’”

She also revealed how her father would take “a bucket of soapy water in the back of his pick-up truck” to clean the statue at night. “That touched me so much,” she says. “I loved my daddy and wanted him to be proud of himself, as I was proud of him.”

As well, Parton includes stories behind three of her songs: “Coat of Many Colors,” “Circle of Love,” and “9 to 5.” In a story that many may already be aware of, she describes her acrylic nails playing a role in the songwriting and recording process of her 1980-released title song of a successful film that bore the same name.

Though Parton recorded her episode in her home studio, the other guests walked in spaces familiar to their lives and stories. “Often podcasts are hosted,” said Apple’s senior director of Fitness Technologies, Jay Blahnik, to Tech Crunch. “In our journey to build out this experience, we certainly considered if there should be a host walking with this person. What we realized is that, for what we were trying to create, the intimacy of having the singular guest talk to you felt a lot more like you were on a walk with them. The notion that it’s not happening in a studio (in almost all cases), that they’re walking someplace that inspires them.”

And on a final note, it’s a tad bit chilly outside. So, before you take a stroll with Dolly, we’d advise buttoning up your “Coat of Many Colors” extra tight.