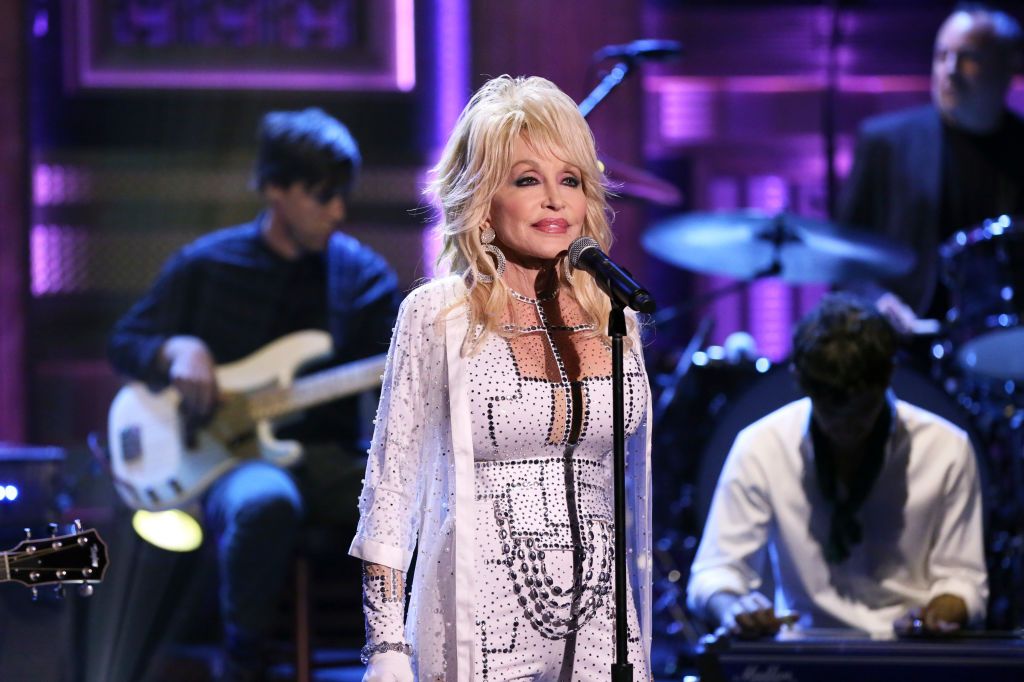 Dolly Parton just smashed another stereotype, having created the latest viral meme at 74.

The singer/songwriter’s Twitter account is the source of an image depicting the four different photos Parton would use on four different social media channels: LinkedIn, Facebook, Instagram and Tinder. She’s, of course, more buttoned up in the pic for the professional networking site LinkedIn and dressed as a Playboy bunny in the pic for the dating site. She captioned it, “Get you a woman who can do it all,” punctuated with a wink emoji.

Parton’s team did not immediately respond to Yahoo Entertainment’s request for comment on the idea for the post or her reaction to it taking off.

But there is no question that it was one of the biggest things on the internet in the past few days, a week that included a historic impeachment trial, the development of a potential global health crisis and many more heavy news stories.

Other celebrities took the hint and contributed their own editions. Her goddaughter, Miley Cyrus, gave Parton credit for “shouting out platforms she don’t even use” in her entry.

It’s all part of a very Dolly moment that’s underway, fueled by her ongoing collaborations with other artists, such as her performance with fellow female country music stars at the CMA Awards; her Netflix show Dolly Parton’s Heartstrings; and NPR’s Dolly Parton’s America podcast, chronicling Parton’s musical and cultural significance.