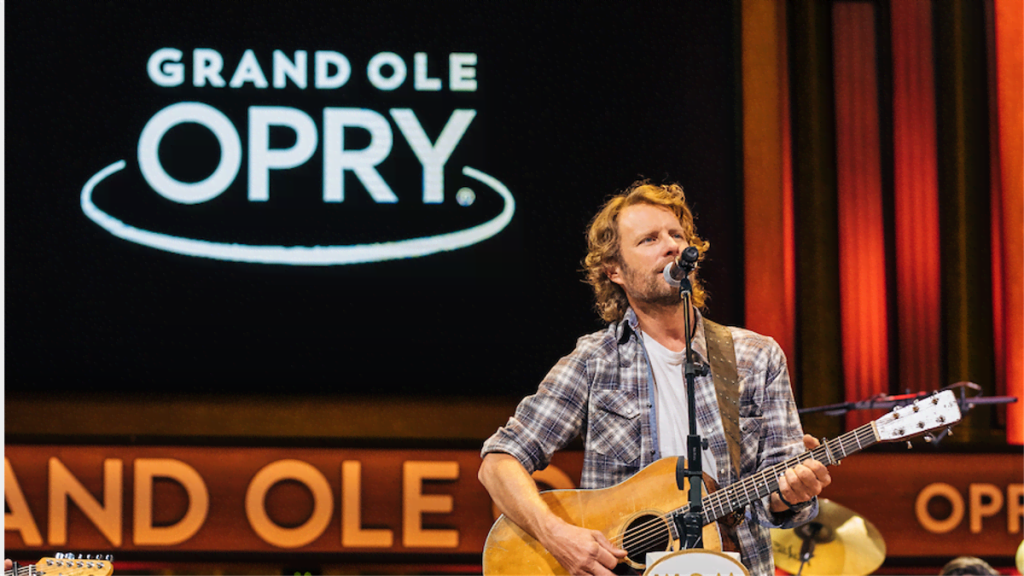 Dierks Bentley appeared on the show to mark the 15th anniversary of his Opry induction. The lineup also featured Opry members Terri Clark, Vince Gill, and Lorrie Morgan. It’s the first time the Opry has had a live audience since March, due to COVID-19 precautions; attendance was limited to 500 fans. The four stars concluded the night by singing “Will the Circle Be Unbroken.”

In an open letter posted to Billboard, Bentley recalled being asked to join the Grand Ole Opry during a show in Los Angeles. He wrote, “I was on the road over 300 days a year in 2003, 2004 and 2005. When Marty Stuart jumped up on stage at the House of Blues in L.A. in 2005 and asked me to become a member of the Grand Ole Opry, I was beyond shocked. It really took a long time to sink in. Even the night of the induction in October of that year, I was still processing the invite. To go from being a fan, to a performer, to an actual member is more than I could have dreamed.”

A social media post indicates that Bentley has lately been in the studio working on new music. Although he released an album from alter ego’s band Hot Country Knights earlier this year, Bentley’s latest studio album under his own name is 2018’s The Mountain.

During his performance on Saturday night, he sang “Burning Man” (from The Mountain) as well as country legend Faron Young’s “Going Steady” as a tribute to the Opry star who inspired him. Earlier this month, he also posted an Instagram photo of his 2005 induction, with his beloved dog Jake, who died in 2016.