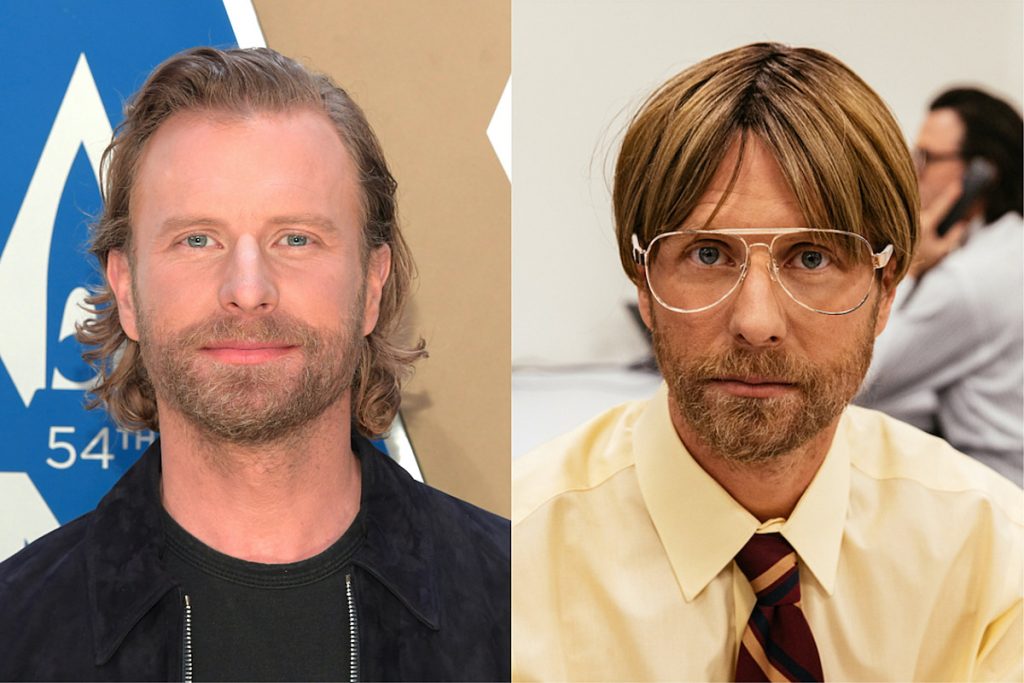 Dierks Bentley Channels Dwight From ‘The Office’ in ‘Gone’ Video


Dierks Bentley channels The Office‘s Dwight Schrute and other memorable TV and movie icons in his inspired new music video for “Gone,” the latest single from the ever-entertaining country singer.

The clip betrays the tune’s heartbroken vibe in a vibrant display of technicolor daydreams. While the song tells of a disappointed lover ruminating on their breakup while zoning out to the television, the video takes a flying leap into fantasyland, with Bentley inhabiting the characters he’s watching. It’s directed by Wes Edwards, Ed Pryor, Travis Nicholson, Running Bear and Sam Siske with animation by Skylar Wilson.

“It just always ends poorly for me in this video,” Bentley says, adding that he “had a lot more fun making it than it looks. … We got to film a bunch of scenes inspired by some of my favorite shows like The Office, MacGyver, Game of Thrones and Full House. And I got to collaborate with some new directors I’ve never worked with, so I left at the end of a really long day feeling really happy and inspired.”

As pointed out by People, the GoT-themed scene finds the artist, adorned in chain mail, set ablaze by a fire-breathing dragon after trying to fight the creature with a sword. The MacGyver callback, of course, has Bentley doing his best to defuse a bomb. But guess what? It explodes.

The singer tells People that the “idea of the video is — like the song says — I’m watching TV all day long. On TV, I’m seeing myself in various roles.” But those roles always end up in a bad way.

Bentley recently seemed intent to keep listeners waiting for a new album — he last released The Mountain in 2018 — but “Gone” is his first solo single of 2020. On that note, it seems likely that the tune could point to another full-length LP from Bentley sooner rather than later.

For now, fans can enjoy the singer’s star turn as a cache of on-screen icons in the “Gone” video. Undoubtedly, the clip’s got enough oomph to keep devotees delighted for the time being.

Country Singers You Forgot Got Their Start on Reality TV: