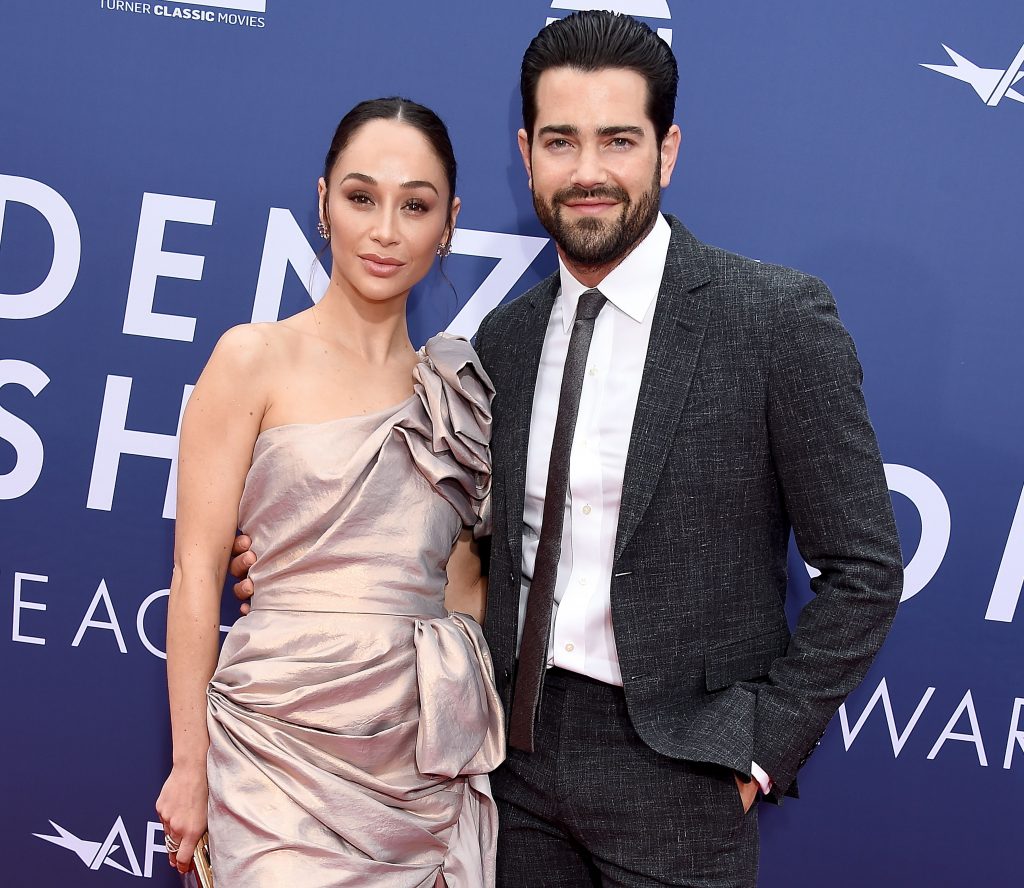 The actor, whose on-screen cheating scandal on the ABC drama helped propel him to fame, was photographed looking cozy with two different women over the weekend — and neither was his longtime fiancée, Vida actress and designer Cara Santana. The tabloid the Daily Mail ran the photos of Metcalfe, 41, cuddling and holding hands with the ladies, one identified as Hungarian model Livia Pillmann, and reported a source close to Santana saying she’s “completely blindsided” by the news.

Reps for Metcalfe and Santana have not responded to Yahoo Entertainment’s request for comment about the photos or the current status of their engagement. (They have both been posting on social media, however. Him doing a boxing workout; her testing beauty products.)

A photographer seemingly trailed the Passions alum all day, first capturing him leaving Gracias Madre restaurant in West Hollywood holding hands with a woman identified as Pillmann. Pillmann — who has appeared on magazine covers around the world — was not hiding in a bright orange coat.

The rep the model has listed on her Instagram profile is out of date. Yahoo has reached out to her agency and will update this story if we hear back.

Later that night, Metcalfe was snapped with his “arms wrapped around a tall blonde” outside of a bar in the San Fernando Valley.

Metcalfe and Santana have been dating for years and became engaged in 2016. During the proposal, the John Tucker Must Die star gave her a 5.5-carat emerald shaped diamond ring that he designed. He popped the question on a sailboat in the middle of the Hudson River in New York with Eric Clapton’s “Pretty Girl” played in the background.

At the time of their proposal, they had already been together for a decade. Last year, they gave mixed statements about their wedding plans. In October, she said they were “back on track to planning the wedding,” blaming his work schedule for holding things up, while a month later he described their wedding planning as “non-existent.”

Either way, Santana said they didn’t feel pressure to wed, telling Life & Style, “You know what, I feel married. It’s like I don’t feel the pressure which is why I think we are so laissez-faire about it. We own two properties together, so I think it just releases the pressure. But I am definitely traditional, and I want to have that moment when my dad walks me down the aisle, and we can really celebrate the relationship in front of the people we love.”

Metcalfe and Santana spent Christmas in Belgium and were last on the red carpet together on Jan. 4 for an event held by The Art of Elysium. A day later, she was solo at Golden Globes parties. On Jan. 10, the paparazzi agency X17 caught Metcalfe on camera while out solo with friends, noting he “woke up on the wrong side of the bed” prior to the exchange.

Metcalfe found fame on Desperate Housewives playing teen gardener John Rowland, whom Eva Longoria’s married character Gabrielle Solis set her sights on. He was on the show — often shirtless — from 2004 to 2009, then went on to appear in the Dallas reboot and Hallmark Channel’s Chesapeake Shores.