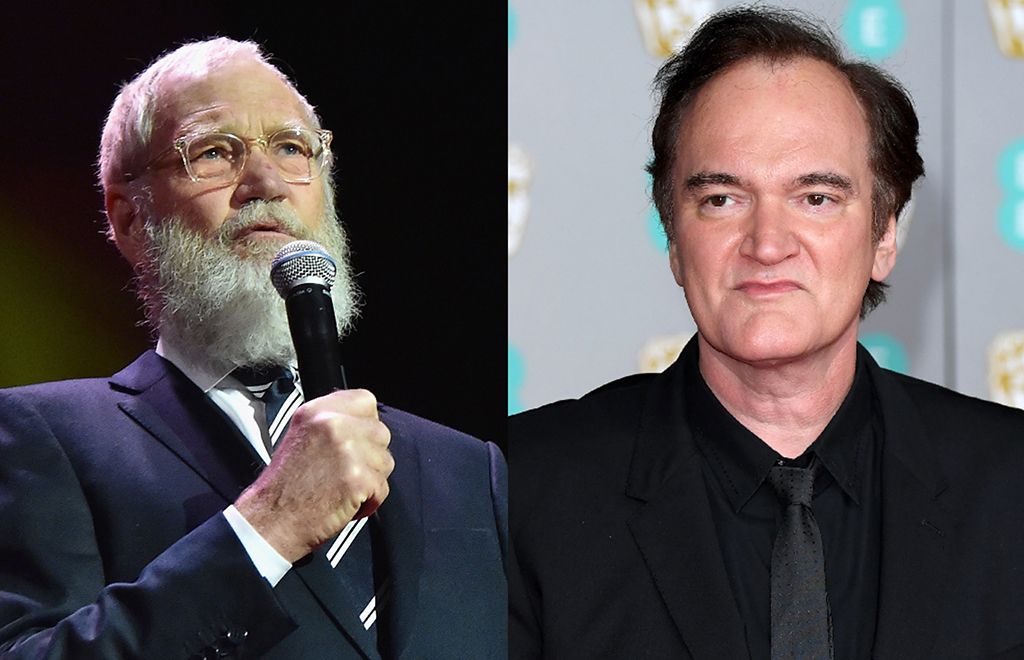 David Letterman says his most famous feud was with Quentin Tarantino, who he claims threatened to kill him

David Letterman is reminiscing about … the time Quentin Tarantino tried to kill him.

The former Late Show host appeared on the season premiere of Showtime’s Desus & Mero and was asked if he had ever been involved in any “famous beefs.” It turns out he had — and the story is a doozy.

“I got into a great fight with Quentin Tarantino,” Letterman, who is still rocking that beard, told Desus Nice and The Kid Mero. When asked if it was a “fight-fight,” he said it wasn’t physical, but it was still a “really good” story.

“He was upset because … there was one guest on the show and her girlfriend was someone [the Once Upon a Time in Hollywood director] was dating,” Letterman recalled. “A famous star who was so famous I can’t recall the name. And I was saying, ‘No, you’re not dating Quentin Tarantino.’ And she said, ‘Yes, yes I am.’ And I said, ‘No please tell me this isn’t true.’“

“Now, I’m joking,” Letterman said of the good-natured ribbing, explaining Tarantino, whom he had interviewed a few times, was a “self-described film nerd” who worked in a video rental store before making it big, so “I’m pretending that I’m stunned this glorious movie star is dating this little squirrelly guy.”

But Tarantino — whose exes include Mira Sorvino, Kathy Griffin, Margaret Cho and Sofia Coppola, among others —got word of the conversation and wasn’t amused.

“Two days later, my assistant gets a call. It’s Quentin Tarantino,” Letterman recalled. She asked what it was regarding, he said casually that he just wanted to “say hello” to Letterman. Then Letterman picked up the phone.

“He starts screaming at me,” immediately, Letterman said. “‘I’m going to beat you to death. I’m going to kill you. I’m coming to New York, and I’m gonna beat the crap out of you. How can you say that about me?!'”

At that point, Letterman told Tarantino to hold a second while he got a producer on the line because he thought people would think he made up the story. Letterman returned to the call, introducing the producer so Tarantino knew he was on the line, but it didn’t deter him. Letterman said Tarantino went “on and on and on” with “no cooling off” — “like the guy is full-blown clinically goofy.”

While Tarantino said he would fly to N.Y. the next day, Letterman — who offered to pay for his flight — said he never did.

“He didn’t show up!” Letterman recalled.

Letterman later told the second part of the story — and that was the Tarantino later a guest on The Late Show to promote 2009’s Inglourious Basterds. The host went to his dressing room before the show to talk before they were on camera — and while in there, he demanded an apology. Tarantino didn’t immediately give one, but ultimately gave in to his publicist’s urging.

Letterman said that all happened five minutes before the show started. Letterman said they joked about it during the interview, but we couldn’t immediately find video of it beyond the highlights, which were pleasant.