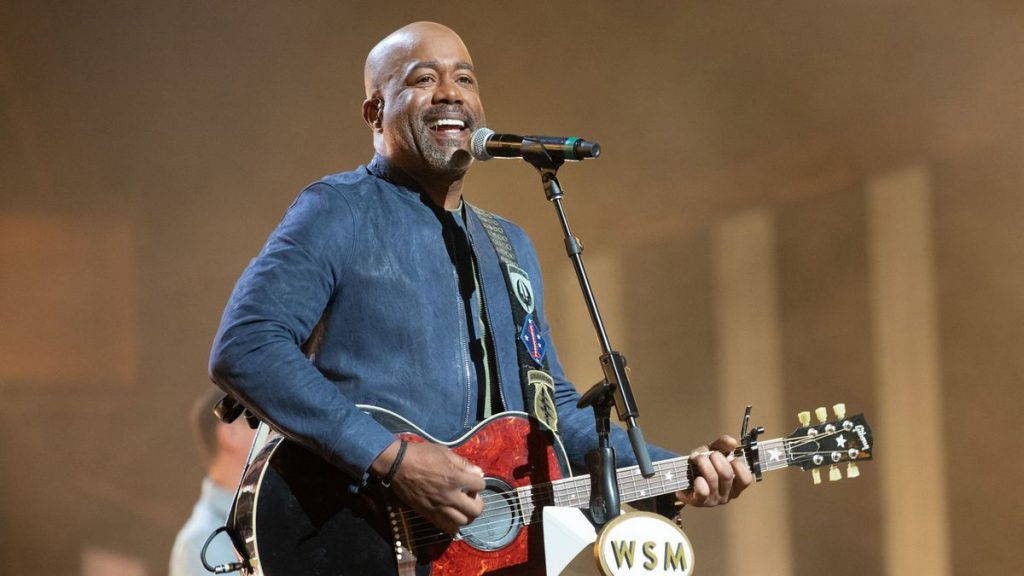 On Tuesday, Feb. 23, golf legend Woods suffered significant leg injuries and underwent surgery following a rollover crash outside of Los Angeles. Woods is awake and responsive and was later transferred to Cedars-Sinai.

Rucker, 54, spoke with Today about Woods’ accident during an interview while promoting his single “Beers and Sunshine.”

“When it first happened, you’re all worried about his health, but now that we know what’s going on, I think Tiger is such a strong guy. If the question is will Tiger play again…I say if Tiger wants to play again, he’ll play again. I just want him to get better, get healthy,” Rucker said.

Rucker and Woods have been friends since meeting in the 1990s, when Rucker and Hootie and the Blowfish was riding on the success of songs such as “I Only Want To Be With You” and Woods was first ascending in the world of professional golf.

“So we’re finishing up a string of clubs and we’re playing this club in East Lansing, Michigan. … We’d play a show and then we’d go out to a bar called Rick’s American Café,” Rucker recalled meeting Woods to PGATour.com in 2019. “We were sitting at the bar and I look over the bar and I’m like, ‘Isn’t that that Tiger Woods kid that everybody’s talking about?’ He’s 18. And he was going to Stanford and (our bass player Dean Felber) says like, yeah. So I went over and I said, ‘Are you Tiger Woods?’ and he says, ‘Are you the guy from Hootie and the Blowfish?’ and I sat down and we just hung out all night.”

During the interview with Today, Rucker also discussed writing and recording his recent No. 1, “Beers and Sunshine,” during a pandemic.

“Nobody was in the room together, it was all done over the internet because all the studios were closed when we were trying to do it, so that Zoom thing is the new cool thing, but I want to get back to where we’re all sitting in the same room.”