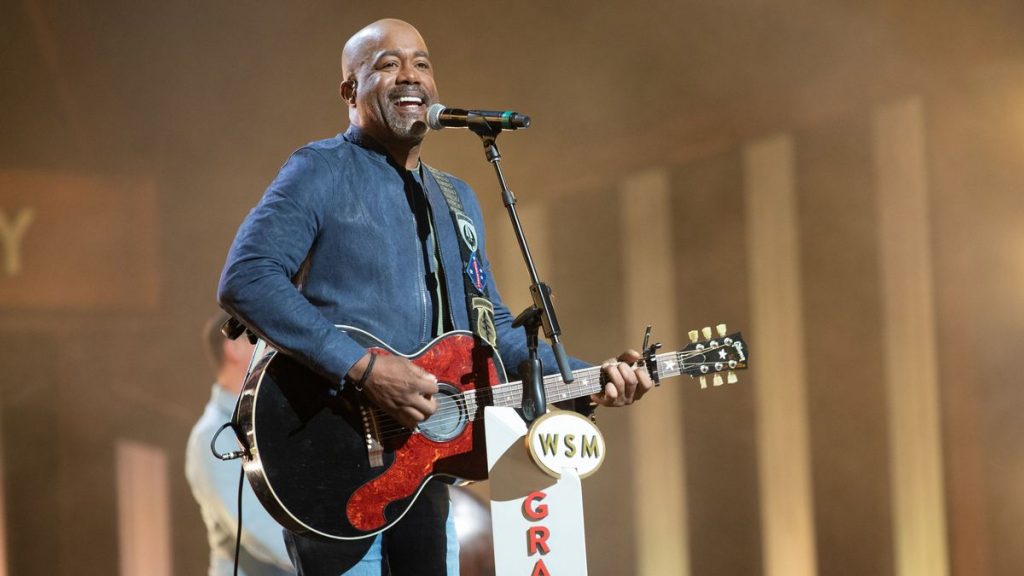 Nearly five-plus decades to the day that Charley Pride became the first Black singer to perform at the Grand Ole Opry, he was honored by Darius Rucker performing “Kiss An Angel Good Mornin’,” his signature song, during the recent telecast celebrating the venue’s 95th birthday.

Noting that “one of the main reasons I get to stand and sing on this stage is because of his courage,” the multi-platinum selling African-American country superstar sang Pride’s 1971 Billboard Hot Country Charts number-one hit and global top-40 pop single. The song’s popularity spurred Pride to become the second Black member of the Grand Ole Opry, following groundbreaking harmonica star DeFord Bailey.

In 2012, Rucker became the third Black artist to become a member of the Opry. When welcoming him, Vince Gill said, “I don’t think there’s a more beloved guy in our music than you. Before you even open your mouth and sing a song you’ve written, everybody is really crazy about you. You will find this place right here to be one of the greatest homes you’ll ever have. Thanks for wanting to be a country music singer.”

Pride himself — via his father — was a listener to weekly radio broadcasts from the Grand Ole Opry as a child. By 1967, Opry star Bill Anderson invited Pride to be a guest on the program. One year later, Pride was asked to join the cast and declined because his touring schedule was too busy.

Regarding that first performance, Charley Pride once said, “I was so nervous, I don’t know how I got through those two songs. It’s hard to remember that far back because it’s been a while, but I remember how nervous I was — that, I can tell you. It was something.”