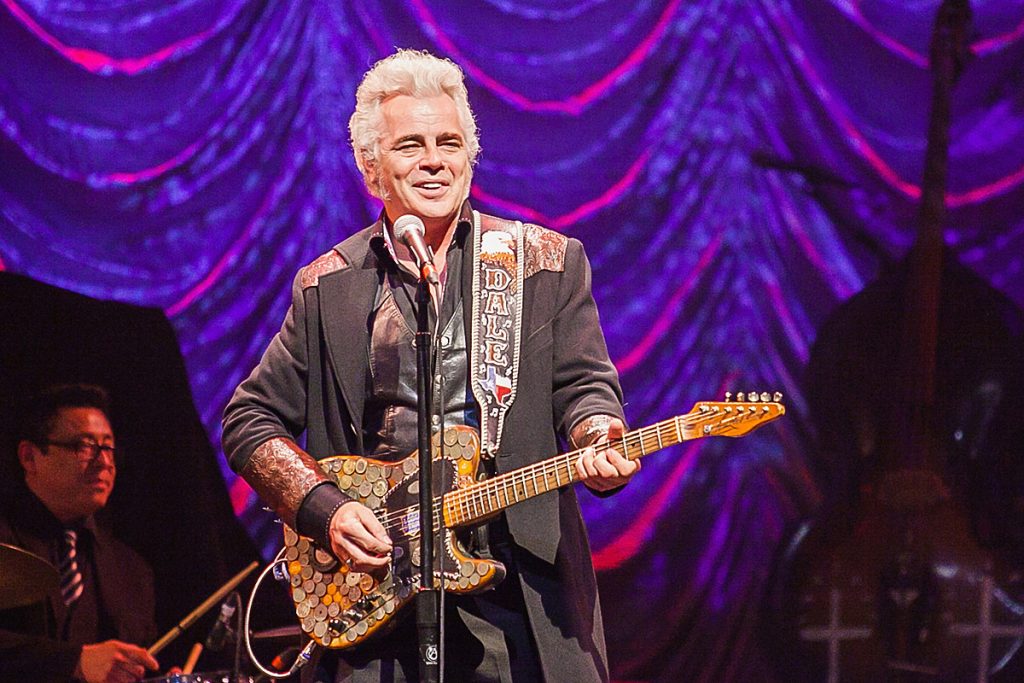 
Dale Watson turned to social media to ask fans for help in recovering a precious one-of-a-kind guitar after it was stolen in Houston on Saturday night (July 16).

Watson posted a picture of his eye-catching, customized guitar on Instagram on Sunday (July 17), writing, “On Saturday, July 16th, at 5:11pm we went to eat dinner at Christie’s Seafood Restaurant in Houston and my black van was stolen while we were eating dinner. All the merch, and my guitar was stolen.”

He closed with a plea for his social media followers to help find the beloved instrument and to re-post his post so that as many could see it as possible.

“Houston and the surrounding area, Please keep your eyes open and help me find my guitar… Thanks so much. PLEASE RE SHARE,” Watson adds.

The singer-songwriter and guitarist, who focuses on a traditional-minded style of country music he terms “Ameripolitan,” posted again later that evening, explaining that while he lost some personal items and money, “the one thing that has been with me almost 30 years is my guitar. It’s pretty unique so if by chance you see it in a pawn shop please let me or the Houston Police know.”

Watson closed by thanking everyone for their help, adding that he had gotten his van back.

The guitar that was stolen is irreplaceable, as Watson explains to Austin’s Fox 7 news station.

“It’s like a part of me, and it’s really strange to play a show without it,” he states. The body of the guitar is covered in coins that Watson added after traveling through Europe just before the euro was about to be adopted as common currency. He collected coins from every region and added them to the body of the instrument.

“I had all these coins from all over the world, and they were going to be useless — the German Deutsche Mark, the French franc, the Italian lira — all these different coins, and I just couldn’t throw them away,” Watson relates. “To me, it’s sentimental and reminds me of where I’ve been.”

Watson says the other items that have not been recovered from his van could total as much as $14,000, including a suitcase containing his stage clothes, cash and other musical equipment. But the guitar is what he’s most interested in recovering. He acknowledges the theft of the guitar is a “first world problem,” but even though he still plans to play shows using his other guitars, that particular one is special to him over and above any dollar value.

“It’s more valuable to my heart than it is anything,” he states.