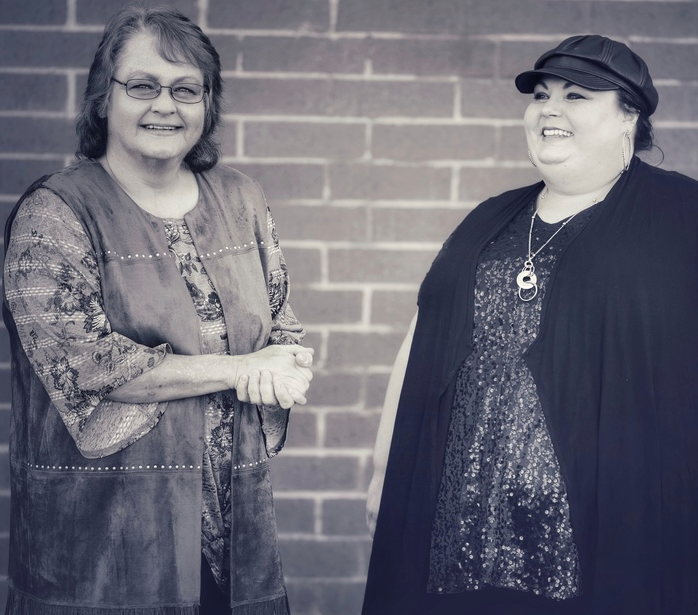 
Nashville, Tenn. – Today marks the release of Dale Ann Bradley and Tina Adair’s anticipated duet album, Oh Darlin’. Released via Pinecastle Records, the stripped-down collection includes 10 new recordings, which are all centered around both powerhouse singer’s vocals. They’re tackling some of the biggest hits of all-time across multiple genres on the new project (see track listing below). The record is available for download and purchase HERE.

“I’m so excited for everyone to hear this project and the songs that we’ve chosen to record,” says Tina Adair. “I love the time period in which most of these songs originated as well as being a huge fan of each artist that originally recorded these songs. Singing and collaborating musically with Dale Ann has been one of the easiest and most rewarding things I’ve ever done in my career.”

The lead single and inspiration for the project’s title came in the form of “Oh Darlin.” The track may sound familiar to some music enthusiasts, as it was originally released in 1986 by The O’Kanes, where it went on to hit the Top Ten on the Country charts. Bradley & Adair’s new invigorated version has already begun turning heads in the Bluegrass, Roots and Americana world, having recently debuted at No. 7 on the Bluegrass Today Weekly Airplay Chart.

“This collection of songs meant so much to me growing up, and even more so today. There’s so much truth in the lyrics,” says Dale Ann Bradley. “All subject
matters are relevant now as they were then. Recording them with Tina Adair was as natural as a drink of water and a blessing. I so hope the older and younger generations listening to acoustic music today, will feel their ancestry and make theirs and their children’s future a bright one.”

Many of the songs on the Oh Darlin’ project pay tribute to some of the biggest music legends of all-time. For example, one standout track is a new version of Hank Williams Sr.’s “The Log Train,” which was re-cut with a unique Roots angle. Another familiar tune fans might recognize is “Apartment #9, a track where Bradley & Adair channel their inner Tammy Wynette. The song selection for Oh Darlin’ includes a combination of different material including more fast-paced songs combined with moving ballads, all with Dale Ann Bradley and Tina Adair’s award-winning vocals.

If listeners think the combination of Bradley & Adair’s voices together sounds familiar, that’s because they’ve probably heard them perform together as a part of the Grammy-nominated band Sister Sadie. As two of the four founding members, the chart-toppers have hit new heights over the last year. In addition to receiving a Grammy nod, they also made numerous appearances at the Grand Ole Opry, while also taking home the IBMA award for “Vocal Group of the Year” in 2019. Bradley was also recognized earlier this month as the SPBGMA “Female Vocalist of the Year,” which she took home for a second consecutive year.