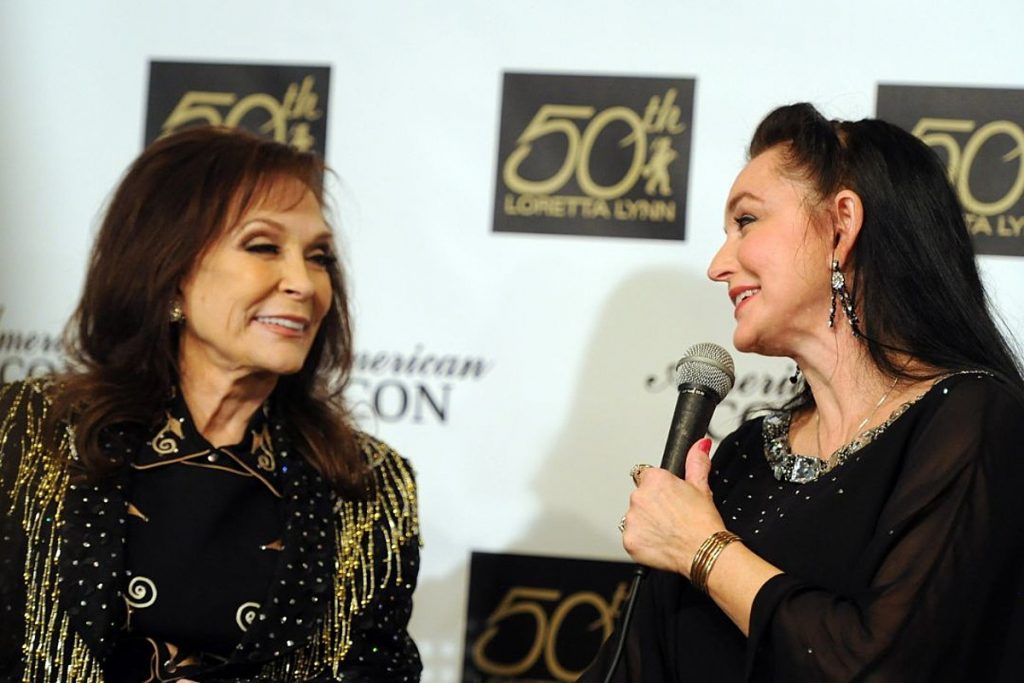 
Country legend Loretta Lynn died on the morning of Tuesday, Oct. 4, at the age of 90, at her home in Hurricane Mills, Tenn. Many artists have shared tributes to Lynn in the wake of her passing, and the singer’s sister and fellow country star Crystal Gayle also wanted to say something publicly about the loss of her sister.

Gayle took to social media to remember Lynn fondly, sharing a classic black-and-white photo of the Queen of Country Music with her guitar. She kept her caption short, punctuating the loss Lynn’s death leaves on the world and on their family.

“The world lost a legend. We lost a sister. Love you Loretta,” she writes.

The post has brought many well-wishes and prayers from fans and fellow artists alike, with Lynn Anderson, Mandy Barnett and more sending their condolences.

Loretta Lynn’s family announced her passing on Tuesday in a note that reads: “Our precious mom, Loretta Lynn, passed away peacefully this morning, October 4th, in her sleep at home at her beloved ranch in Hurricane Mills.”

Lynn was born Loretta Webb on April 13, 1932, in Butcher Hollow, Ky., the second of eight children born to a coal miner father, Melvin Theodore “Ted” Webb, and his stay-at-home wife, Clara. Loretta married Oliver “Doolittle” Lynn in 1948, when she was just 15 years old. She released her debut album, Loretta Lynn Sings, in 1966, and she went on to offer 50 more studio albums in her six-decade career. In all, she achieved 16 No. 1 hits and more than 50 Top 10 singles as a country staple.

As the youngest of the eight siblings, Gayle was born Brenda Gail Webb in Paintsville, Kentucky in 1951 and married Bill Gatzimos in 1971. She followed her sister’s footsteps in country music, first signing with Lynn’s label, Decca Records, and then recording with producer Allen Reynolds. Gayle saw success in the 1970s and ’80s with singles such as “Wrong Road Again,” “Don’t It Make My Brown Eyes Blue,” “If You Ever Change Your Mind” and more.

Loretta Lynn’s luxurious former home outside of Nashville is for sale, and pictures show a property that’s a perfect mix of classy and cozy. The country queen’s 4-bedroom, 3-bathroom, 3,409-square-foot home in a rural community outside of Nashville is listed for sale for $799,000, and that price includes a residence that is “finished to a T,” according to its listing. The beautiful home sits on more than five acres of rural land directly on the river, offering direct access for canoeing and kayaking. The rural property is just two minutes from I-40, offering an easy commute into Nashville, and it also offers easy access to schools, stores, dining options and more amenities that are just minutes away.