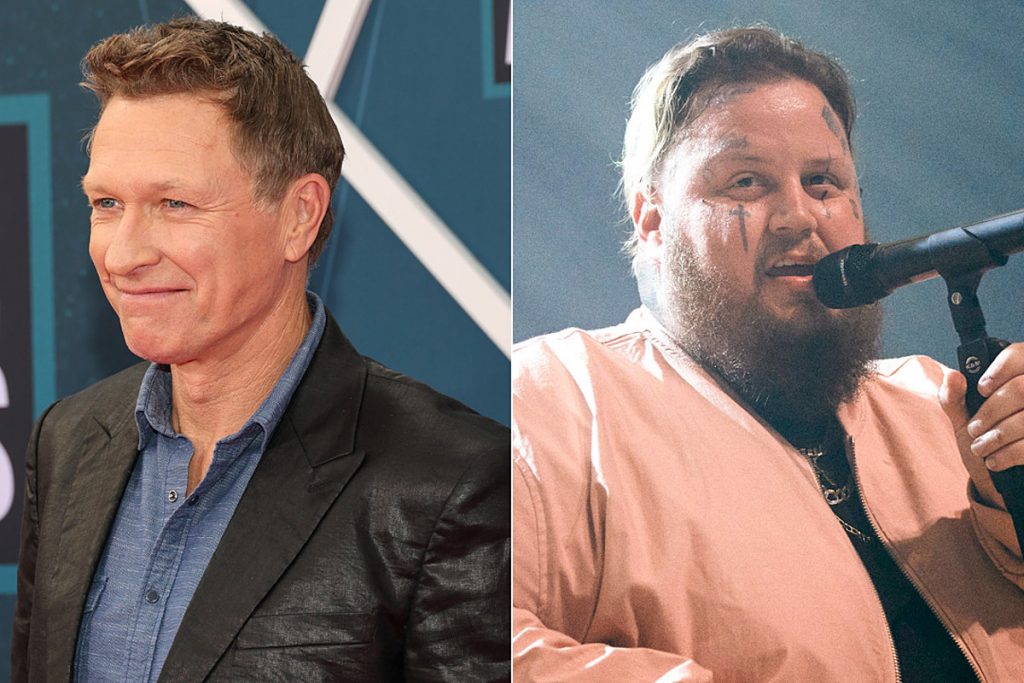 Craig Morgan Explains Why He’s ‘Always There for Jelly Roll’

If I were to ask you to name one artist that you think Craig Morgan is a fan and friend of, I bet you wouldn’t think of new rock/country artist Jelly Roll. That’s exactly how Craig answered that question when I proposed it to him, though, during our in-depth interview on Taste of Country Nights, On Demand.

Recently, Craig brought Jelly Roll out on the Grand Ole Opry stage. They got to talking and Craig got to witness how passionate Jelly Roll is about his music, and really, life in general. Now, Craig says he loves him and has become a full supporter of Jelly Roll’s career and story. He shares how Jelly Roll isn’t trying to be a country artist, he is a rock star, and his music is so inspiring, everyone is latching onto it and everyone is accepting of it.

“His story that I heard him tell on the stage of the Grand Ole Opry, the first time that he appeared when he talked about what ‘Almost Home’ meant to him, that moved me,” Morgan shares. “It made me want to know more and be a bigger part of what he is doing.”

The “How You Make a Man” singer then got to talking about the country music format in general, and he says the reason why our format is so big is because we always welcome anyone who wants to be a part of it. He names Ronnie Milsap as an artist the genre embraced decades ago.

Heads up, there is a point in this interview where it goes off the rails. That’s when I show Craig the then-new single cover art of Blake Shelton‘s new song, “No Body.” Craig and Blake are great friends, and Craig had not at the time seen this picture of Blake with a mullet, and he loses it when we show him. He even texted Blake as soon as the interview was over and asked him about it.

Craig Morgan is by far carrying his legend status and the torch of country music with him every where he goes. Talk about a passionate dude who loves his roots and where he came from, and what made him what he is today!

Check out the full interview with myself and Craig on Taste of Country Nights, On Demand Episode 54, streaming on Apple, Spotify, Amazon Music or wherever you consume your favorite podcasts.