Some of country music’s hottest new hitmakers made an emotional return to the spotlight during the recent CMT Music Awards on Wednesday, June 9, as they performed on the Ram Trucks Side Stage, including Tenille Arts, Blanco Brown, Niko Moon, Dylan Scott, Hailey Whitters and Lainey Wilson.

Several of these newcomers were also nominees during the awards show. Scott, Whitters and Moon were nominated for Breakthrough Video of the Year (Scott ultimately took home the honor for the video for his hit “Nobody”). Brown was nominated for Duo/Group Video of the Year for his collaboration with Parmalee, the Platinum-selling “Just The Way.”

For each of the artists, their time on the Ram Trucks Side Stage represented something special.

Arts, who is also a CMT Next Women of Country alum, performed her very first No. 1 hit, “Somebody Like That.”

“I’m so excited about performing at the Ram Truck Side Stage,” Arts told CMT prior to the performance on June 9. “This’ll be my very first awards show performance. So I’m a little bit nervous, not going to lie, but I’m so excited…it’s going to be an awesome night.”

For “The Git Up” hitmaker Brown, his appearance on the CMT Music Awards stage marked his first live performance since his near-fatal motorcycle accident last year in Atlanta.

“I can’t wait to perform again,” Brown told CMT prior to the performance. “It’s been itching in my bones…There’s nothing like being on stage. The lights hit you, it gets real hot, but when you look out in the audience, you see people smiling and you see the joy on their faces. It just keeps you going. That’s what energizes me, the crowd’s energy. There’s really no definition of how great it feels to do exactly what you feel like you’re born to do.”

Though Brown notes he has presented an award previously at the CMT Music Awards, he says this year’s show marked his first-ever performance.

“I’ve waited for this moment my whole life,” he says. “And to come out of such a space of getting back to who I am, it means the most…it’s uplifting, and I’m grateful.”

Whitters recalled her earlier years attending the awards show and says her CMT Music Awards nomination is one coveted result stemming from so many years of dreaming and hard work.

“There are so many emotions when I think about being nominated for the CMT [Music Awards],” Whitters told CMT. “ I remember coming here when I was back in high school and being an audience member dreaming about someday getting to be a part of it. And so this year, to finally be able to be nominated, it means so much to me.”

For newcomers such as Brown, Scott, Whitters, Wilson, Moon and Arts, their recent CMT Music Awards performances on the Ram Trucks Side Stage meant not just one of their earliest returns to performing, but also visibility on a national platform, after a year when so many high-profile performance slots–such as music festivals and late night television musical guest appearances–have been non-existent.

“It feels incredible,” Arts says. “I hadn’t even been able to play ‘Somebody Like That’ for somebody like that for an audience until it was already number one. I just played a couple of weeks ago for the very first time for an audience. And I was so emotional. Like it was just one of those moments where I was like, ‘I can’t even believe that I get to sing this song in front of people right now, and it was just that entire year of emotions came out. I couldn’t stop crying. I cried for the rest of the show.”

Whitters, another CMT Next Women of Country alum, says being off the road for the past year has given her an even deeper appreciation for the gift of music and for being able to perform.

“It feels a little different to be back and performing this time around. Not that I ever took it for granted, but just being able to really appreciate it again after having been gone from it for the last year and a half. I think the first time I walked offstage post-pandemic, we were all just on a cloud. Just that energy, that feeling of pure joy and happiness to be back at it.”

The awards show isn’t the only national attention some of these new hitmakers have earned recently. Whitters, Brown and Arts also took part in a special episode of CMT’s new series, CMT Campfire Sessions, which features the three artists around a cozy campfire, enjoying a laid-back atmosphere, singing songs and sharing stories of their hard-earned journeys in Nashville. It also marked the three artists’ first time performing together. Brown offered renditions of “Nobody’s More Country” and “I Need Love,” while Arts performed her recent chart-topping hit “Somebody Like That,” as well as “Back Then Right Now.” Whitters performed “How Far Can It Go?” and “Fillin’ My Cup.”

“Bonfires just kind of bring out that energy and everyone’s just laid back, hanging out, getting to know each other and I’m excited to get to hang with them tonight,” Whitters said prior to the in-the-round performance that is featured as part of CMT Campfire Sessions.

In the episode, the camaraderie among the three is clear. They write their own songs, are experiencing their first successes in a competitive industry and are each hoping that–despite the pause of the pandemic–more success is on the way.

“I definitely hope for more number ones,” Arts says. “That’s every country singer’s dream. I do know how lucky I am to have even had one number one song, so I’m still celebrating that and looking forward to the future. I’ve written so many new songs, so I’m crossing my fingers that one of them will go number one, soon, too.”

Whitters adds that moments like her CMT Music Awards performance are another assurance that the years she has spent so far to pursue her dream are slowly–but surely–paying off.

“I’ve never been the fastest, but I don’t give up and I hang in there and I think that is a part of just my Midwest raising. That’s the way I was raised. That’s the way my parents raised me. Don’t quit. Keep going. Nothing’s easy. It’s always going to be hard. Just don’t give up. And that has been something that I’ve just, you know, it’s so relevant to the music business and the music industry in Nashville and yeah, hang in there.” 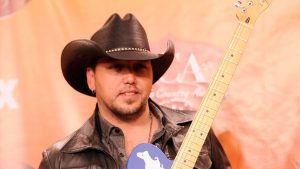 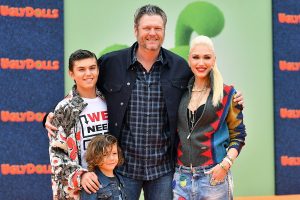 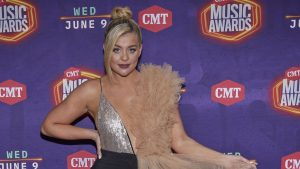