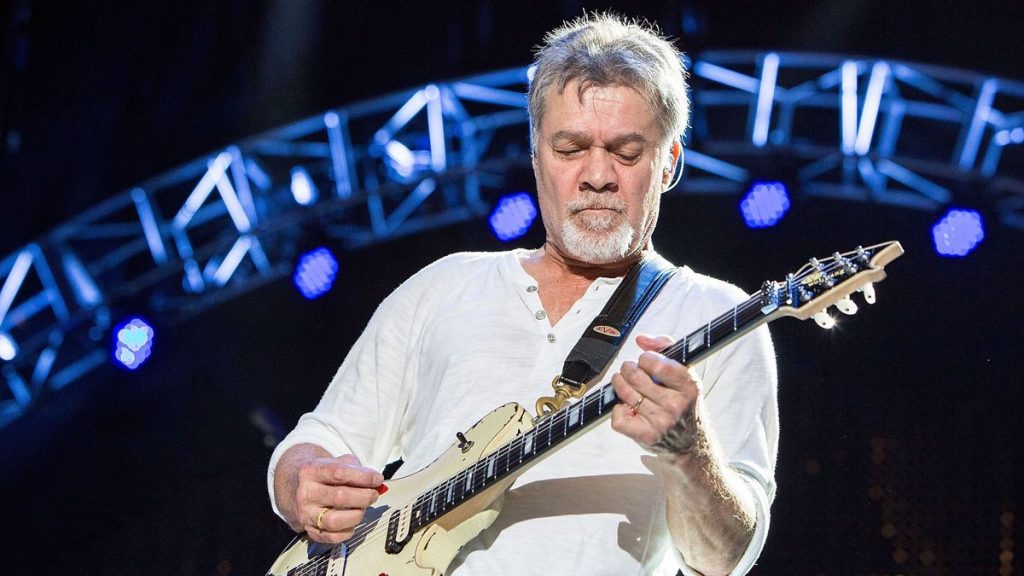 Early on Tuesday afternoon (Oct. 6), Eddie Van Halen’s son Wolf shared the tragic news that his father had passed away. He was only 65 years old.

“I can’t believe I’m having to write this, but my father, Edward Lodewijk Van Halen, has lost his long and arduous battle with cancer this morning. He was the best father I could ever ask for. Every moment I’ve shared with him on and off stage was a gift,” his son wrote. “My heart is broken and I don’t think I’ll ever fully recover from this loss. I love you so much, Pop.”

In the mid-1970s, Van Halen formed what would become the legendary rock band of the same name with his brother Alex. But the music influenced genres far and wide, and even gave Kenny Chesney fans a night to remember. It’s one even Chesney says he will never forget.

“I am devastated at the news of the passing of my friend Eddie Van Halen. He was a friend and a hero to anyone who has ever picked up a guitar and had a dream. Eddie and his brother Alex joined us on stage at one of our stadium shows in Los Angeles and it was one of the highlights of my touring life and all my summers on the road. I will never forget that night and how happy we both were that our musical paths crossed that night on stage. Rest in peace to the best guitar player that ever lived. We will miss you Eddie Van Halen. Your music will live forever!!”

I am devastated at the news of the passing of my friend Eddie Van Halen. pic.twitter.com/hUyIdKXsdG

Yesterday @amandashires and I were singing our heavy song and cameras were rolling and I could tell she was feeling some emotions, so I very poorly played a little bit of Eruption to make her smile and it worked. No musician ever brought me more joy than #EddieVanHalen. Grateful.