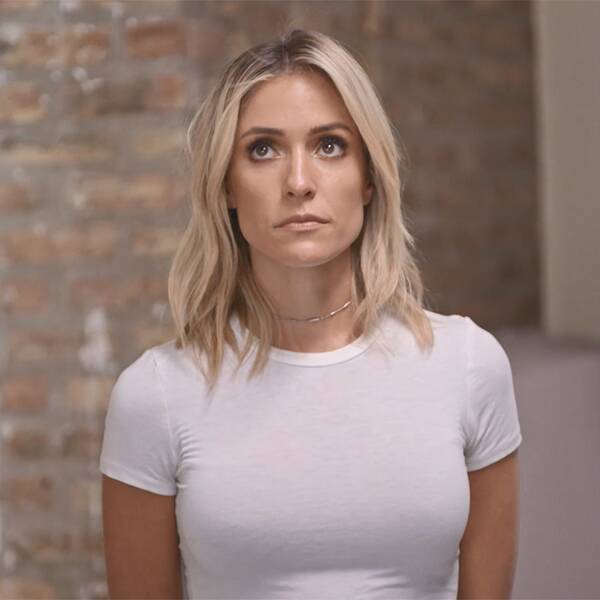 When Uncommon James’ Chicago store opened its doors to the public last September, the aesthetic was dreamlike. White-lacquered display shelves met textured accents and color pops in a polished collection of shapes, patterns and carefully curated decor. Those of us who couldn’t attend the launch in person were able to experience a slice of the design magic via Kristin Cavallari‘s Instagram feed, where the brand’s founder cataloged a proud step in her Nashville-headquartered company’s expansion.

Tonight’s new Very Cavallari gave fans a peek into the store’s renovation process, which was behind schedule in the months leading up to UJ’s eventual grand opening. The episode chronicles a stressful check-in trip the summer prior, when Kristin and Jay Cutler traveled to their former home city to evaluate construction progress at the new site.

After taking a look at the space—which was originally purchased as two separate properties situated side-by-side in Chicago’s West Loop neighborhood—Kristin was “freaking out” over concerns the store wouldn’t be ready to open before the winter season.

“I am walking around and thinking that [the contractors] should be farther along,” the CEO told Very Cavallari cameras after her walk-through, noting that even though the adjacent properties’ shared wall had been removed, there were a handful of structural and operational issues that persisted.

“I need my flooring to go in,” she continued, having observed holes in its surface as well as noticeable unevenness. “Everything has to be painted, walls have to go up. So, it’s a lot.”

At the time, Kristin’s contracting team hadn’t yet installed a full plumbing or electrical system, either. In light of the large-scale changes ahead, she worried the September launch date might be unrealistic, but pushing it back would likely present bigger problems. When you’re opening a new retail establishment in the Windy City, timing is everything.

“If the store doesn’t open on time, to me, there’s no point in opening up a store for another six or seven months in Chicago because of the weather,” she said. “That’s a ton of rent that I’m just going to be wasting away…I need it to be open at a great time, holiday season, so that we can start off with a bang.”

Jay stayed positive throughout the process, assuring Kristin that the contractors would be able to complete renovations on time, one way or another. Still, his wife was anxious.

“I’ve got to be honest, I’m nervous about this new store,” she admitted, explaining that higher rent in Chicago as opposed to Nashville raises the stakes on this kind of investment. Of course, there was also the potential “And, on top of it all, if the store doesn’t do well and I have to close its doors in a year, that’s about 30 employees that I’m going to have to let go. And obviously, that crushes me.”

Wondering how UJ’s Chicago store came to be? Keep tuning in to Very Cavallari season three to find out more.