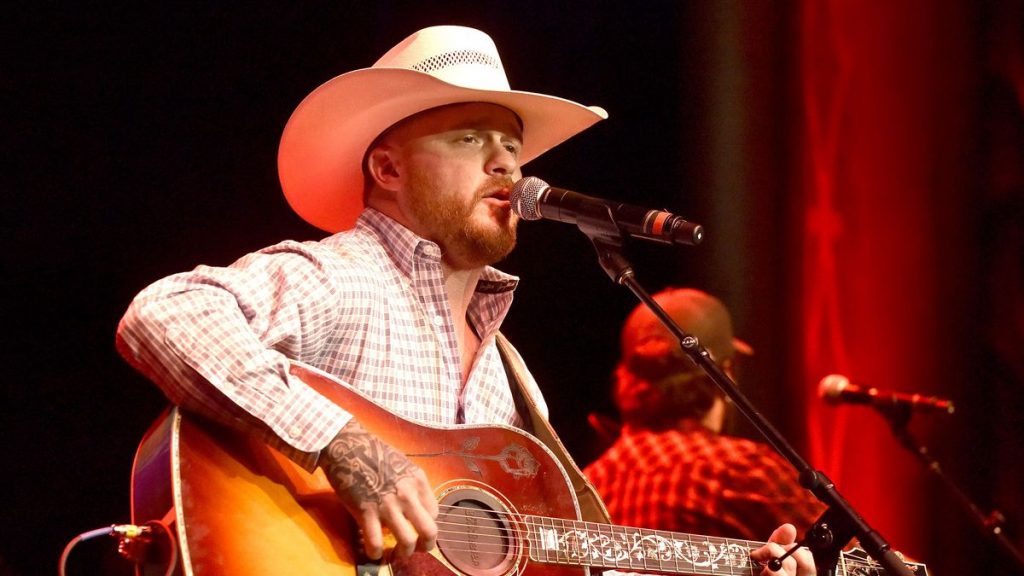 Cody Johnson Shares Magic of “‘Til You Can’t”

Cody Johnson and his traditional, ‘90s-influenced style of country music has long been a fan-favorite. Johnson built a bullet-proof name for himself in Texas then made the jump to Nashville when he signed with Warner Music Nashville.

However, Johnson’s reception at country radio has been tepid until now. “‘Til You Can’t,” the anthemic and inspirational power play written by Matt Rogers and Ben Stennis, is changing the story.

The debut single from Johnson’s new “Human The Double Album,” “‘Til You Can’t,” was released June 11, 2021, and has accumulated 85 million global streams – 35 million of them in the last seven weeks. In seven weeks, it also climbed to the Top 30 – a pace only duplicated by 21 other songs in 2021. Of those, 15 songs had a special promotion, such as an iHeart premiere, an On the Verge pick, or an equivalent boost. The remaining six were superstar (or superstar-linked) releases.

It’s one of the few songs on the album Johnson didn’t write, but he knew he wanted to be a part of it when he heard the lyrics.

“It would have been hard not to choose that song because of the message,” Johnson said. “My thought was if this is a hit, what a great message to have your name attached to.”

When he heard the original, Johnson thought it was sad and slow but heard an inspirational message in the lyrics. He went to record, and he and his producer Trent Willmon switched things up to make it a fist-pumping sing-along favorite.

“We were like, ‘This needs to be a message,’” Johnson said. “If you’ve got a chance, take the chance. Go out and chase your dreams until you can’t. Every one of us, you try not to think about it every day, but we all have an expiration date. From now until that expiration date, it’s about chase your dreams, take your chance, tell people you love that you love them. It turned into this happy, anthemic experience.”

Johnson said it was a unanimous decision on his team to release “‘Til You Can’t” as the album’s lead single. Judging by the response he’s receiving live and on country radio, he knows they chose well.

“I’ve not had a ton of success at radio, but I’ve thrived as a live artist,” he said. “And, ‘‘Til You Can’t’ is the most reactive song I’ve ever seen. People are screaming every word at the top of their lungs. It feels way different, right down to the meat and bones of playing it live.”

This summer, Johnson will get to hear what it sounds like when a stadium full of people sing the song back to him. He’s direct tour support on Luke Combs’ upcoming stadium tour.

In the meantime, he’s focused on playing his headlining show and doing all he can to support the song and the album.

“I told the record label I want to put everything I’ve got into this,” Johnson said. “This is going to be my heart and soul. We just have such a huge opportunity with this album and this track that we haven’t had it before.”