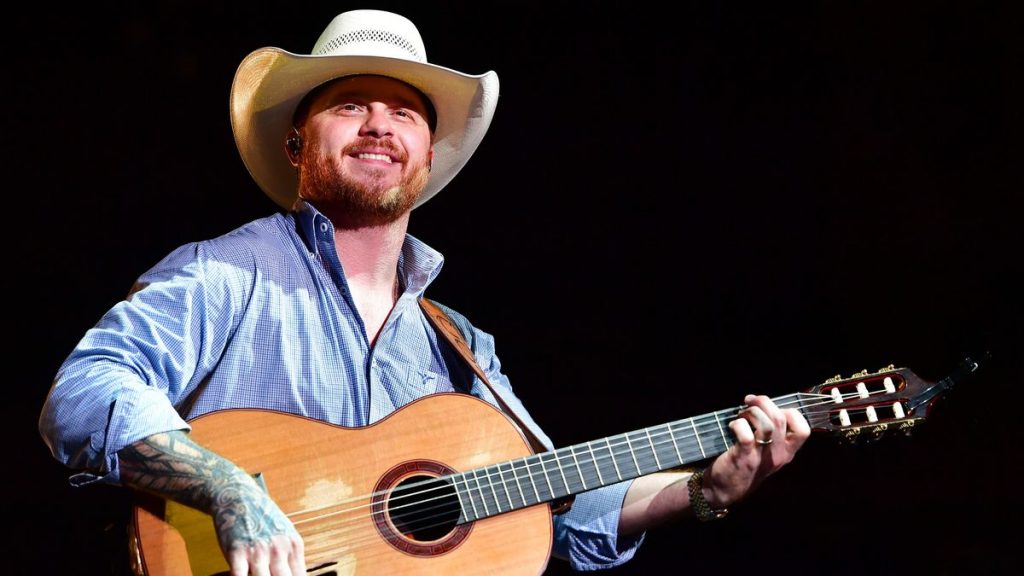 After opening night (Jan. 16) of the Wildcard tour in Tupelo, tour opener Cody Johnson called to tell me all about his first night out with Miranda Lambert. And the bottom line is, it sounds like the two Texans complement each other perfectly.

CMT.com: Okay. I know it’s only been one night, but give me your first impression of the first night of the tour?

Johnson: Miranda just really made us all feel at home. Her whole band and crew did. There is such a whole family atmosphere she has, and it’s so much like the way we run our tours. We’re not just a bunch of hired guns, we’re more of a brotherhood. And we encourage each other to be better, on stage and off stage. Miranda really opened up her door to us and welcomed us in.

Is it safe to assume you stuck around after your set in order to watch hers?

I did, and that’s so rare for me. I got to watch Miranda’s full show last night. And she is so talented and such a great entertainer. My wheelhouse is on stage, so I wanted to see how she utilized that stage that I just played on. I was so impressed. I’ve always been a fan of her writing. I feel like I understand her as a writer. We’ve talked about trying to write together some — it makes sense that we’d write songs because we both use the same verbiage.

So you got to watch her show. Did she watch yours?

She did. She has this great idea where there is a curtain to the side of the stage, so that she can watch the other acts without any of the fans seeing her and taking the attention away from the artist on stage.

And did her fans seem to be connecting with your music in kind of the same way?

I think because we’re both from East Texas, it’s easy to listen to her music and my music. She has a lot more females at the show than I do at mine, and I’ve noticed there is a big age difference, too. And that’s great, because those are people I don’t get to play in front of enough. At one point in her show, Miranda said to the crowd, “All you girls out there, by the way, you’re welcome for having Cody Johnson on tour with us.”

You mentioned that you’re both from East Texas. She’s from Lindale and you’re from Huntsville. And I know Texas is big, but I am assuming your paths have crossed before. How long have you known her?

I’ve only actually met her once before, when we were both playing a festival and we just had a beer and talked. But that was it. So last night was great because she has her husband out on tour and I had my wife and my daughters with me, and we had the chance to just sit around and talk like normal people. She is so gracious.

I apologize for the cliché, but I know this ain’t your first rodeo. You’ve headlined big shows for years. So what’s it like for you when you’re not the big draw?

It’s like a day off, to be honest. It’s an hour set. I’ve been playing shows for more than 13 years, and after an hour I’m usually just getting started. Some nights I play for two hours if I want to. Just getting creative and making stuff up as I go along. But when you’re opening, if you tell me I have 50 minutes, I want to be walking off the stage after 49 minutes. You’re there to do what you’re hired to do and then get the hell out of the way.

Since you’ve kind of played all the stages, what’s the biggest difference between an arena show and a honky-tonk show?

Every honky-tonk and bar we’ve ever played, I’m always thinking about the bigger stage. It’s been my goal the entire time to play arenas. So then every arena we step into, I’m thinking about stadiums we haven’t played yet. I take a lot of pride in the present, and I’m not saying that where we are isn’t good enough, but I’m always thinking of next thing. I truly come alive on a big stage. So on this tour, there’s something cool for me as an artist to take 10,000 people and make them feel like they’re in a honky-tonk with me. It takes a lot of courage and a little risk, but man, when you can pull it off, it’s unlike anything else.

Tell me about the vibe of your very first gig. Like the first place that you ever played live?

It was at my high school talent show during my freshman year. I played Garth Brooks’ “If Tomorrow Never Comes,” and when I got to the line about “sometimes late at night, I lie awake and watch her sleeping,” the girls all went crazy. I thought to myself, “I think I want to make music. I’m making girls scream, so I want to make country music.”

When you think back to your first few albums and compare them to Ain’t Nothin To It, do you feel like there’s been a natural evolution?

Natural evolution a good way to put it. That’s what happens when you’re pushing to be better. With my first couple albums, I knew music, but I didn’t know anything about the music business. Just the music. And I’ve had the opportunity to quote unquote change my music and to make it. I have had those conversations, like, “Would you consider taking your cowboy hat off” or “The real country thing’s not working in radio right now, but this is.” And I was always like, “But that’s not me.” To be honest, I never cared about getting rich and famous. All I ever wanted to do is play music I believe in.

You wrote two songs on your latest album, and used some of Nashville’s best writers for the outside cuts. Was that hard for you to give that part of the process up?

Look. If I was the best songwriter, I would’ve already written all the best songs. It’s a sense of maturity and humility for me to admit that my songs are good, but not as good as the incredible ones some songwriters write. And this has given me the opportunity to let a songwriter get a cut. Somebody’s gotta help these guys make a living, and I never want to take songwriters for granted. When I listen to the demo of a song I didn’t write, I hear the direction I have to take to make it mine. That’s such a different side of my brain. It’s almost more creative than writing a song, period. That’s the same approach I’m taking for the next album. I’ll listen to outside songs, but if it’s not me, were not cutting it. They might be great songs, but sometimes they’re just not me.

Do any of the songs on this album stand out to you as special somehow?

I wrote two on this one, “His Name Is Jesus” and “Dear Rodeo.” And that one I wrote with Dan Couch. When you write something you’ve lived, it’s hard not to love that. All we really had to do was write what happened to me. And very rarely do you get to be that autobiographical in a song. We were just discussing bull riding — I still rope steers and I ride cutting horses, you’re never gonna take the cowboy away from me, because that’s just who I am — and giving up on the dream of being a world champion bull rider in the Professional Rodeo Cowboys Association from the time I was a little kid. To give up that dream was very impactful. It made me figure out how to move on. It gave me the chance to see that God had other plans for me, obviously. And I think God was right. I shouldn’t have been a bull rider. People struggle with that all the time, even if it’s not about the rodeo.

So how did you approach the topic in a song?

Dan and I decided to write it like a love letter. The reason being, when I quit riding, it felt like a divorce. Dan said, “So if the rodeo is a woman, let’s write her a letter.” That’s the beauty of real, true, from-the-roots country music: it has not forgotten about the story. You’ll never me record a song about a girl in cut-off shorts jumping up on a four-wheel-drive tailgate. You’re never gonna hear that from me.

Johnson’s next stop on Lambert’s Wildcard tour is Friday (Jan. 17) at the Mississippi Coast Coliseum in Biloxi, MS.