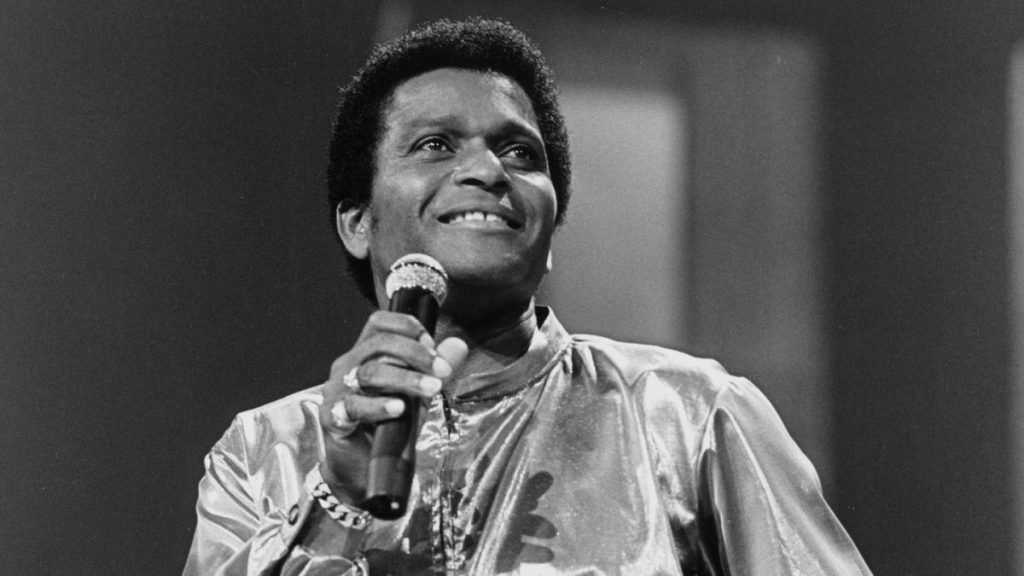 Uniquely, outside of Charley Pride holding the No. 1 spot on three separate occasions, 1971 in country music represented broad-scale sea change for the genre. For 30 of the year’s 52 weeks, Black or female artists — Pride, Dolly Parton, Tammy Wynette, Loretta Lynn, Lynn Anderson, and Sammi Smith were number one artists. However, the crossover and global success of Pride’s year-closing chart-topper “Kiss An Angel Good Mornin’” makes it the most noteworthy of a change-making slate of hit singles that year. Intriguingly, the DNA of “Kiss An Angel Good Mornin’” that exists beyond Pride’s performance offers significant reasoning as to why this — and not his seven previous No. 1 hits, was the change-maker.

“Kiss An Angel Good Mornin’” — along with many other hits by Charley Pride — was produced by Memphis-born and then Nashville-based producer Jack Clement. Clement’s Memphis roots are important to the conversation because Clement started his career as a producer and engineer for Sam Phillips at Sun Records. Uniquely, Sun is notable in that for as much as it’s known for working with artists like Johnny Cash and Jerry Lee Lewis, groundbreaking Black performers like Rufus Thomas and BB King also recorded at the studio. Sam Phillips, of course, did not hire Black producers and engineers to work with Black artists, so young white producers like Clement gained an extra education as cultural translators able to develop skills that crafted records that were “separate, but equal” at a time wherein music charts were segregated. However, by 1971, those walls were falling. The ability, in country music, to craft records that could soulfully swing — plus allow for sweet baritones and tenor sounds familiar to African-American vocalists to not sound alien in the genre — was extraordinarily important.

The unique sonic space that Black vocals and the rhythmic, blues-defined space in country music occupy was seen by Clement as something special, a notion that he often conveyed to Pride in the studio.

“When I started working with Jack Clement, I had never been in a studio in my life,” Pride told Sirius XM in 2020. “He’d tell me, Charley, 50 years from now, you’ll still be hearing these songs we’re recording now.” Moreover, in regards to what Clement was recording, acclaimed critic Robert Christgau notes in his 1981-released Christgau’s Record Guide: Rock Albums of the Seventies, “Pride’s amazing baritone — it hints at twang and melisma simultaneously, and to call it warm is to slight the brightness of its heat.”

More than any other reason, the idea that this magical, universally connective blend of soul, blues, and country was finally added to a song purely about love, is important. “Kiss An Angel Good Mornin’” was a stylistic progression for the groundbreaking star. Pride had hits, but they were all perhaps a bit bittersweet, and not so entirely based in love and love alone. His other 1971 hits, “I’m Just Me” and “I’d Rather Love You,” include lyrics in the latter like, “If tonight should be our last night together I’m not sorry that we fell in love at all / If tomorrow sun should find me hurtin’ for you I know / That the price for loving you would still be small,” and as for the former, it’s a song that is humble, but also feels like all of the things a mate says when they’re trying to console themselves for falling short of satisfying someone who is just a bit out of their league.

“Kiss An Angel Good Mornin’” celebrates honoring your mate at the start and close of every day as the key to maintaining a happy and fulfilled marriage. If looking at the rest of Pride’s previous hit output as a prelude, the arrival at the incredibly simple notion of kissing and loving, instead of undercutting your own expectations, lamenting a last night together, straying from love (“When The Snakes Crawl At Night” and “Does My Ring Hurt Your Finger?”), or other more complex issues faced in a relationship. Ultimately, the achievement of conveying life’s simple joys with a magnificent voice over complex countrypolitan rhythms and melodies — instead of discussing complex emotions over those same types of tracks — is the greatest victory of Pride’s signature song.

The success of “Kiss An Angel Good Mornin’” led to Pride achieving being both the Country Music Association’s Male Vocalist of the Year and winning a Grammy for Best Male Country Vocal Performance. In regards to Pride breaking out in 1971 — in relation to other hits of the era — Clement told Ken Burns the following in his 2019 Country Music documentary for PBS: “All the music sounded alike. And there was no real movement in it; no changes. It was all just kind of ‘sticky’. I thought it ought to be a little more inventive. I thought it ought to move out a little bit. And it finally did.”