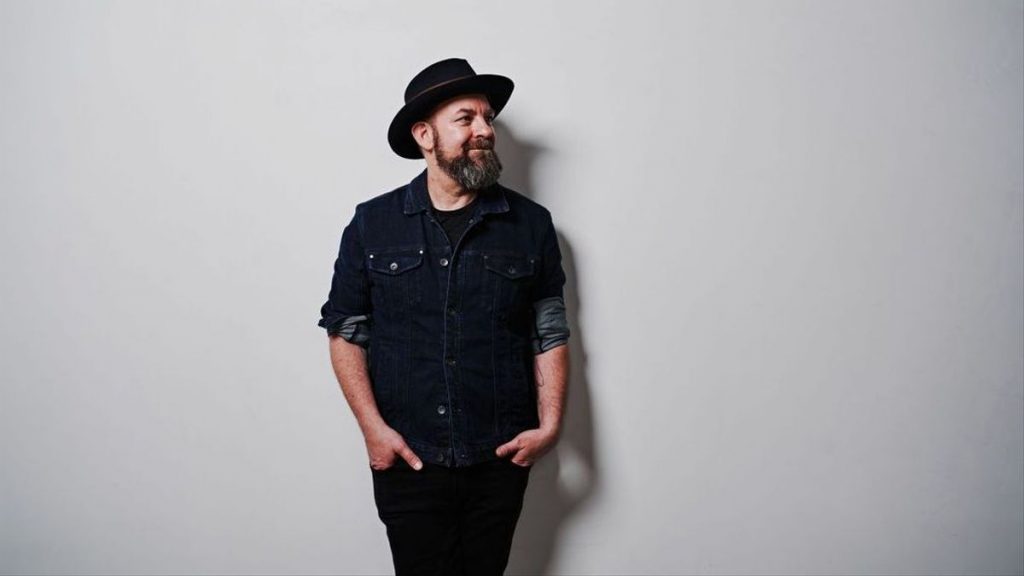 Kristian Bush has his guitar pick on a lot of different instruments these days.

He’s hopping between his newfound talent for penning musicals, his jam band Dark Water, rock band Billy Pilgrim and his solo career – which is taking an old-timey, toe-tapping turn with his new album “Troubadour.”

Six years after Bush’s solo debut, the Sevierville, Tenn., native returns with a fresh, authentic sound that leans into his Appalachian heritage. Available now, “Troubadour” is a 16 – song collection that begins with traditional 1930’s bluegrass and progresses through the decades to land on a timeless Americana dynamic.

The album’s lead single “Hunt Dog Hunt” is a bluegrass throwback about never giving up.

“I love the way the song can be fun and roots and joy as well as so incredibly southern, and the video brings all of that to life,” Bush said about his rootsy, bluegrass lead single. The track also has a video featuring puppies from his partnership with the Nashville Humane Association who jumped on board to support the clip.

“Any day with puppies is a good day,” noted the vocalist, who alongside Jennifer Nettles comprises the country music duo Sugarland. “I loved the director (David Colon) and his vision.”

The video was filmed on a farm in Chapel Hill, Tenn., just outside of Nashville. Up-and-coming country singer Alexis Wilkins stars in the video and the couple dancing at the end, Ira and Nanette Todd, own the farm.

The veteran vocalist sings, “You know he won’t give up / ’Til he trees what he’s looking for / Yeah, you can bet his nose / Is on the money wherever he goes/ I know he don’t really look like much / But all the girls just fall in love.”

“This record is me,” Bush said. “One way or another, where you grew up is what’s in your bones. As many wonderful, crazy opportunities as I get in my life to go play music, you have to know where you’re from because otherwise, you’ll have no idea where you’re going.”

“Troubadour” doubles as the soundtrack to Bush’s country music musical of the same name.

“You don’t know where one note ends and the other begins. They all start to move together, and they’re making a color that only people from the mountains make,” Bush said.