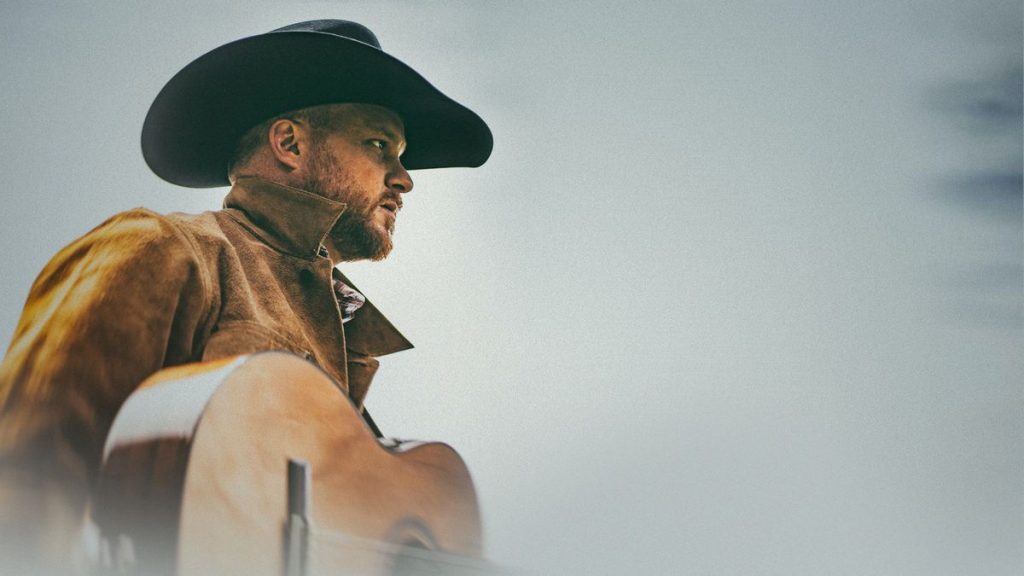 CMT INTERVIEW: Cody Johnson On His Double-Album ‘Human’, And The Impact Of Achieving Creative Freedom

Eight albums into his fifteen-year career, and Texas-born former rodeo cowboy and former indie country music artist Cody Johnson is currently two Warner Nashville-released albums and an autobiographical feature-length documentary film into self-made mainstream stardom. “I’m at a comfortable place right now. I’ve worked my tail off, so the hard work is out of the way,” he tells CMT. Thoughts that success that has piqued the interest of mainstream icons — and fellow rodeo riders — like Reba McEntire have gone to his head are cut short immediately, though. “Let me say this as nice as I possibly can,” he offers with strength mixed with an undertone of a smile in his voice, “I’ve never been anything other than myself. I don’t create music for number one singles, playlists, or notoriety. I make music that I believe in from my heart and soul.” Human, his just-released double album, could be his best yet. Reflecting an artist focused on being as consistently excellent as unflinchingly real, it’s a superstar turn of a release. In regards to it, Johnson makes a bottom-line statement. “When you hear all 18 of those tracks [on Human], that’s exactly who I am inside, musically. I owe it to myself, my fans, and this industry to be unapologetically authentic.” In this CMT interview, expect to learn about the impact of creative freedom on a passionate artistic soul.

Marcus K. Dowling, CMT: Your double album, Human, feels momentous. Many albums sound great and have profound lyrics, but this one has a certain gravitas that kind of jumps off the record. Thoughts about that?

Cody Johnson: Making this album was very therapeutic for me because it let fans of my music in to see a deeper scope of who I am. So many of the themes that I’m diving into here are things that I haven’t been able to say before. As much as I never want to make something entirely self-centered, honesty, authenticity, and vulnerability are important goals for artists to aspire to reach because people can tell the difference between fake and real.

CMT: I have to ask: What other music and principles guide your creative process. Your style is as “traditionally country” as it gets in the “pop” realm, but it also feels like it extends a bit broader than that too. What’s typically inspiring you these days?

CJ: As much as I listen to artists like Don Williams, George Strait, The Steel Woods, and Merle Haggard, I also listen to classic rock, and well, pretty much anything that makes me feel good. That includes Dean Martin, Frank Sinatra, rap, whatever. Being in a good mood when you sit down at the drawing board helps you write from the perspective of — no matter what you’re writing about — feeling good, at first, about who you are as a person.

CMT: When reflecting on Human, what’s the one defining moment that guided the album’s direction? Also, if you could summarize the process in one word, what would it be, and why?

CJ: I recorded this entire album without talking to a single label representative. When it was done, John Esposito, the president of Warner Music Nashville, called me and said, “Is the album done?” I said yes. He continued to ask, “how many tracks are on it?” When I told him 18, he said, “let’s do a double album!” Having that kind of freedom from the label was fun. This album reflects the type of relationship I’ve developed with [Warner Music]. Nobody’s breathing down my back on how many beats per minute the songs have to be, what concepts I need to discuss, and anything else. How was it to create this album? Freeing. I had complete creative freedom. And it felt great.

CMT: Before we jump back into Human, I wanted to ask about the 2020 single “Dear Rodeo,” which I feel served as a mainstream “breakout” of sorts. It defined who you were in a way that connected you — almost immediately, it seemed — to a rather passionate and expanded fanbase. What does the song mean to you now?

CJ: When we wrote “Dear Rodeo,” I actually told Dan Couch that the song was too specific and that nobody would relate to it. But, lo and behold, once it was released, people like Reba McEntire were touched by the song. And then people were coming up to me and telling me their personal stories that have nothing to do with rodeo that deals directly with the concepts that inspired the song. So it was beautiful that a song that I wrote specifically about me reached such a broad spectrum of people from all walks of life. We all go through our own “Dear Rodeo” story, and it has become a privilege and an honor to have released that song.

CMT: I also wanted to ask about the “back to country” movement occurring in the genre these days. Many would consider you to be at the leading edge of this moment. What are your thoughts about this? Do you accept the torch, or are you more willing to just let your music speak louder than you could?

CJ: Well, it’s important to let the music speak for itself. I’ve never wanted to be one of those guys screaming, “I’m bringing ’real’ country back!” Instead, my type of “leadership,” if you want to call it that, is very quiet. When you lead by example — and this album is that type of example — others will follow.

CMT: One thing about Human that sticks out is that — in the vein of “traditional” country — these songs have a certain balance to them that feels like there’s a bit more at work here than what most people would call “straight ahead” country. Can you take me into the process behind a few of the tracks that stand out in how a song started one place, then sonically or emotionally ended up somewhere else?

CJ: Well, actually, that’s true. You could say that about most of this album. “Stronger” involved Trent Willmon, Dustin Miller, Jared Elledge, and I were listening to this very somber song we’d created, and I stopped and said, “guys, do you hear these words: She’s like a lighthouse standing in the path of a mad hurricane?” I told them that we needed something rockin’ and dramatic to add to that to really pull the passion out of those lyrics we were writing for that one. “I Always Wanted To” was kind of this sad song from the perspective of a 90-year-old person in a nursing home. Everyone in the writing room for that one kept telling me that it had just to be sad. However, I countered that sad songs could also have some grace and power to them too. “I always wanted a son, I always wanted a woodshed” are actually not sad words; they have some power, too. So we added that element to that song. “Driveway” involved Matt Rogers, Lindsay Rimes, and I worked on that. Matt is from the north, and I’m from the south — the song’s original lyrics included “a tall maple tree,” and I changed it to “a tall hickory tree,” Matt said “small mouth bass,” and I rewrote it as “large mouthed bass.” He wrote “football,” and I said “baseball.” And while those differences may seem small, that’s just me creating and adding myself, authentically, to everything on this album. “Treasure” is another one where we took a tongue-in-cheek pop song and turned it into a rockin’ bluegrass track. That’s the thing about freedom in the studio when you already know your way around a studio. Self-exploration within the context of a song allows you to ask yourself to find yourself within it. It’s a fun process.

CMT: What lessons did you learn from making Human and creatively, from 2020? They feel like they, together, represented a professional evolution for you. Is that so?

CJ: [Metaphorically] I’m taking a lot of huge steps out on huge ledges these days. I’m being a lot more human, and myself, in front of my fans and the world. And I’m still learning how to be comfortable with it. To remove every barrier from me and the world — political affiliations, skin color, whatever — and acknowledge that we’re on a level playing field as far as sharing everyday problems, I hope that the impact it’s had on me is the same impact it’ll have on everyone else. Initially, I just wanted — as I always do — to put out good music. This double album proved to be so big that it’s actually inspired me more. So you can expect a 10-track Christmas album in November as well. I’ve started swinging, and I’m not gonna stop. I’m going to play fewer shows in 2022. As much as I’ll be spending time at home with my family, sitting, and being still, I’m going to get more creative in other ways. You’ll see me appearing in some films and TV shows, focusing on expanding my brand a little bit in those ways as well.