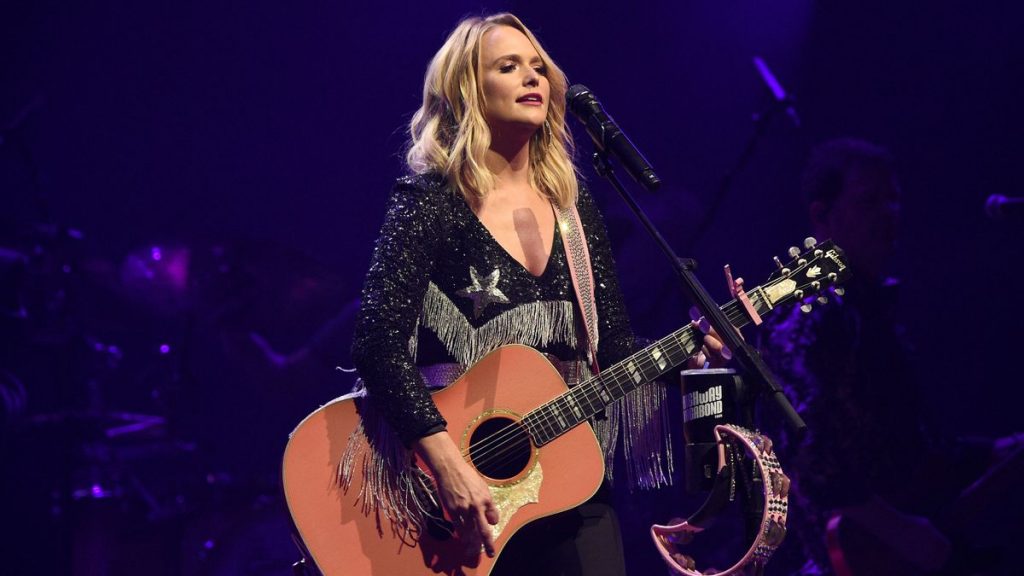 CMT Goes On the Road with Miranda Lambert

By the end of our time on the road with Miranda Lambert, she came to this very apt conclusion: It’s kind of a weird life.

“You wait all day to do your job,” Lambert told us. “But then you get to do the most incredible job in the world. It’s waiting all day long for then this surge and burst of energy. And then your adrenaline’s going, and you have to calm down from that late at night.”

She’s not wrong. It does sound kind of weird. But weird in the very best way, we discovered.

CMT caught up with Lambert — and Pistol Annies and Tenille Townes — while they were still out on the road for the Roadside Bars & Pink Guitars Tour. And while this may have been Lambert’s first time bringing out all female openers, it was not her first time in front of massive, passionate and loyal crowd.

“I’ve been making music on the road for a living since I was 17. I went from bars to opening for Keith Urban,” she told us. “So that was a huge jump for me to sort of get thrown in and learn from him.”

The bottom line is, Lambert now knows exactly how to throw a tour. And in 2019, with so much solid country music coming from female artists, she thought, why not?

“Having an all-girl tour out on the road is so opposite of what I grew up knowing. But I think I’ve learned something different from every tour I was on. And I’m trying to execute all that on my own tour.

“I’d never toured with a woman,” she explained. “So I thought, ’If I ever had my own tours, we’re gonna have nails and yoga and blow outs and taco trucks. Sometimes snow cones, you know?’ Whatever amenities to break up the monotony of your every day.”

But it’s not all blow outs and taco trucks. There is work to be done, all day and all night. And Lambert seems blessed to be on this long stretch of highway with the band and crew that she knows have her back.

“I think that it would surprise people to know just how much work and time we put into it: showing up to the venue and putting on a show and then rolling to the next town takes a huge team of people and a lot of money and a lot of rehearsals,” she said. And during that tour, she added, it was helpful to have her Pistol Annies sisters (Ashley Monroe and Angaleena Presley) with her. That way, they can make music and have a support system built in.

“We actually were talking,” Lambert said, “we kind of miss having some sister moments. So we’re having to carve those out now versus it kind of being a slumber party all the time with us, because of just more life responsibilities.”

Lambert’s next tour stop is on Wednesday night (Jan. 29) in Phoenix, Arizona.