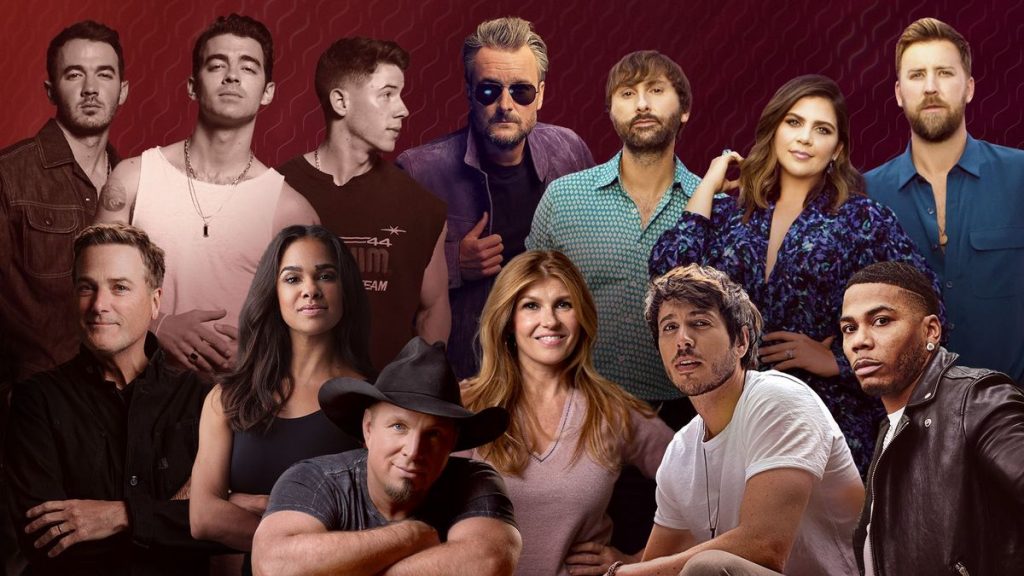 CMT has revealed its presenters for Wednesday, October 13th’s 2021 “CMT Artists of the Year” celebration, airing LIVE from Nashville’s Schermerhorn Symphony Center at 9p/8c on CMT.

As previously announced, the ceremony will also feature much anticipated, never-before-seen performances and collaborations with artists including Boyz II Men, Jonas Brothers, and Kevin Olusola of Pentatonix. Plus, Walker Hayes and Yola are scheduled to perform, along with Barrett, Brown, Ballerini, Combs, and Guyton.

The 90-minute special returns to its original format after adapting last year to honor some of the most vital and inspirational Americans on the frontlines of the pandemic. The 2021 “CMT Artists of the Year” is executive produced by CMT’s Margaret Comeaux, Switched On Entertainment’s John Hamlin, and Amy Lin Johnson. The Executives in Charge of Production are Jackie Barba and Heather D. Graffagnino. Leslie Fram is Executive in Charge of Talent; Shanna Strassberg is Talent Producer.