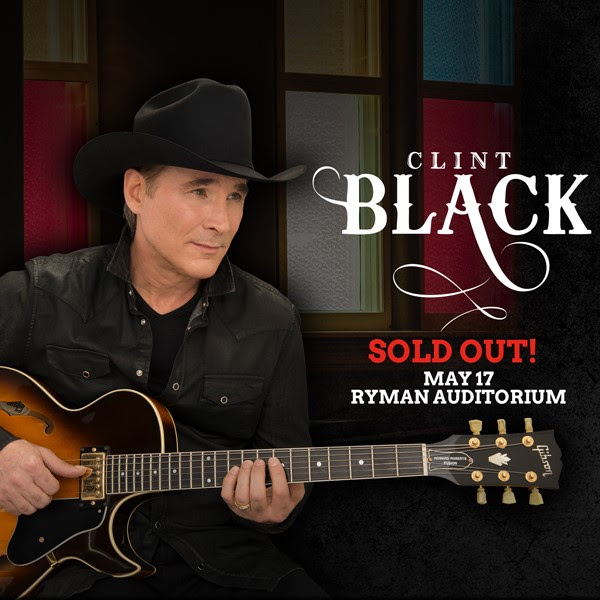 
(February 13, 2020 – Nashville, TN) One of Country music’s most celebrated artists, Clint Black, has sold out his upcoming show at Nashville’s historic Ryman Auditorium, on Sunday, May 17th. Known as the “Mother Church of Country Music,” Black’s last appearance at the famed venue was back in 1999.

“The Ryman holds such a special place in our history, I’m especially thrilled to be playing there. And knowing the fans are going to fill it up for us has us all really excited for May 17th! We’re planning for a very special evening here in Music City!” says Black.

Black rounded out 2019 with the release of his impressive 22nd album, Still Killin’ Time,
which features eight live recordings of his hits and two studio
recordings, “This Old House” and “No One Here For me” – songs that were
originally written for his 1989 debut album, Killin’ Time.